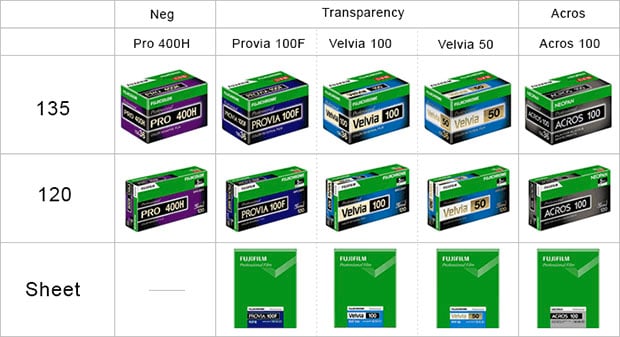 The hearts of many a film photographer sank last June when it was reported that Fujifilm would soon be killing off most of its Velvia film lines, including all off the sheet film lines, leaving only 35mm and 120 format films for Velvia 50. If you’re one of the people who went out and began stockpiling the film for future use, here’s some good (and perhaps bad?) news for you: reports of Velvia’s death were greatly exaggerated.

It turns out the popular film — known for its high color saturation and image quality — will continue to be offered for sheet film photographers.

While it’s true that a number of the Velvia lines will be discontinued, the only Velvia 50 line to be sunsetted is 5×7 format. This means 4×5 and 8×10 format Velvia 50 will continue to be produced and offered.

Fujifilm is, however, announcing that its films will be — drumroll please — getting a branding makeover! You can see the redesigned boxes at the top of this article.

Here’s a chart showing the film lines that will simply be getting a redesign to their packaging: 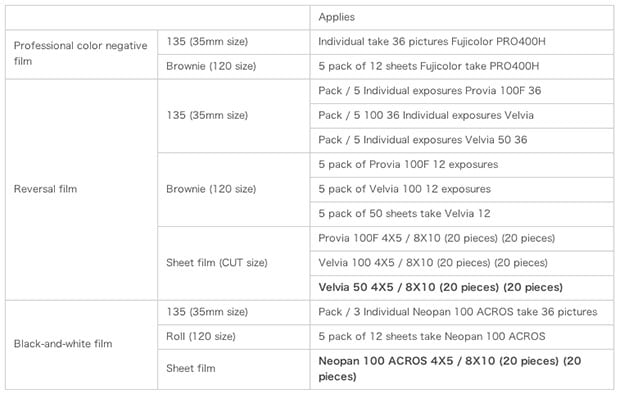 This chart shows the films that are actually getting the axe. If you’re a diehard user of one of these films, the recommended alternatives are listed on the right: 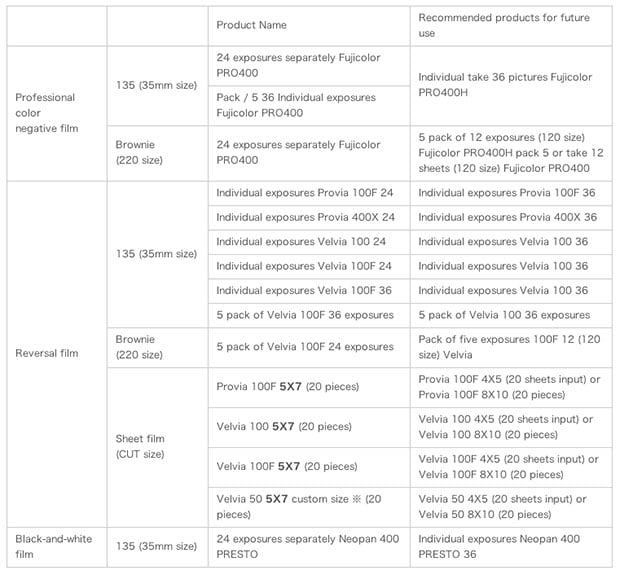 There is a bit of sad news, though: the company is also saying that prices of its films will be increased by about 25% starting in April 2013 due to the ongoing decline of demand for its films.

You can read Fujifilm’s original press release here or an English translation here.