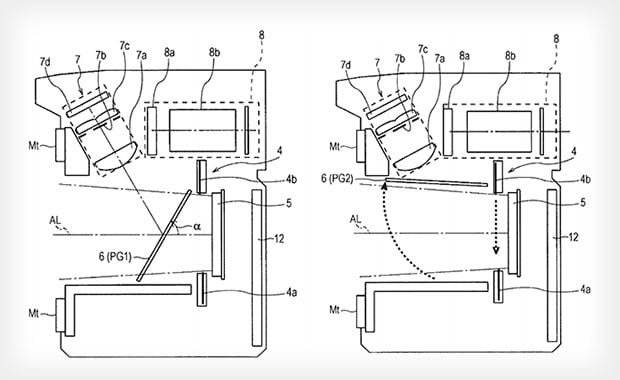 Most SLR cameras feature a mirror lock-up mode that allows photographers to eliminate the vibration (and blur) caused by the mirror flapping up and down whenever a shot is snapped. Sony’s SLT cameras don’t offer this when it comes to the pellicle mirror found inside — not yet, at least.

A Sony patent filed back in 2009 and published earlier this week shows that the company has been tinkering with the feature. sonyalpharumors is also hearing from a source that it’s something the next generation of Sony SLT cameras will offer.

Although the mechanism would be the same, the purpose of the flip-up would be very different.

As you probably know, Sony SLT cameras feature a pellicle (i.e. semi-transparent) mirror that allows most of the incoming light to fall onto the image sensor, but redirects a tiny amount for the autofocus system. 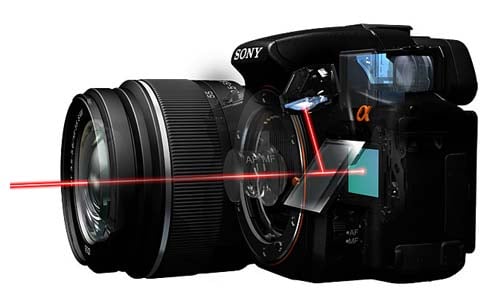 This means the camera doesn’t need to deal with the mechanical annoyance of having the mirror pivot out of the way for every exposure, allowing it to achieve faster shooting speeds than traditional DSLRs.

The downside to the technology is that you lose some of the light that should be hitting the sensor. Casual studies have shown that you lose about 1/3-1/2 stop and 5% in image detail due to the mirror being in the way of the scene and your sensor.

Thus, what Sony would be doing with the flip-up mode would be to allow the photographer to capture 100% of the light when they need to. The patent states,

It’s exciting news for Sony shooters who don’t need the pellicle mirror anyway (e.g. those who only shoot manual).

How Fake Photos Are Messing With Our Perception of Reality