Last month, there was a total solar eclipse that was visible to people in Australia. Photographer Colin Legg captured the whole thing as three separate time-lapse videos (seen above). The short but beautiful clips show the moon passing in front of the sun, a darkness sweeping across the vast landscape, and the moon’s shadow sweeping across the sky!

Since clear views to the north and east were difficult to find, Legg wanted to fix his camera to a high vantage point that isn’t obstructed by landforms. He hiked to a 2800-foot peak in northern Queensland (in a place called “The Granite”) and spent the night sleeping on a rock ledge in order to catch the eclipse from that spot the next day.

The three time-lapses he captured are from the same location but with cameras equipped with different lenses and purposes:

The first used a constant exposure, while the latter 2 tracked the light in the final 2 minutes either side of C2/C3, using bulb scripting. Eclipse Orchestrator software managed the light curve, while the cameras were triggered by a custom microcontroller […] 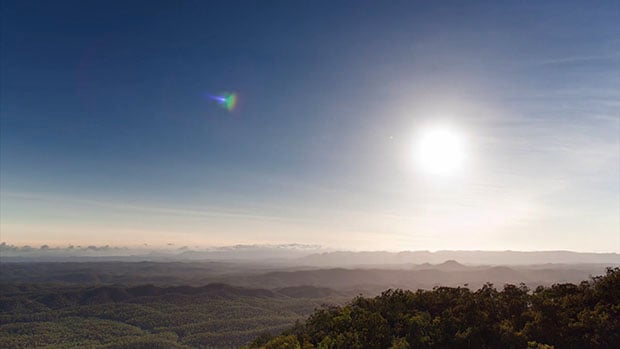 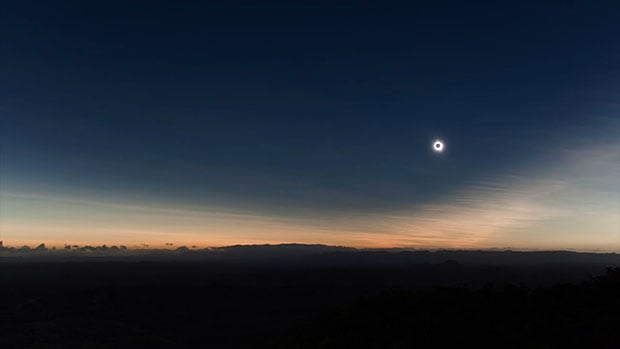 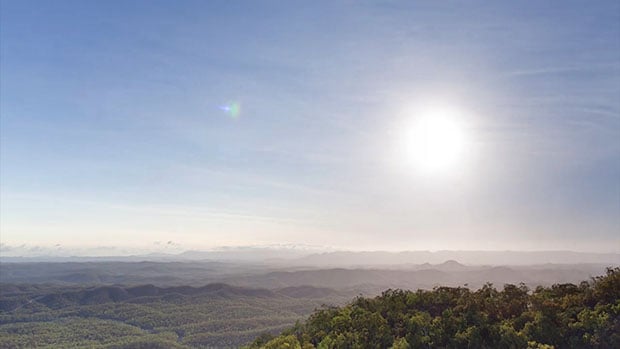 Legg says he was inspired to create his video after seeing this 2-second clip by photographer Joe Cali, created back in 2008:

You can find more of Legg’s work over on his Facebook page.

Pilgrimage: A Photographer’s Journey to One of the Birthplaces of Photography

How to Make a Padded Lens Case Using Plastic Bottles