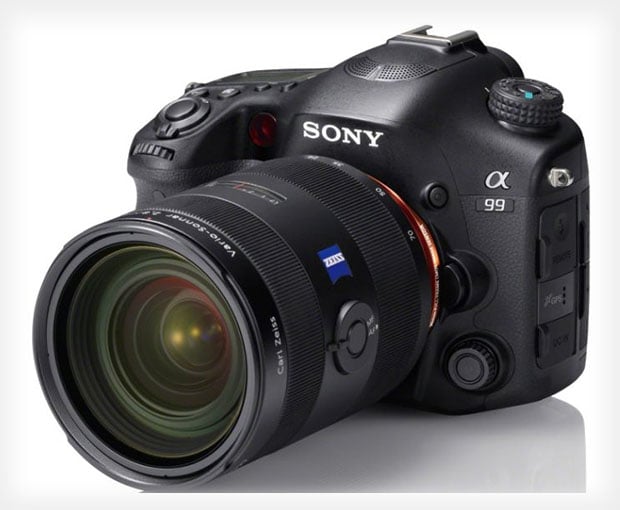 Sony has launched a beastly new full frame camera to wage war against the flagship DSLRs of rival camera manufacturers. The A99, which saw its share of leaks over the past couple of weeks, is the company’s new flagship professional camera, replacing the full-frame A900 and A850. It’s also the world’s first pellicle mirror full-frame digital camera, combining the image quality benefits of having a large sensor with the speed benefits of having a semi-transparent mirror. For photographers who demand the fastest and sharpest focus, the A99 features a powerful dual focus system. In addition to the main 19-point autofocus sensor similar to what you might find in other DSLRs, it also packs a 102-point focal plane phase-detection system overlaid on the CMOS sensor itself. Since there’s a semi-transparent mirror that splits light, both autofocus sensors are used simultaneously for optimal focusing speed and accuracy. 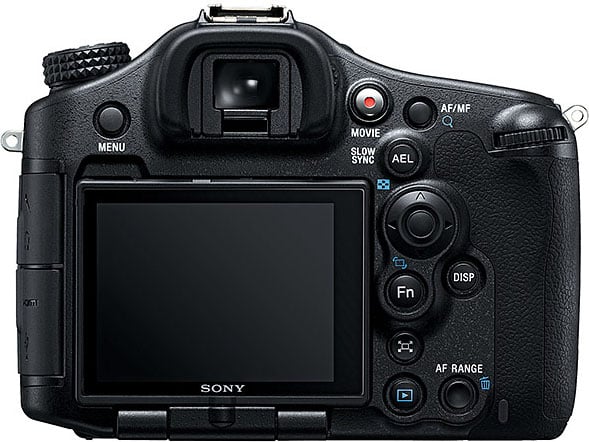 On the video side of things — a standard in digital cameras these days — the A99 features Full HD 1080/60p and 24p video recording, and can do full-time continuous autofocus during movie mode. It’s also capable of real-time full HD video output via HDMI, and can do ‘dual-card’ recording to both card slots. The front of the camera features a new multi-control dial that lets filmmakers quickly adjust camera settings during filming, settings such as exposure compensation, ISO, shutter speed, and aperture. 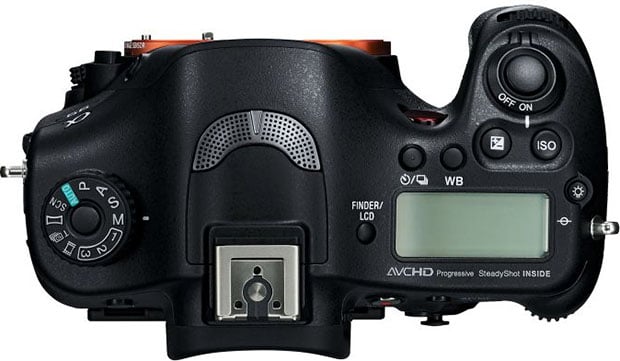 The A99 is designed to be both durable and portable. The body itself weighs just 733g, making it the world’s lightest full-frame interchangeable lens DSLR. On the other hand, it features weather-sealing, ruggedized buttons and controls, and a shutter thats rated to 200,000 actuations. 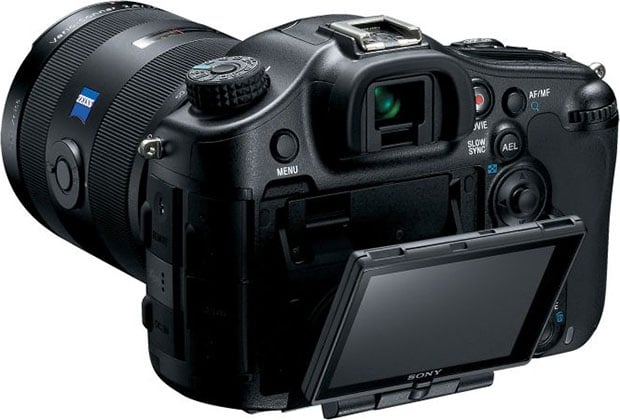 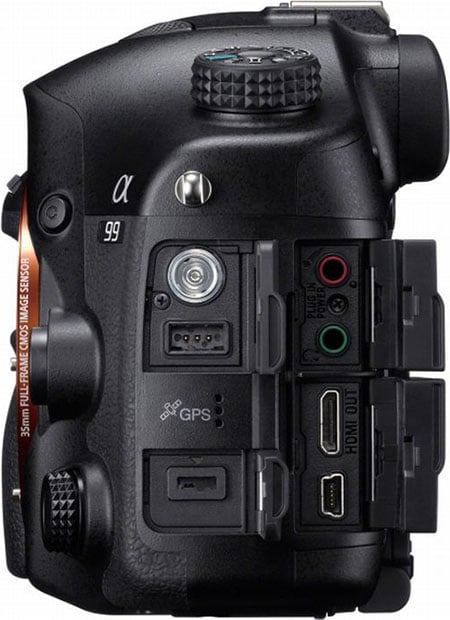 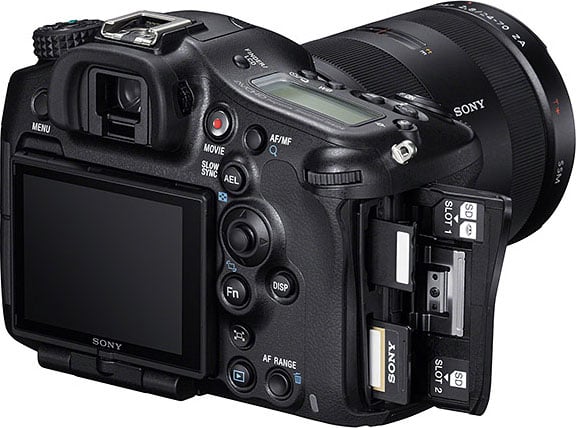 Check out this short promo video introducing the A99:

Here’s a first look at the new camera:

This video shows some samples showing the camera’s video quality:

The A99 will hit store shelves in October 2012 for the body-only price of $2800. If the image quality of this camera turns out to be solid — and there’s no reason it shouldn’t, since Sony supplies other camera makers (including Nikon) with sensors — then this camera should stack up quite nicely against full frame DSLRs such as the Canon 5D Mark III and the Nikon D800.

Since Sony is the only major camera maker offering serious pellicle mirror cameras, the A99 at the very least offers something different than the cameras that dominate the industry. Is different better, though? We don’t know — only time will tell.