Update: We’ve removed both leaked photos from this post at the request of photographer Michael Yamashita. 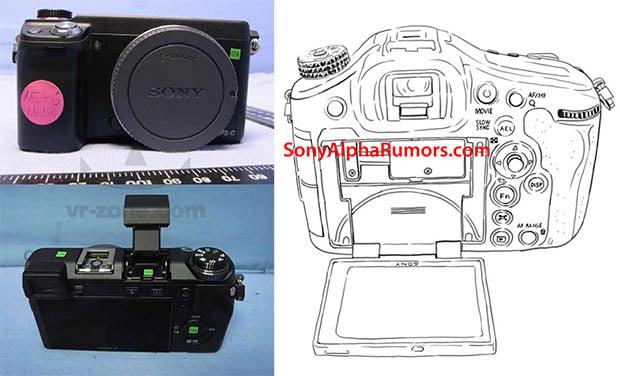 Although the two cameras were leaked together, Sony’s NEX-5R and NEX-6 mirrorless cameras are being announced separately (the Wi-Fi-equipped 5R was announced this past Wednesday). Now, detailed specs for the NEX-6 are emerging ahead of its September 12th announcement. We’re also seeing some “sightings” of a second major camera that’ll be announced on the same day: the high-end A99 DSLR.

Here are some detailed specs about the NEX-6 according to Photo Rumors: It’ll feature a 16.1MP APS-C sensor, an ISO range of 100-25,600, a high-res electronic viewfinder, a 3-inch tilt-able LCD screen, built-in Wi-Fi and apps (the major features of the 5R), built-in HDR, a built-in flash, hybrid autofocus (phase + contrast), and HD video recording. The price will be a cool $1,000.

sonyalpharumors published a screenshot from a YouTube video showing what appears to be the A99 being used in the wild. The video, which showed National Geographic photographer Michael Yamashita shooting in Yellowstone, was quickly removed from YouTube.