Here’s a video that offers a peek into the life of a Reuters photographer covering the Olympics. It features photographers and editors on the Reuters team talking about the joys and challenges of shooting the biggest sporting event in the world.

50 photographers and 20 support personell were sent to the games, which they say is the hardest (but best) assignment a sports photographer can ever receive. 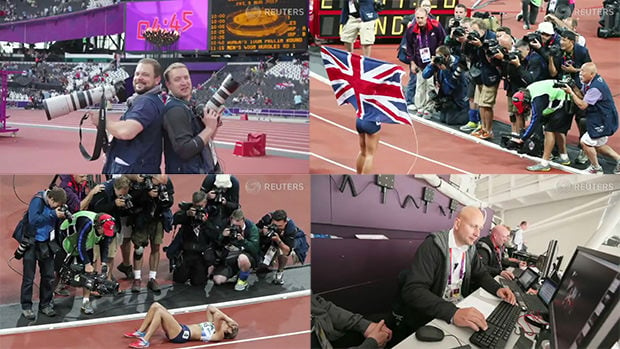 The main challenge faced by the photographers is the scale of the event and the fierceness of the competition. There’s a sea of athletes at all the events, and a sea of photographers sent by organizations around the world, competing to capture the best shots.

If you think you work on a tight deadline, consider this: the starting gun of the highly anticipated mens 100m final went off at 9:52pm, and Reuters’ photos of the finish were sent out to clients at 9:55pm, just three short minutes later. That’s a pretty fast turnaround time…

Attach a PEZ Dispenser to Your Hotshoe for Child Photography