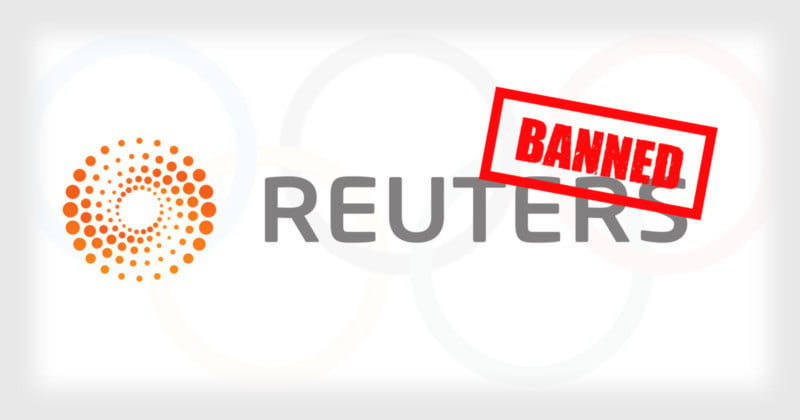 Reuters photographers and reporters have been banned from the Winter Olympics opening ceremony in PyeongChang, South Korea, next month after the international news agency leaked photos of the rehearsal.

South Korea’s Yonhap News Agency reports that on Sunday, Reuters filed several photos of the Olympic cauldron being lit with fire during a rehearsal at the Olympic Main Stadium. There are strict media embargoes that are designed to prevent these details from being published, and Reuters violated them by publishing the photos without permission. Reuters then reportedly took the photos down after both the International Olympic Committee (IOC) and the PyeongChang organizing committee protested the publishing of the pictures.

To punish Reuters for violating the embargo and leaking the photos, the IOC “disapproved the issuing of passes towards Reuters in reporting and photographing the opening ceremony,” announcing the decision in a statement today. What’s more, the Reuters photographer behind the photos has been stripped of their media accreditation for the games.

In a statement, the PyeongChang organizing committee writes that it will “enforce strong penalties on media companies and their reporters who disobey embargoes of the opening and closing ceremonies as requested by the IOC and the organizing committee,” according to Yonhap.

Giveaway: Win Your Choice of Camera, a Tamron 24-70mm Lens, and More!