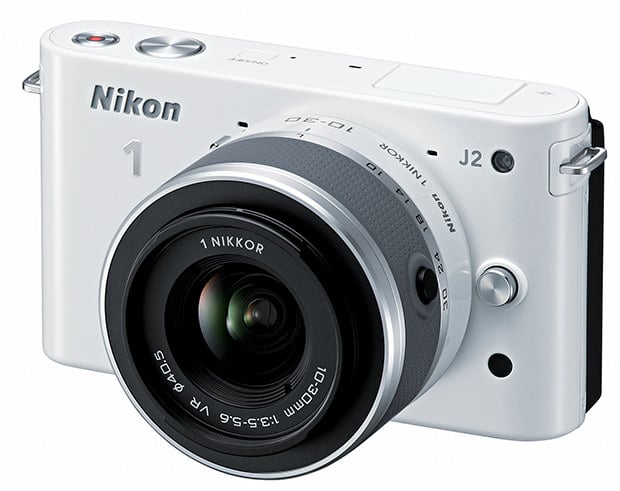 Well, that was fast. Just a couple days after photos of the duo leaked onto the web, the Nikon 1 J2 mirrorless camera and Nikkor 11-27.5mm lens are now official.

The new Nikon 1 J2 improves on the J1 in a few subtle but welcome ways: it boasts a Creative Mode with photo effects (the camera’s geared towards casual shooters), a new metallic build, a higher-res LCD screen, and some sleek new color options for the camera itself. 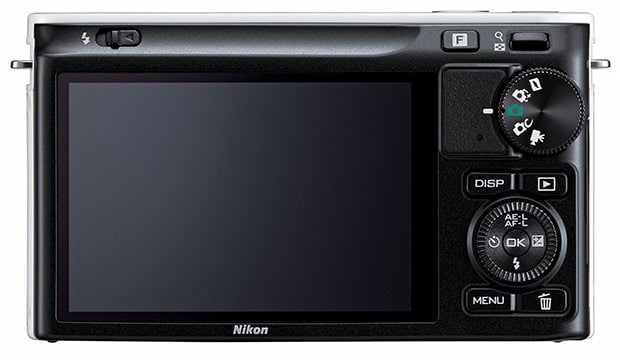 The camera’s body is now metallic, and comes in new deep red and orange colors in addition to the white, black, silver, and pink models offered in the J1. 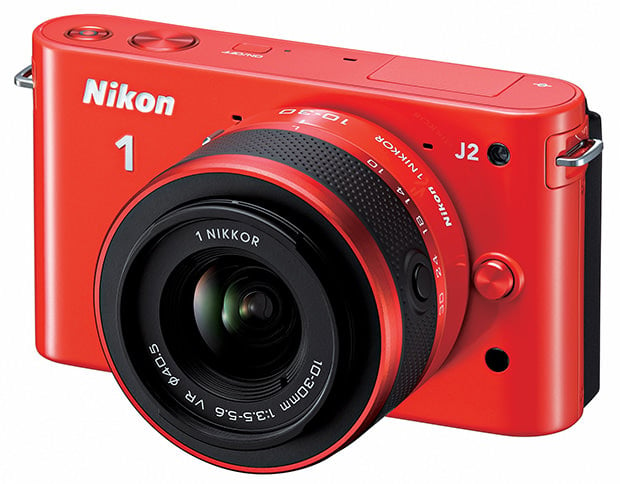 Most of the other specs are the same as its predecessor: a 10.1-megapixel CX-format CMOS sensor, HD video recording, and 10fps continuous shooting (up to 60fps is AF is locked).

However, Canon has opted to stuff its camera with an APS-C-sized sensor, while Nikon has gone with a new (and much smaller) 1-inch sensor. Check out the size comparison:

It’ll be interesting to see how Nikon responds to this new rival, since it might be difficult to change its sensor size decisions now that there’s an entirely new lens mount.

For the time being, it’ll have to be content offering a more affordable mirrorless system that has slightly superior portability (the J2 it’s both smaller and lighter). 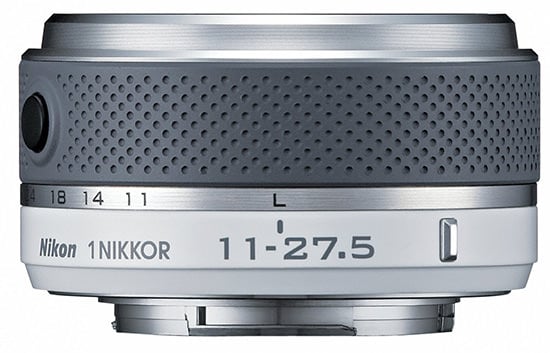 It comes in both black and white flavors, and will arrive in stores in late September 2012 for the price of $190.

P.S. There’s also a new WP-N1 waterproof case for the J1 and J2. It’ll also launch in September, and will cost a cool $750 for underwater adventurers.