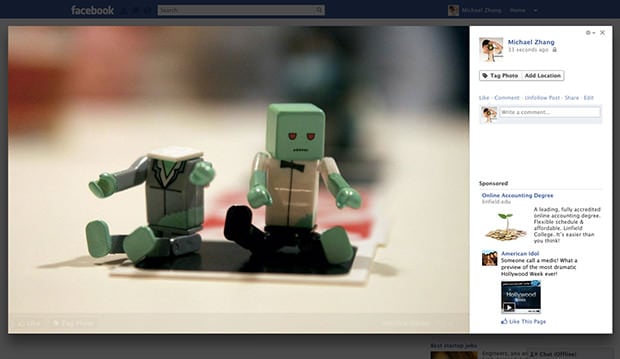 Back in 2010, we shared that Facebook had a zombie photo problem: a test photo that we deleted from the service in October was still accessible for four or five months. Ars Technica has been following up on the issue, and reports that a fix is on the horizon:

“The systems we used for photo storage a few years ago did not always delete images from content delivery networks in a reasonable period of time even though they were immediately removed from the site,” Facebook spokesperson Frederic Wolens told Ars via e-mail.

[…] “We have been working hard to move our photo storage to newer systems which do ensure photos are fully deleted within 45 days of the removal request being received,” Wolens said. “This process is nearly complete and there is only a very small percentage of user photos still on the old system awaiting migration, the URL you provided was stored on this legacy system. We expect this process to be completed within the next month or two, at which point we will verify the migration is complete and we will disable all the old content.”

In our tests, a Flickr photo was removed from the servers about 10 minutes after it was “deleted” on the service. In other news, Facebook has rolled out a new lightbox that displays photos at a whopping 960×720 (see screenshot above), and the Facebook iPhone app that we saw leaked screenshots of is apparently dead in the water.

A Creative “Backward World” Love Story Shot With the iPhone 4