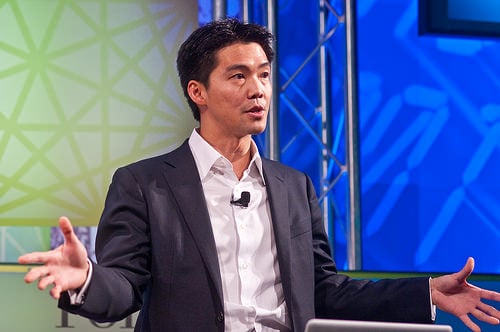 Camera startup Lytro made a splash back in June when it announced that it was working on a revolutionary new light-field camera geared towards consumers. Rather than capture traditional 2D images, the new camera will record information about the scene’s light field, allowing photographers to do things such as refocus a shot after it is made or display any photo in 3D. The camera is scheduled to be announced within the next few months.

Ina Fried over at AllThingsD has some details on what the company is currently doing:

[…] many on Lytro’s team have been shuttling between Silicon Valley and the Asian manufacturing facility where the first cameras are being produced. While the design itself has been fully baked for some weeks now, the company has been working on smaller refinements and on validating the manufacturing and supply chain process.

The company has also been growing its ranks as it gears up to launch its first products. It now has 55 employees, up from about 35 in June, and is looking for bigger digs near its current offices.

Here’s what we know about the Lytro and the upcoming camera:

Light field cameras are not a new thing, but what Lytro is aiming to do is take an expensive and bulky technology and turn it into a compact camera that ordinary consumers can use. They’re currently the first movers in this new market.

One of the company’s main challenges is achieving good sensor quality. The sensors are special light field sensors that combine traditional sensor technologies with a micro lens array. They have a number of people on their team that have significant experience in the sensor industry.

The quality of traditional 2D images produced by the camera won’t exceed traditional compacts, but there’s a number of benefits that might appeal to consumers. One of the big ones is the fact that the camera won’t need any kind of autofocus, virtually eliminating shutter lag. Parents might love this fact, since capturing a sharp photo of an energetic child can sometimes be difficult even if you have a fancy DSLR.

In addition to refocusing, Lytro images can also be recomposed. Traditional 3D cameras use two sensors to capture the same scene from two perspectives, but Lytro’s light field data will allow you to view a photograph from any perspective within its “range”.

One downside to the technology is that allowing viewers to refocus Lytro photos means that common image file types (e.g. JPG, GIF, PNG) won’t work. The company will be introducing a new platform for viewing the images (think Adobe Flash) that will allow the refocus-able images to be embedded on websites.

A second downside is that the technology requires a good deal of computational work. As many of you suspected, the Lytro photo examples published so far to the Internet do not offer an infinite number of focus points, but are simplified to a smaller set number. Lytro photographs shared on the Internet will likely be the same — refocus-able, but only to a discrete number of points (it could, however, be so many that you can’t tell the difference).

Whether or not the camera is embraced by consumers will likely hinge on price and ease of sharing, as most consumers probably won’t be too concerned with the image quality being slightly lower than other point-and-shoots. Too expensive, and people might not be willing to jump into a new technology. Too proprietary in its file formats, and people might not feel comfortable leaving the world of JPEG photographs.

We’ll know soon enough whether Lytro has in fact created something magical and game-changing.

How to Carve a Canon 1D Out of Wood

Stunning Time-Lapse of the Northern Lights Over Finland