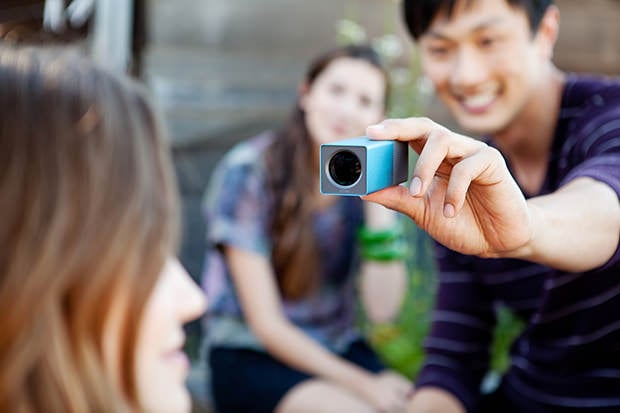 Lytro has finally announced its revolutionary consumer light field camera. It’s a tiny camera with built-in storage, an 8x f/2 lens, and a design that looks more like a futuristic flashlight than a point-and-shoot camera. The camera captures “living pictures” that can be refocused by the photographer and the viewer, which means focusing is completely eliminated from the process of taking a picture. An 8GB that stores 350 pictures will be priced at $400, while a 16GB with a 750 image capacity will cost $500. The camera will start shipping in early 2012, but you can order one now over on the Lytro website.

Here’s a video that shows how the images work:

For sample photos taken with the camera, check out this gallery.

Crazy Photo Project: One Self-Portrait Every Hour, For an Entire Year