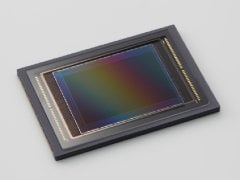 Sony dropped quite an announcement today with its new pellicle mirror DSLRs, but Canon doesn’t want us to forget that they have announcements coming up as well.

They released an (semi-meaningless) announcement of their own today: the development of a 120-megapixel APS-H sensor that can handle HD-video recording and 9.5fps shooting. This is the same sensor size found in the 1D line of DSLRs. But get this — they have no plans for actually producing this sensor in a camera anytime soon.

Thus, even though this is pretty interesting news that was widely reported today, it appears that this was some sort of clever scheme devised by Canon’s marketing department to steal some thunder from Sony’s pellicle mirror news. Lets see if Canon can match it when they release their new camera on August 26th.

Amazing Time Lapse of California and Arizona by Dan Eckert