ProGrade Digital has announced a new higher capacity 512GB V60 UHS-II SD card to its line which promises a maximum read speed of 250MB/s and a minimum sustained write speed of 60 MB/s.

While it doesn’t match the capacity of recent 1TB options released by Sabrent and OWC, it does match on speed promises. In addition to the aforementioned maximum read speed of 250MB/s and a minimum sustained write speed of 60 MB/s, ProGrade’s new Gold series card has a burst write speed of 130 MB/s and joins the 128GB and 256GB capacities that the company already offered and does so at what it characterizes as an approachable price.

“The addition of an SD V60, 512GB capacity point into our Gold product line provides a nice option for those shooting large amounts of 4K video at bit rates that don’t demand a V90 performance level,” says Wes Brewer, founder, and CEO of ProGrade Digital.

“We see this capacity and performance level providing a great value to less demanding photography and videography needs with a very attractive price point just under $200.” 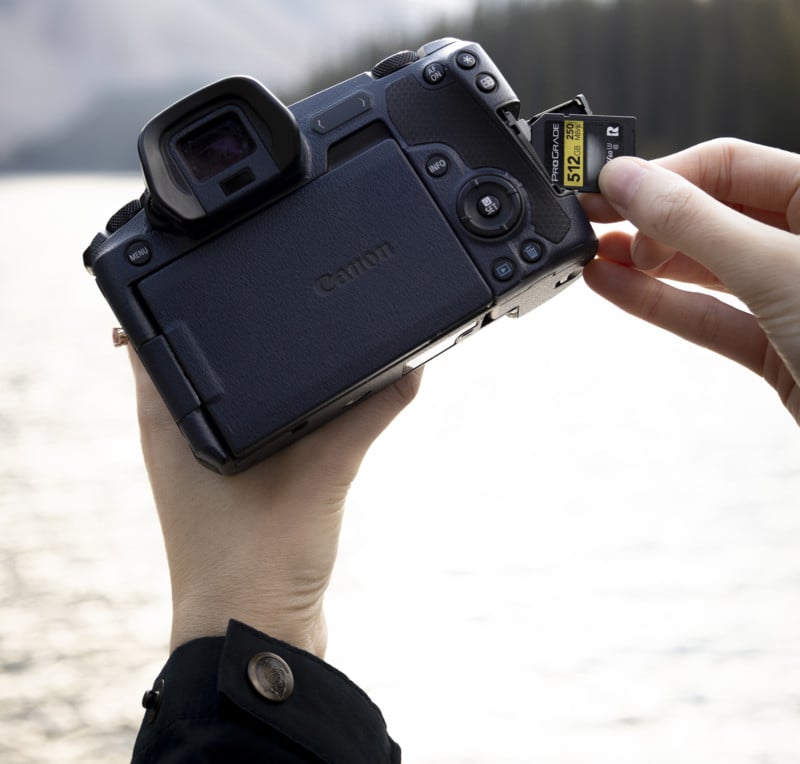 ProGrade’s Gold line is one below its highest-end Cobalt line, which is usually reserved for the fastest cards that the company can produce in a given format. For example, ProGrade released a V90 SD card in May that brings extreme speed to the popular memory card style, a CFexpress Type A card in September (which matched Sony’s speed promises), and just brought out a new line of Cobalt-class CFast cards that are the fastest it has ever made in that format. While Gold line cards like this new 512GB SD card aren’t as performant, they are much more affordable and tend to have enough capability to support most cameras that use the given memory format.

ProGrade Digital says the new 512GB cards are optimized for 4K, UHD, Full HD, and motion JPEG video, which are the most high bitrate options of MPE-4 codecs. In addition to the minimum “tested and certified” capability to perform at a minimum sustained recording rate of 60MB/s (which is guaranteed by the V60 designation), the cards also have a “verified” sustained read speed of up to 250 MB/s.