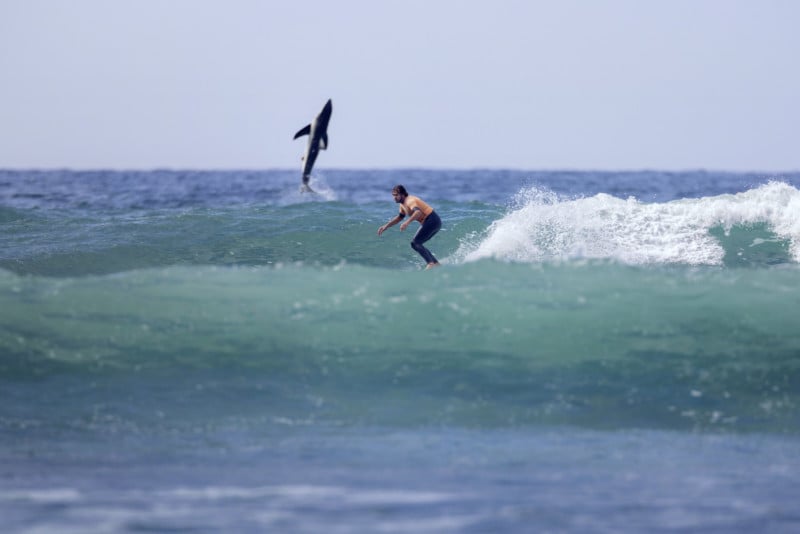 Photographer Jordan Anast captured the spectacular moment a great white shark exploded out of the ocean as he was taking pictures of a surfer.

The one-in-a-million shot was taken on Saturday during the San Onofre Surf Club contest near San Diego, California. It was captured with a Canon R5 mirrorless camera and a Canon RF 400m f/2.8L IS lens.

“I thought it was a dolphin,” Anast tells FoxWeather. However, after the photographer took a closer look he realized it was a shark.

“It’s a shot I’ll never get again,” he tells The Mercury News still in disbelief. “It just looks like ‘Sharknado,’ it doesn’t look real.”

Sharknado is a science fiction comedy disaster film franchise where sharks are lifted out of a waterspout in the ocean and deposited in Los Angeles.

No, It’s Not Photoshop

Anast is an experienced and accomplished surf photographer. He estimates to have taken a million images of surfers off San Onofre beach, but none of them were like this one.

Anast shared with PetaPixel the series of photos that show the massive shark’s ascent and descent into the water. 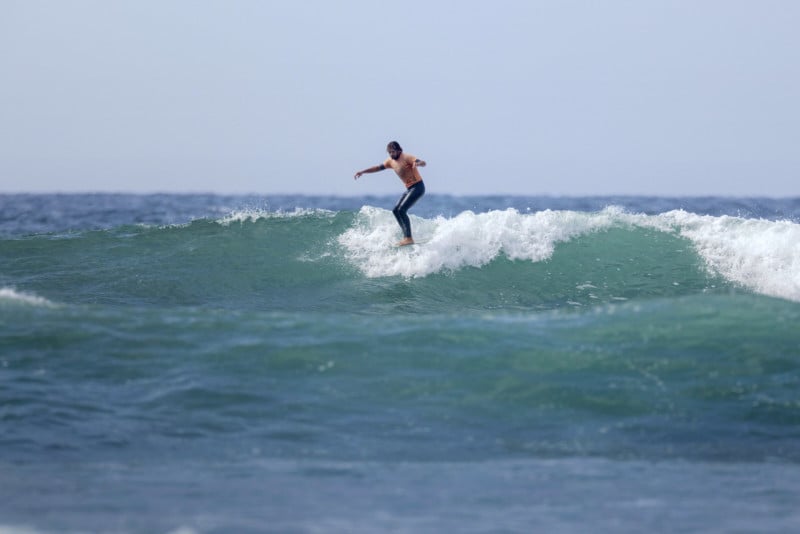 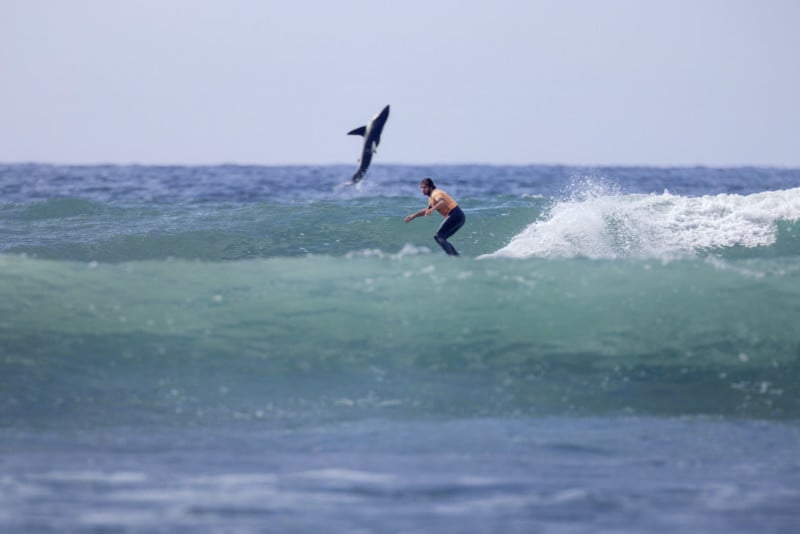 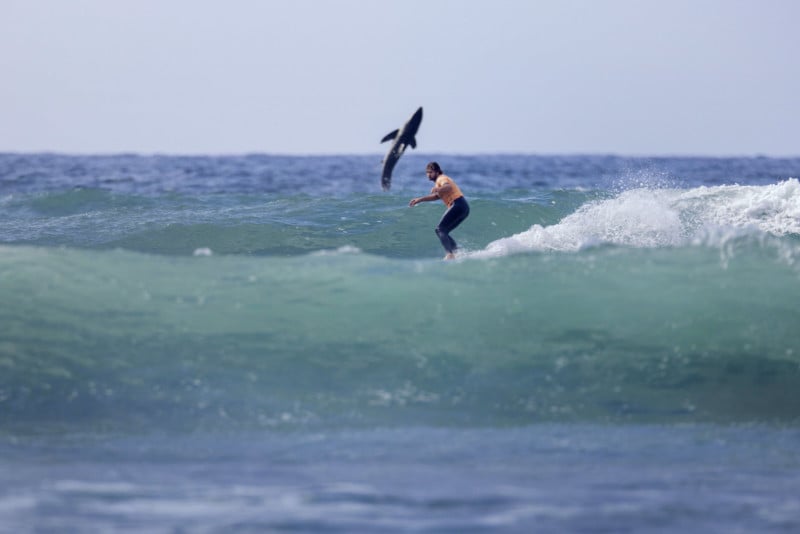 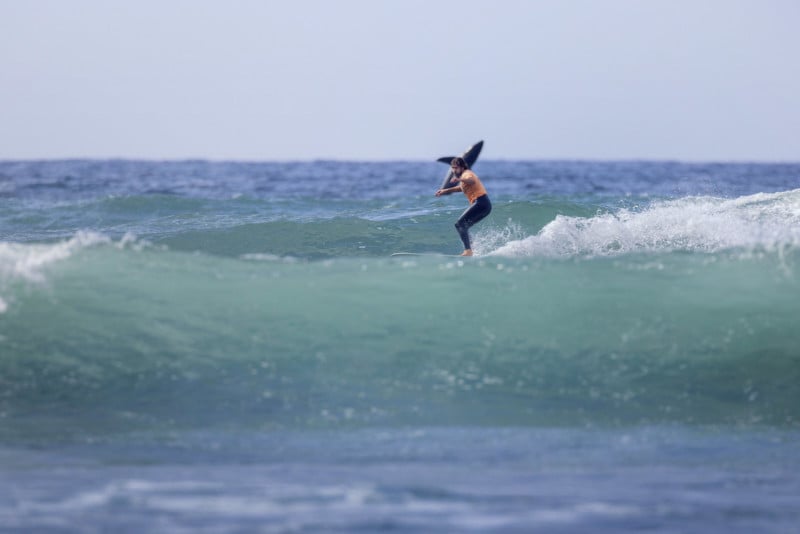 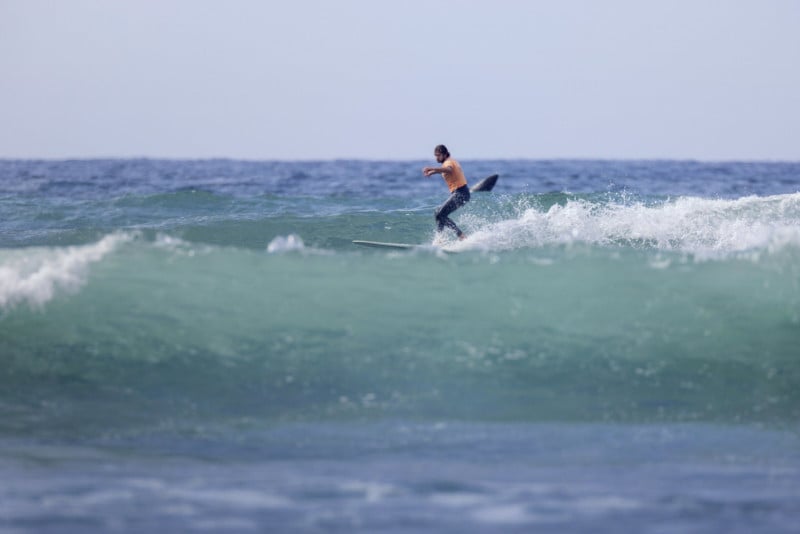 The San Onofre Surfing Club posted a different photo of the breaching shark and suggests that the juvenile great white was trying to catch a pelican.

“An uninvited guest popped up during the San Onofre Surfing Club’s annual surfing contest today. Surfers in the water said that it was going for the pelican in the upper right-hand corner of the photo. Scored a 10 by all judges,” the club writes on Facebook.

Remarkably, it’s not the first time a great white shark has jumped out of the water during a surf contest. In the below footage, a shark propels itself to the sky during a USA Surf Contest at Lower Trestles, a location that is just north of San Onofre beach.

According to surf club member Matt Enright, there was a buzz on the beach after the shark breach, but the majority of surfers didn’t mind.

“There’s been plenty of sightings over the years, No one was really that worried,” he tells The Mercury News.

However, Enridght did add: “There were several people nearby that paddled like crazy for the beach.”