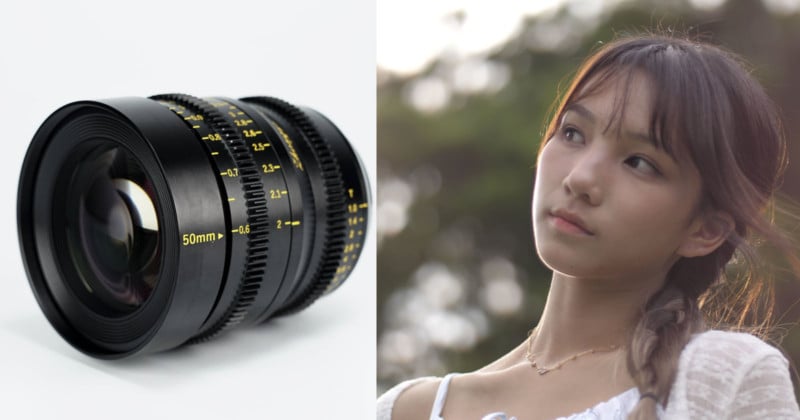 The fast T/1.0 aperture combined with a close minimum focusing distance and built-in nine-blade circular aperture mechanism produces what the company claims to be visually pleasing round and refined bokeh when used wide-open.

The 50mm completes Zhong Yi Optics’ cine lens line-up, with 17mm, 25mm, and 35mm also available that are all micro four thirds sensor size. The lenses can be bought as a bundle ($1,399) whereas just one lens from the set costs $399.

“It saves time for filmmakers to align the overall style of the whole video in post-production.”

The cine lenses are all T/1.0 aperture and designed to minimalize focus breathing so the focus can be pulled without changing the composition.

All four lenses have a unified front diameter and gear position which, the company says, make working with the focus motor and matte box much easier.

“The internal focus design means the physical size of the lens stay unchanged throughout the entire focus movement,” it adds.

The lenses are housed in a “durable metallic exterior” which gives a “solid feel of precision” when operation the aperture control ring. The lenses also come with a “high-quality” protective case when purchasing the entire bundle of lenses.