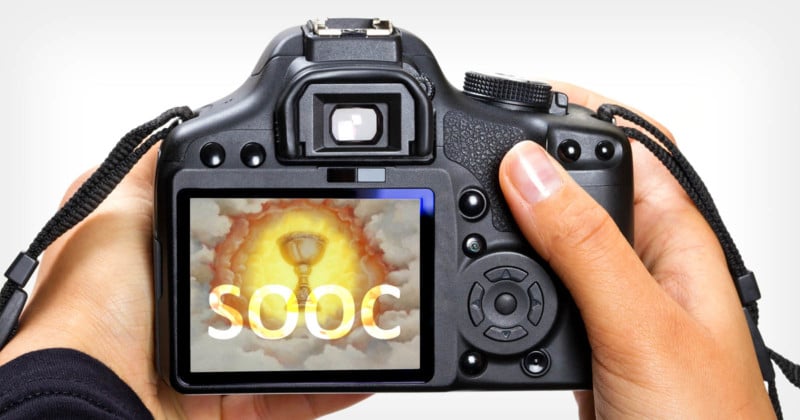 The ultimate skill of the photographer — of the artist — is to create the aesthetics of the scene in front of them “in the moment”. The Natural Landscape Photo Award is perhaps the epitome of this with minimal image manipulation allowed, while the World Press Photo has a Code of Ethics. So straight-out-of-camera (SOOC) has got to be the pinnacle of ability, hasn’t it? Or is there more to the notion of what an image is and where the skill lies in producing it?


Photography is simple. You record light (i.e. count photons) of the scene in front of you to create a permanent 2D image. Of course, this simplifies the conception that we duplicate the scene we see with our eyes, which we can never do, not least because the human eye has remarkable capabilities. Not only that, but it acts more like a video stream, our brains continuously processing what we “see”.

In fact, I’d go as far as saying that the static image is an inalienable violation of how we perceive the world. John Berger (in Another Way of Telling) recognized this with his concept of how long an image “speaks” for. We subconsciously imply time into any image we see and perceive what has just passed and what will come to pass.

Henri Cartier-Bresson implicitly understood this in his pursuit of the “decisive moment.” As much as this has become a cliched term, it says that if there is a temporal element to a scene, then there is a point in time that allows us to understand what has just happened but, more importantly, eloquently speaks to what is about to happen. It is the most aesthetically pleasing image that you could capture, but identifying that point – without the benefit perhaps of Panasonic’s 4K photo mode – requires some deft camera handling.

Of course, all of this becomes more difficult once you factor in exposure and the limited capabilities (compared to the eye) of the camera. Achieving appropriate depth-of-field and a fast shutter speed is difficult and, in the world of manual film cameras, considerable skill was required just to get a well-exposed image let alone one that hit your aesthetic, which is why the work of good press photographers was so sought after, particularly if limited post-production was required.

But there that word has crept in: post-production. In the digital world, there is a clear demarcation with post-production; you download your raw file and ingest it into your processing workflow and adjust it to your heart’s content. However the film world has always had post-production and this is no better exemplified than by Ansel Adams, who saw “the negative [as] the score, and the print the performance.” 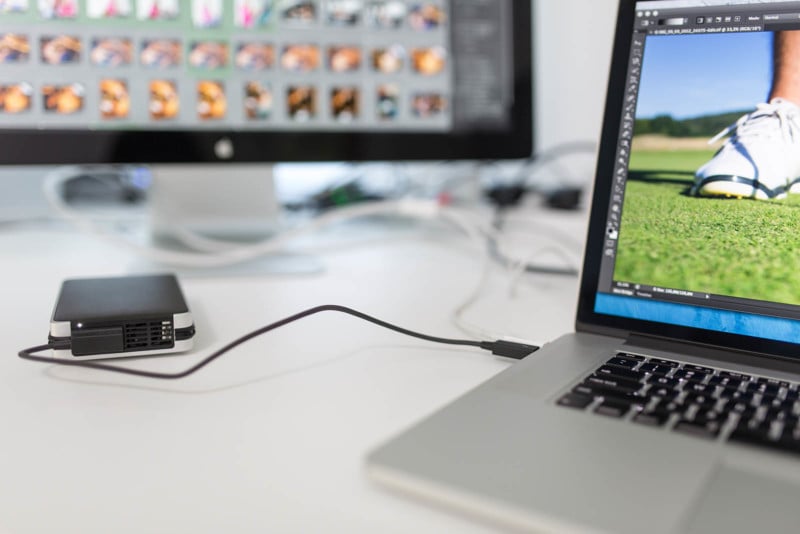 Adams also crosses us over from the press photographer to the fine art photographer. It’s a pertinent point because the journalist is concerned with realism – the world as it is – and would choose focal length and exposure to best achieve this. The fine art photographer will have a different set of criteria – and technical choices – from which they will start. As the introduction made clear, some photo awards stipulate limited post-production, while others are targeted at extensive manipulation and utilize techniques such as compositing.

However, thinking outside of the realm of competitions and awards where there are often strict rules to follow (that may require submission of the original raw file), there still remains the notion that SOOC is the pinnacle of photographic skill simply because to get those compositional and technical elements to align in an elegant photo requires a degree of mastery. And there is an element of truth in that you obviously do need to have the camera in right place to capture the scene you want.

Pre-production requires an active selection of focal length to control field-of-view, alongside creative choices of depth-of-field and shutter speed, while still also meeting exposure requirements. It’s a delicate balancing act, but is SOOC the answer to the photographic question?

When you chimp the back of a camera to see what you have captured, you are not looking at the raw file. In fact, many photographers choose not to record a raw at all, preferring a JPEG at the outset. Remember that a camera is actually only a photon recording device and these counts are stored in the raw file. The camera has to capture those photons on the sensor efficiently, before shunting the counts off to the memory card as quickly as possible. It’s a delicate balancing act when you are dealing with high-resolution images, potentially at high frame rates. 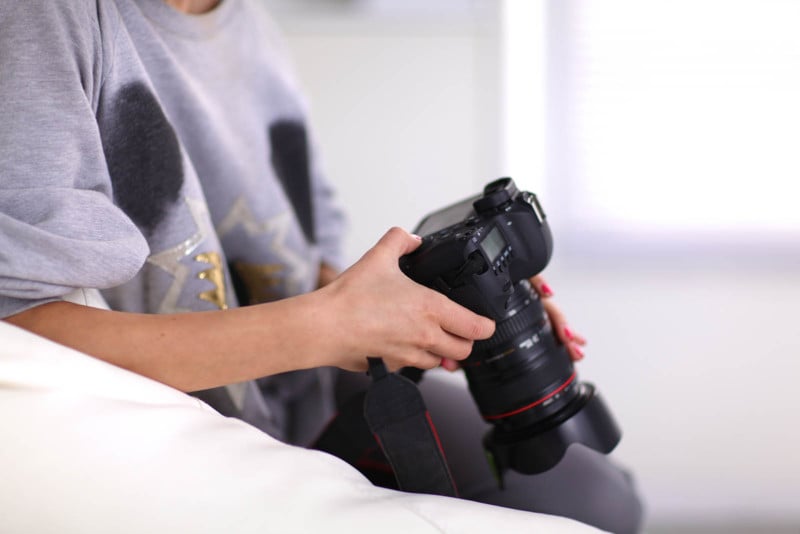 Also remember that a camera only has one sensor in it, not three. Why is this important? Well, computers use color mixing to create the full gamut of colors that our eyes can see; the basis for this is red, green, and blue. The camera’s sensor is actually sensitive to all visible light and a color filter array (CFA) sits over the sensor letting through only red, green, or blue on a pixel-by-pixel basis. The Bayer CFA is the most common layout, although Fuji uses its own design on the X-Trans sensor. What this actually records in the raw file is an incomplete, intermingled, “picture” of red, green, and blue pixels. The de-mosaicing process separates red, green, and blue pixels into separate layers and then interpolates the values into every pixel in each layer.

That’s a heck of a lot of pre-production and you still haven’t “seen” the image yet. When chimping the screen, the camera typically produces a low-resolution JPEG using the default picture style settings before displaying it on the LCD along with the histogram produced from this image.

Is There Such a Thing as “Pure” Photography?

The camera workflow actually highlights that not only has there been pre-production, but there is also post-production involved in the creation of an in-camera JPEG or quick look on the camera back. In the same way that film photographers could find greater latitude in the negative during development, so the digital photographer can find greater latitude in working with the raw file to create their own vision from the pixels they captured.

The raw file contains the entirety of the light physically recorded and so marks the scope of what can be achieved with it. You can extend this further — as smartphones have done — with Computational Raw, which creates a single file from multiple inputs and is the natural progression of raw imaging. To a certain extent, there is a nod to pre-production in photographic awards as they typically allow simple global image adjustments alongside corrections such as dust spot removal.

What’s striking about SOOC is that it is actually more about expediency. What you gain in the immediacy and speed of production, you lose in the amount of control you have over the final output image: shooting in JPEG means letting the camera decide how to produce your photo. This leads to two obvious end-uses.

Firstly, there are those concerned about each and every pixel who will shoot tethered; you bypass the in-camera production system, using it as a capture device and shunting the pixels straight to a computer. The obvious downsides are related to portability, but you retain control, getting the raw image into your post-production environment immediately.

Secondly, for those concerned with speed — such as sports shooters —  switching to JPEG allows the camera to bypass raw storage, applying in-camera production on the fly. This is much faster, but you lose some production control.

This highlights one key question and one key point. Firstly, will cameras ever have enough processing speed to offer JPEG-like shooting with a raw? In the strictest sense, maybe. Pro-spec cameras have tended to forego resolution in favor of speed, but they still aren’t quite fast enough. If you were offered a 12-megapixel camera that could shoot raw images at JPEG speeds, would you buy it?

Secondly, it highlights the weaknesses with in-camera processing and how familiar end-users are becoming with image processing on their phones, be it raw editing through apps like Snapseed or filters and stickers through Snapchat. Perhaps this all just points to the fact that shooters want cameras to become more smartphone-like in experience but with the quality of full-frame.

All of which brings us back around to Ansel Adams: capturing the photo lays the groundwork, but to produce an image of outstanding quality you need post-production to a greater or lesser extent. Both aspects of the photographic workflow require skill but perhaps digital post-production has both a lower barrier to entry (than film) and a vast array of options available.

SOOC simply takes the image captured and applies the camera manufacturer’s skills in pre- and post-production to create the output file. Sometimes that might be what you want, but sometimes it might not.