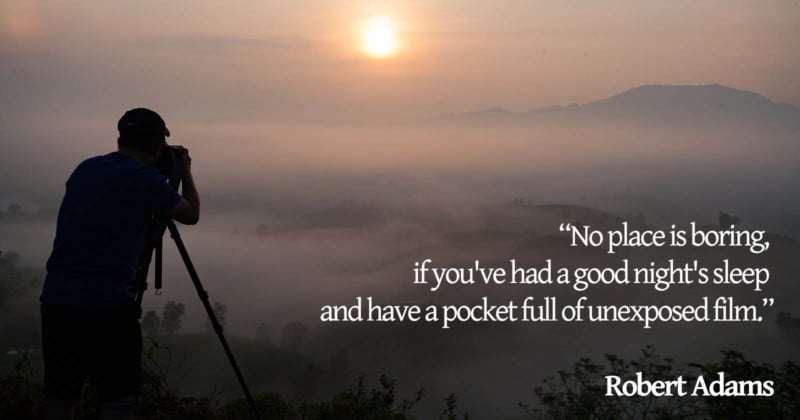 They say a picture is worth a thousand words. But I wonder, what else do “they” say? In order to find out, I’ve culled together the best photography quotes on the subjects of photographs, cameras, inspiration, and more, as said by some of history’s most famous and talented photographers.


These photography quotes offer insights into the minds of photography greats, from how they see the world and approach the art of making a photo, to their views on cameras, to ideas on how to improve one’s photography skills.

I hope these photography quotes inspire you in your journey of becoming a better photographer.

About the author: Tammy Jean Lamoureux is a photographer, artist & gypsy based out of Brooklyn, NY and Boston, MA. You can see more of her work on her website.