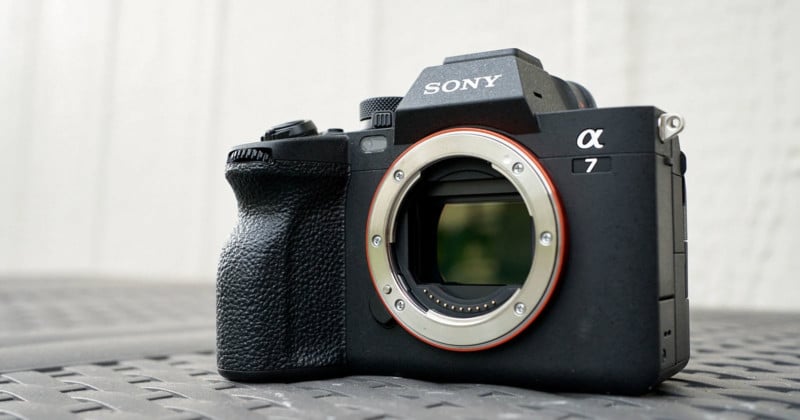 While the update looks promising, the launch was not without bumps. At the time of publication, Sony had already withdrawn the firmware update due to an error:

“It was confirmed that some products that updated may not operate properly in some cases. Distribution will be suspended until we can inform you of modified version,” the company says.

Sony did not provide an expected timeline for the firmware’s final release. When it is available, the firmware update can be downloaded from Sony’s website.

Sony says that adding these options to lossless compressed RAW has been one of the most requested features from users since the camera launched. The company says the large size preserves the same image quality as an uncompressed RAW format while significantly reducing the file size, while the medium and small sizes record fewer pixels than the large to provide even smaller RAW file sizes.

The update also allows photographers to retain shutter speed and ISO settings for flash photography as well as offers a new Touch Shutter Function. Sony also says that Eye AF has improved accuracy thanks to this update.

The update also adds five other features. First, thanks to firmware version 1.1, the Alpha 7 IV can record the camera’s serial number directly into the metadata of video files. Sony says that it has also improved the operability of WiFi connections, but did not elaborate. Thirdly, a new one-minute setting has been added to Power Save by Monitor menu. The Alpha 7 IV now also has the ability to brighten the viewfinder display depending on ambient light brightness. Finally, Sony says the update adds improved operational stability to the camera.

Firmware update version 1.1 is executed via SD card or CFExpress card, and users will need to ensure the Alpha 7 IV is running or updated to Ver.1.05 first before updating to version 1.1. Full instructions for download and installation can be found on Sony’s website.

Update: Sony’s press release on the firmware update was worded poorly and seemed to indicate that lossless compressed RAW was a new feature, when in reality the update adds medium and small sizes in addition to large when using the RAW recording lossless compression method. We have adjusted the copy above and apologize for the confusion.