Telesin has announced a tiny motorized camera dolly “photography car” that works with modern compact mirrorless cameras and allows for a range of video moves controlled by a wireless remote.

While mostly an action camera-focused accessory brand, Telesin is branching out to support larger mirrorless cameras with the launch of the Remote Control Photography Car. 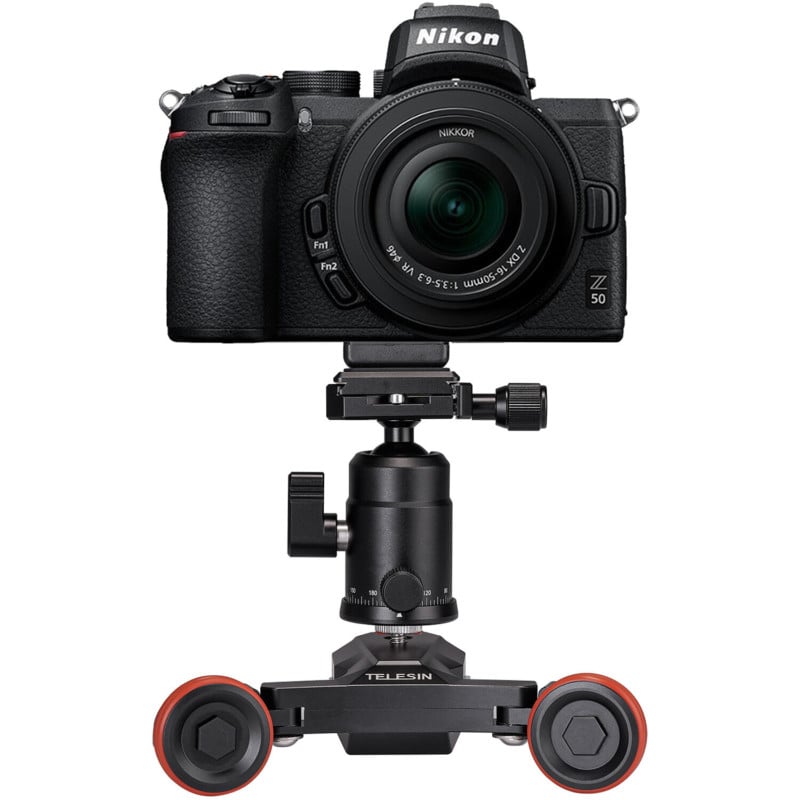 This tiny tabletop dolly system features both 3/8-inch and 1/4-20-inch screw holes and has a payload capacity of three kilograms (about 6.6 pounds). As noted by NewsShooter, that means the Telesin dolly is capable of toting Canon, Nikon, Sony, and Panasonic mirrorless cameras, most DSLRs and smartphones, and a wide range of action cameras from DJI, Insta360, and GoPro.

The dolly features adjustable front wheels that allow filmmakers to adjust the angle of a move from anywhere between a straight line to a full 360-degree circle around a subject. The company claims it can be paired with a gimbal, but given the maximum payload weight, the combination of dolly and camera would have to be very light. 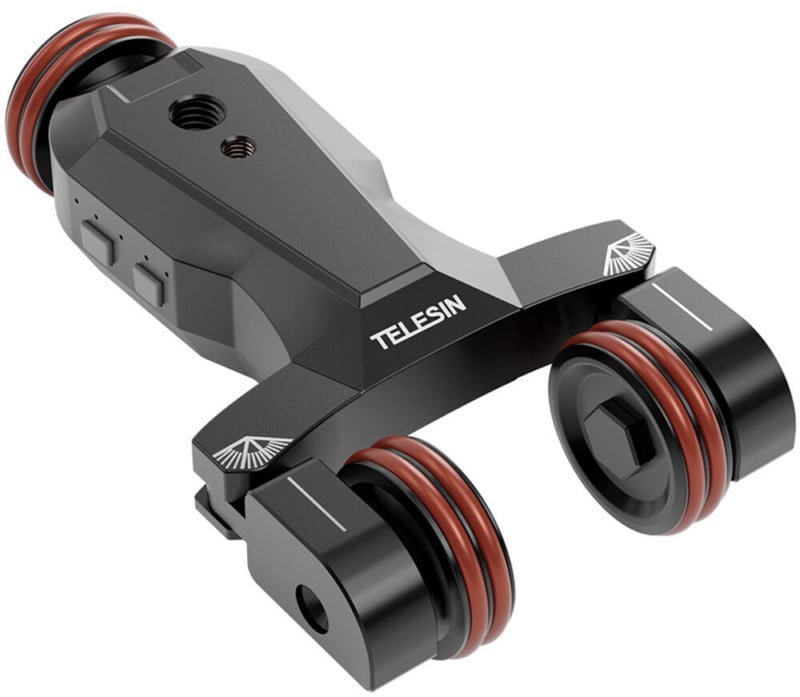 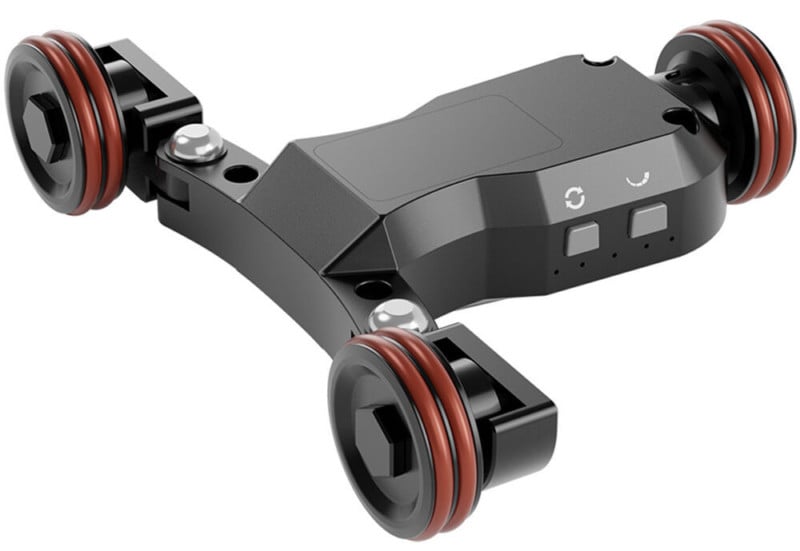 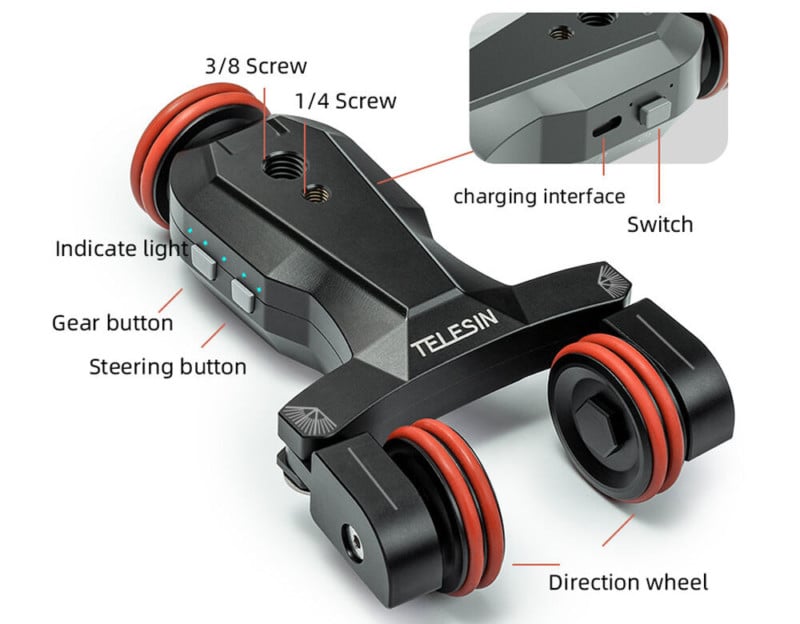 Telesin says that the dolly is an excellent replacement for situations where a space is too small to put down a rail or where carrying a large slider system would be too cumbersome. It is also versatile enough to provide a curved sliding motion that traditional sliders can’t do. Since the Photography Car weighs only 300 grams, it is significantly smaller and easier to transport than full-size sliders or dollies. 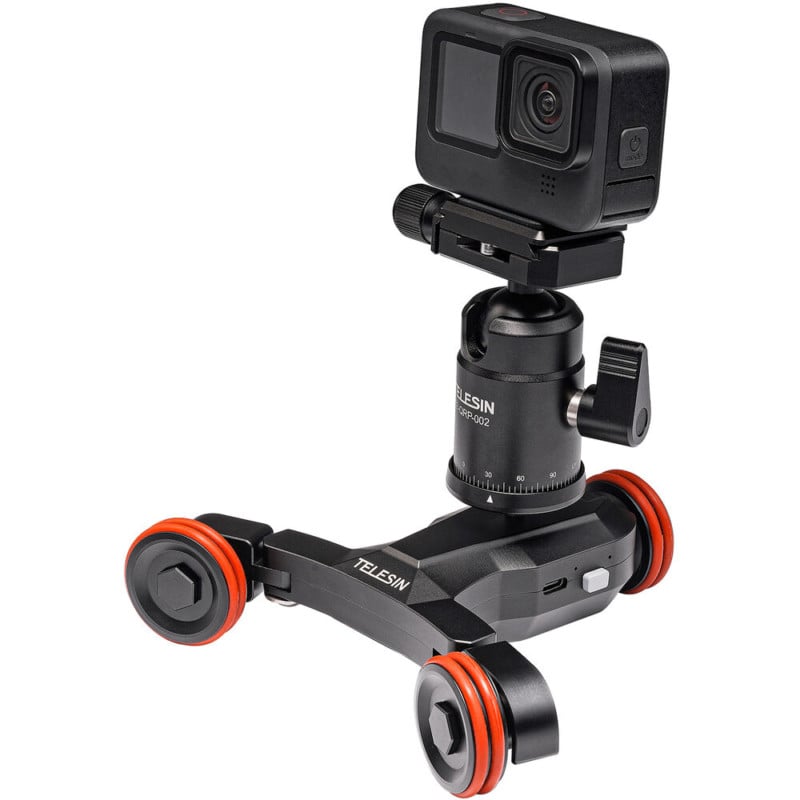 The downside with this system is it requires a flat surface in order to work properly. The wheels are small and can easily be bumped by small rocks or dents on a surface which makes working outdoors with such a tool typically challenging.

Telesin claims an operating time of five hours through the built-in battery that charges in 1.5 hours from empty to full via USB-C. The tabletop dolly is operated remotely via the included controller that has a range of about 10 meters (or about 32.8 feet) and has a battery life of 10 hours. 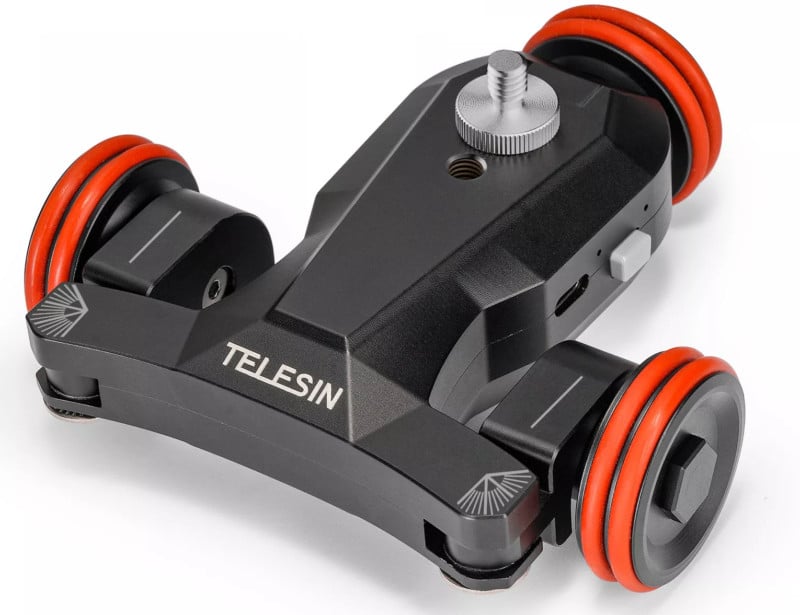 The Telesin Motorized Remote Control Camera Car is available directly from the company for $147.