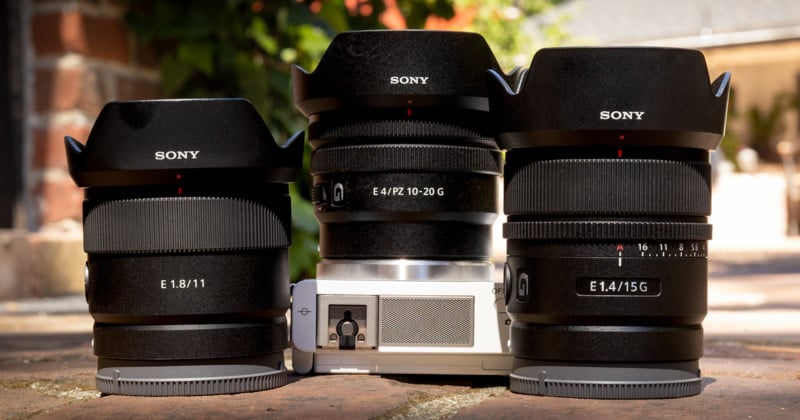 Sony says that the number of creators producing both photo and video content has greatly increased in the last several years. The company cites that around 60% of surveyed creators said they were hybrid shooters in 2019, but in 2022 that number has risen to 80%.

To that end, Sony has created these three new lenses that are designed for video-focused shooters with Sony’s APS-C cameras but have the capability to provide excellent performance for stills capture as well.

“Sony’s cameras have continued to lead the way in creating stills and videos, and these innovative new lenses bring features to the APS-C lineup that haven’t been seen before,” the company says. “Linear motors, responsive autofocus, minimal focus breathing, and more are the hallmarks of these new lenses.”

The company says these three additions are a sign of its continued support of its APS-C optics for users who want a compact system but don’t want to sacrifice performance or high image quality.

The first of the three lenses is a power-zoom 10-20mm f/4 lens that Sony promises has superb performance edge-to-edge. The company says it is the world’s smallest ultra-wide APS-C zoom lens that is designed for the videographer or vlogger that needs smooth, reliable, powered zoom as well as the best image quality in its class. The powered zoom capability makes it easy to land consistent shots, and that zoom is also internal, keeping the lens the same size at different focal lengths which makes it ideal for gimbal use. 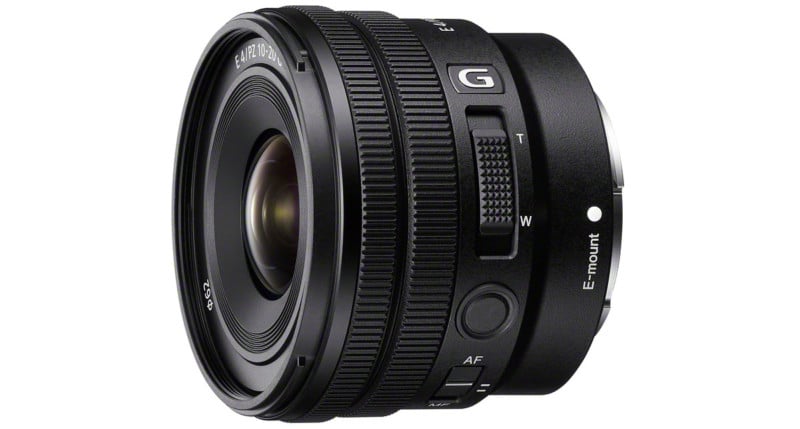 Sony says the lens manages edge-to-edge sharpness thanks to two ED glass elements and one ED aspherical element. It has minimal focus breathing and dual linear motors that it says results in ultra-fast, highly-accurate focus. The lens can focus as close as 5.11 to 6.69 inches (10mm to 20mm) with manual focus (0.18x) and 7.87-inches in autofocus (0.14x).

It’s smaller and lighter than its closest competition which makes it highly portable: it is 46% lighter than competitors at 6.2 ounces.

Sony describes the 15mm f/1.4 G as a professional-level wide-angle prime lens with Sony’s G-class image quality. That means the promise of great bokeh and fast, accurate focusing in both stills and video. The company says this lens also has silent focusing thanks to its linear motors and distortion-free image production thanks to the high-end optics.

The lens uses three aspherical elements to allow for excellent resolving power and corner-to-corner sharpness in front of a seven-bladed aperture that Sony says creates smooth, pleasing bokeh. This lens has multiple on-body controls like a de-clickable aperture ring, MF/AF switch, and a focus hold button.

Described as an ultra-wide-angle prime lens, the 11mm f/1.8 promises great bokeh, superb image quality, and fast focusing for still and video in a package that Sony says is “affordable.” 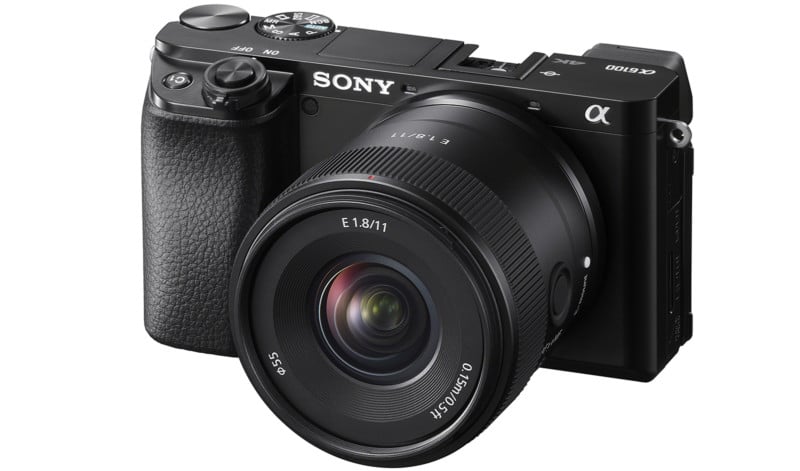 The lens features three aspherical elements for excellent resolving power and corner-to-corner sharpness. Like the other two lenses announced above, the 11mm f/1.8 features fast and reliable autofocus thanks to its linear motor system. It shares the same aperture diaphragm as the 15mm f/1.4 with seven blades and can focus as closely as 0.12 meters (about 4.7 inches) in autofocus (0.2x) and as close as 0.15 meters (about 5.9 inches) in manual focus (0.13x).