Sigma claims that it is the smallest and lightest f/2.8 zoom lens for APS-C mirrorless cameras on the market and the size and relative affordability makes it not just a viable but a compelling option to photographers who shoot with Sony E and Leica M-mounts according to PetaPixel’s Ryan Mense in his review. 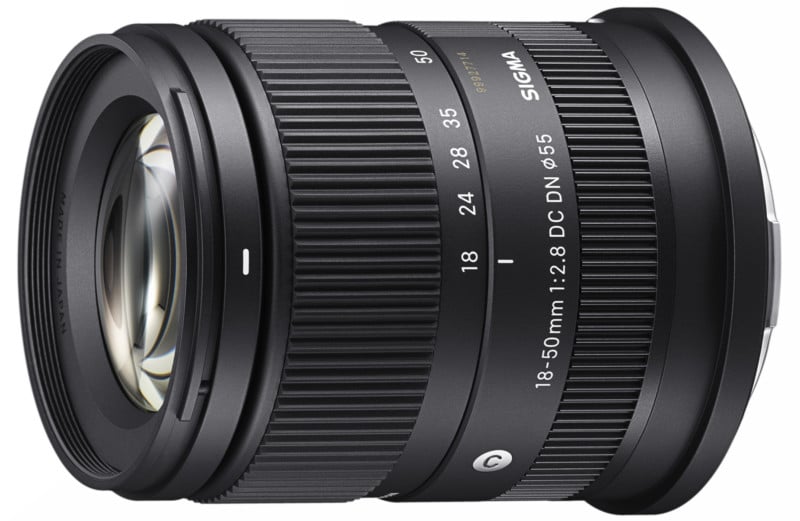 While Laing forms his own opinions on the lens in the video above that are certainly worth your attention, he also decided to test the performance against Sony’s 16-50 f/3.5-5.6 — both of which he mounted on a Sony a6400 — to see how it performs and which would be a smarter buy.

It should be noted that the Sigma lens is nearly double the price of the Sony kit lens, but since both lenses are seen as “kit” options, both are likely on the radar for new photographers who are looking to find a capable, compact, and lightweight all-in-one zoom lens.

In a landscape photography test, Laing found that the Sigma at its widest 18mm delivers sharp corners and detail throughout, while Sony, shot at 16mm, shows a dramatic difference and fails to keep up. Zooming in to 35mm on both lenses, Sony delivers a sharper image but still lags behind the performance of the Sigma.

When used as portrait lenses and shot at 50mm, the Sony lens has to increase its aperture to f/5.6 while Sigma benefits from an f/2.8 throughout the zoom range, which contributes to the differences in defocused backgrounds that can be seen behind Laing.

Also at 50mm with both lenses set to their widest available aperture, Laing demonstrates a much shallower depth of field and the difference in the appearance of the bokeh. He concludes that Sigma offers a step up in rendering quality over the basic Sony kit zoom.

In a similar manner to still portraits, when it comes to videos, Sigma again offers more opportunities for blurring in the background behind the subject compared to Sony. In the focus breathing test, Sigma comes out at the top as a better choice for videographers, too.

However, Sony’s lens has a motorized zoom which is likely appreciated by videographers as it is able to deliver smoother and more consistent zooming. Sony’s lens also has optical stabilization, a feature that Sigma’s lens lacks. Each of the two lenses will suit shooters depending on the features they find crucial for their work and what they are willing to compromise on.

Laing believes that the Sigma lens proves to be a good zoom lens consideration for both stills and video shooters but he also says that he wishes the company had released a version of it for Canon’s EF mount to make it accessible to other APS-C shooters.

More of Laing’s reviews and educational videos can be found on his YouTube channel and at Camera Labs, while his photographic work can be seen on his Instagram.

Image credits: All images by Gordon Laing and used with permission.