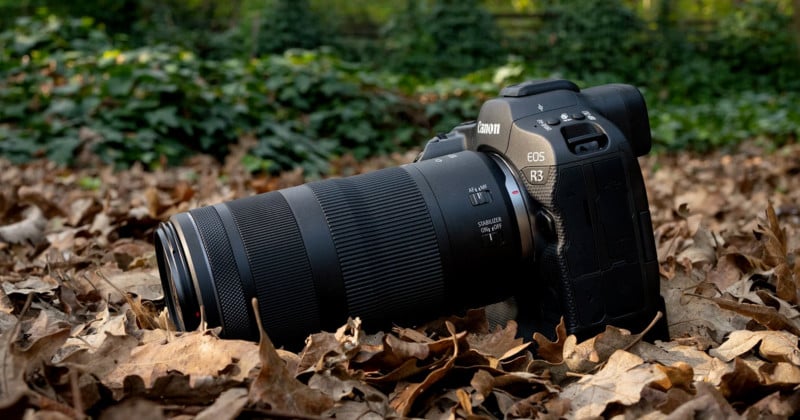 The World Press Photo organization recently shared the winners of its 2022 competition. As it does every year, the Spanish website Photolari has followed with a breakdown of the brands, systems, and cameras that were used to capture the winning photos.

Some of the best photojournalists in the world submit for the World Press Photo competition with the goal of bringing insight into photojournalism and the determination it takes to get the perfect shot.

As mentioned, Photolari publishes a breakdown of the cameras used by photojournalists in the competition, but the methodology has changed slightly in 2022 versus previous years because the competition changed its model from global only to region-based. As such, Photolari looked at the 24 regional winners — which are considered the finalists for the global competition — and found that it was possible to obtain camera data on 22 of them. This number is significantly smaller than the 2021 data.

It should also be noted that there was no sports category this year and with that came a notable absence of fast professional cameras. 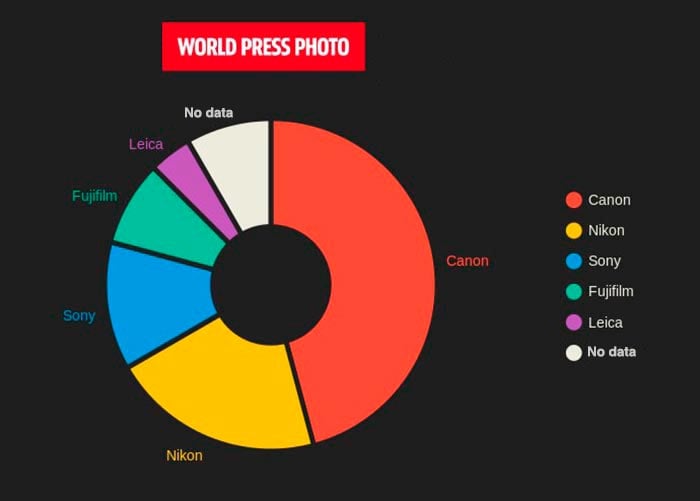 Because of the smaller sample size, Canon’s dominance feels stronger. As mentioned in the 2021 coverage of the competition, Canon has been the most used system by winners since 2018. Last year, Canon cameras were used to capture about 35% of the photos, while this year that number has ballooned to over 60%.

Nikon came in second with five cameras, including what many would consider to be an entry-level DSLR in the D3200 used by Vladimir Encina, the winner of the Singles category in the South American region. Sony once again came in third with the most commonly used Alpha 7 III and a couple of Alpha 7R IIIs. 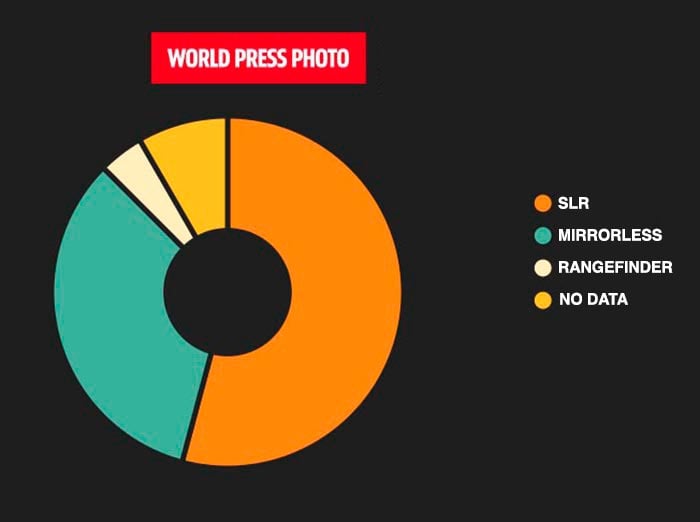 Last year, mirrorless cameras did increase in popularity but were still used less frequently than DSLRs. That pattern continues in 2022: 13 of the 22 cameras were DSLRs while only eight were mirrorless. While rangefinders can be and often are considered to be mirrorless cameras, Photolari separated the single Leica M10 rangefinder used by Nanna Heitmann, the Stories winner in the European region, as its own slice of the chart as evidence of the format’s minority when compared to DSLRs and more conventional mirrorless cameras.

Photolari’s data is not as complete as in previous years, but the information is still useful to those who are paying attention to what photojournalists are actually using in the field. As continues to be the case, it is not the latest and greatest equipment that tops the list.