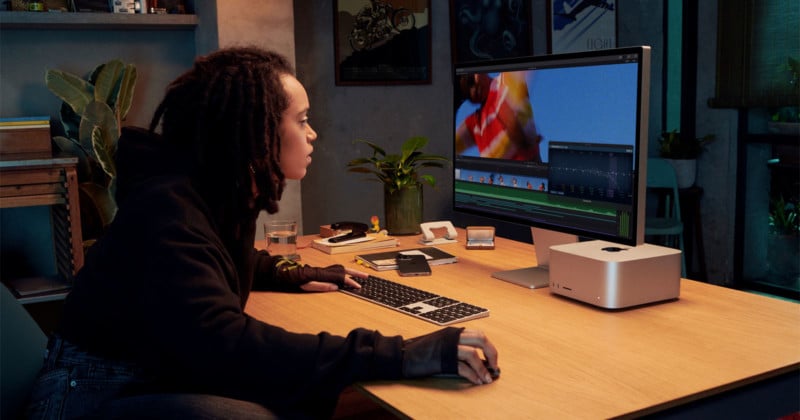 Apple has updated Final Cut Pro so that it works better with the M1 Max and M1 Ultra chips found on the new Mac Studio. Update 10.6.2 additionally adds a list of fixes and enhancements for all computers.

The update to Final Cut Pro is headlined by five updates. First, the company now allows users to quickly locate media that appears more than once in a project using highlighted clip ranges or the Timeline Index. Second, Apple improved the clarity of speech by an adjustment to the level of background noise that is applied via machine learning. This feature is only available for computers that are running macOS Monterey 12.3 or later.

Owners of the Mac Studio will be please to hear that Apple has optimized playback and graphics performance for the M1 Max and M1 Ultra on the new Mac Studio, an update DPReview reports particularly affects work with ProRes files. In its release notes, Apple doesn’t go into any details on what can actually be expected from the performance improvements, however.

Final Cut Pro also sees a bunch of other bug fixes and improvements across the board that improve the reliability, performance, and functionality of several features. For example, the Tracking Editor automatically displays in the timeline when performing an object track and items attached to a tracked object can be scaled in X and Y sizes uniformly. Apple also improved the app’s functionality when selecting photos and videos with the Photos browser, the performance when drawing waveforms, and the reliability when playing audio from a clip that is reversed in the timeline.

Apple also updated the Motion and Compressor apps. Motion received a new Slice Scale Filter and Compressor is now able to rotate or flip videos as well as display its transparency settings and aspect ratio in the video properties.

The update to Final Cut Pro is available today and the app can be updated through the Mac App Store. Apple warns that users will need to verify that their system still meets Final Cut Pro system requirements before installing the update.