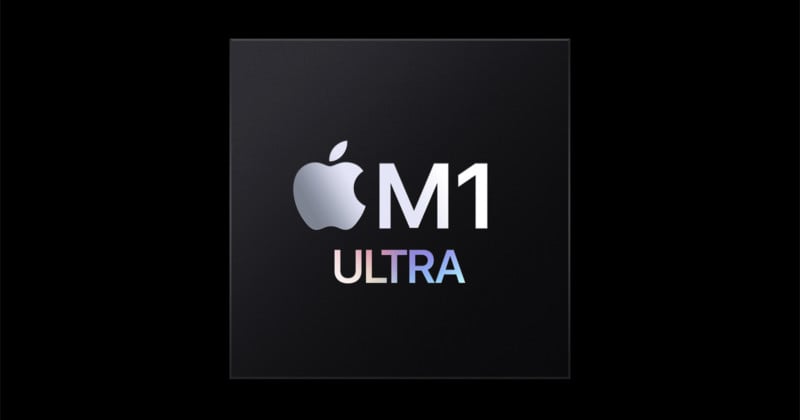 Apple has announced what it describes as the final chip in the M1 family: the M1 Ultra. It bypasses physical limitations that normally occur when two chips are paired together and promises incredible performance with low power consumption.

The M1 Ultra uses what Apple describes as an innovative Packaging Architecture that interconnects the die of two M1 Max chips to create a system on chip (SoC) with what it describes as unprecedented levels of performance and capability.

M1 Ultra delivers huge amounts of computing power while maintaining industry-leading performance per watt power efficiency. The new SoC consists of 114 billion transistors and can be configured with up to 128GB of high-bandwidth, low-latency unified memory that can be accessed by the 20-core CPU, 64-core GPU, and 32-core Neural Engine.

This groundbreaking technology is what Apple calls UltraFusion Architecture. Typically, performance is scaled beyond a chip’s physical limitations by interconnecting two chips through a motherboard. Apple says this typically results in tradeoffs including increased latency, reduced bandwidth, and increased power consumption. 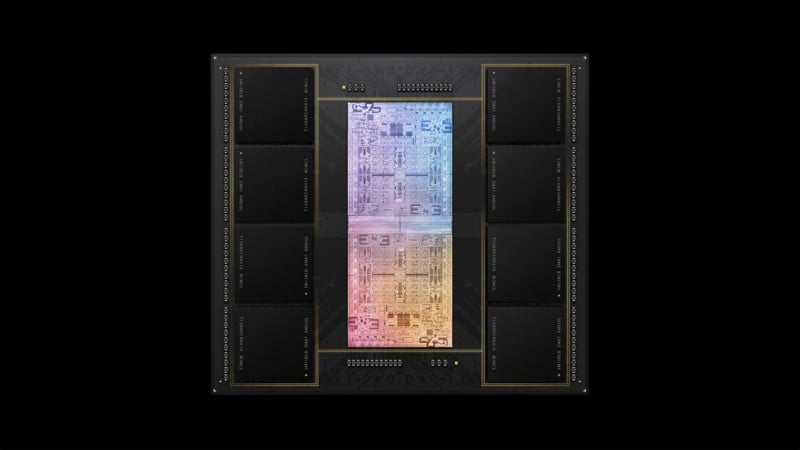 Apple claims its UltraFusion uses a silicon interposer that connects the chips across more than 10,000 signals and provides 2.5 TB/s of low latency, inter-processor bandwidth. This is more than four times the bandwidth of the leading multi-chip interconnect technology, Apple says.

This enables M1 Ultra to behave and be recognized by software as one chip, so developers don’t need to rewrite code to take advantage of its performance.

M1 Ultra has a 64-core GPU — eight times the size of M1 — that Apple says can deliver faster performance than even the highest-end PC GPU available while using 200 fewer watts of power. 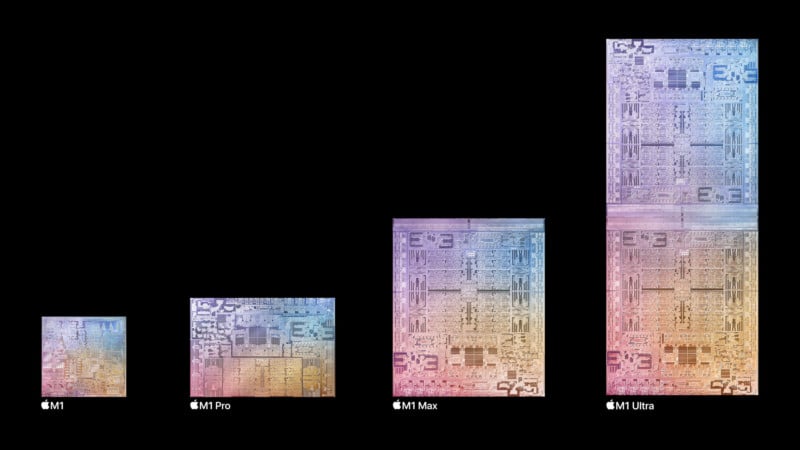 Apple’s unified memory architecture has also scaled up with M1 Ultra. Memory bandwidth is increased to 800GB/s, more than 10x the latest PC desktop chip, and M1 Ultra can be configured with 128GB of unified memory. The 32-core Neural Engine in M1 Ultra runs up to 22 trillion operations per second.

This chip is at the heart of Apple’s new ultra-powerful desktop solution, the Mac Studio.