According to a pair of recent YouTube videos from Max Tech and Luke Miani, the M1 Ultra Mac Studio might actually be upgradeable, but only by Apple. The SSD is removeable, but upgrades appear blocked on a software level.

While the new Mac Studio is an extremely impressive feat of engineering. In his review, PetaPixel’s Jaron Schneider noted that “there is nothing quite like it” based on the amount of sheer power and efficiency packed into the device’s tiny footprint. But in exchange, buyers were told that once it has been ordered there is no way to change or upgrade it. This follows a trend in Apple products over the last several years where the company’s advancements are tied directly to how integrated all the components are.

Though this practice has become expected, YouTubers Max Tech and Luke Miani discovered a few surprising things after opening up a new Mac Studio to address concerns that it did not appear easy to access the interior of the new computer to clean the fans, as spotted by The Verge and DPReview. 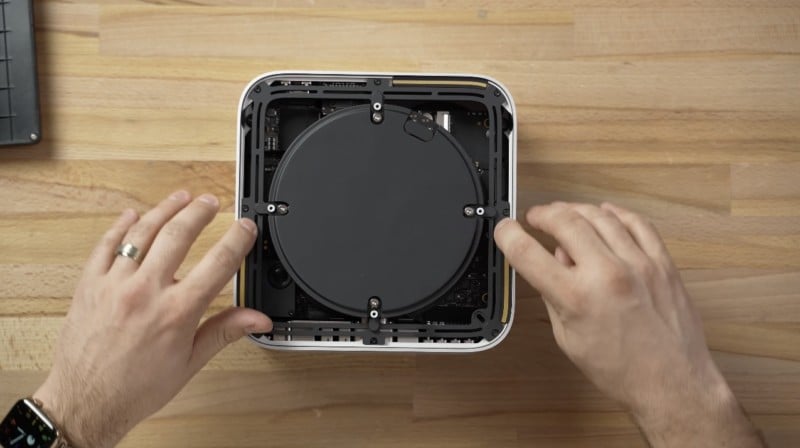 After opening up the computer, which Apple apparently did not make an easy process, they discovered that there is an extra SSD port visible after removing the first layer of components and casing of the device. After just removing the rubber ring on the bottom of the machine and the screws for the very bottom case, the extra SSD port was clearly visible in the corner of the device. The two determined that this meant that if a buyer opted to not max out the storage when placing an order for a Mac Studio, it would theoretically then be possible to add a new SSD in this extra slot at a later date. 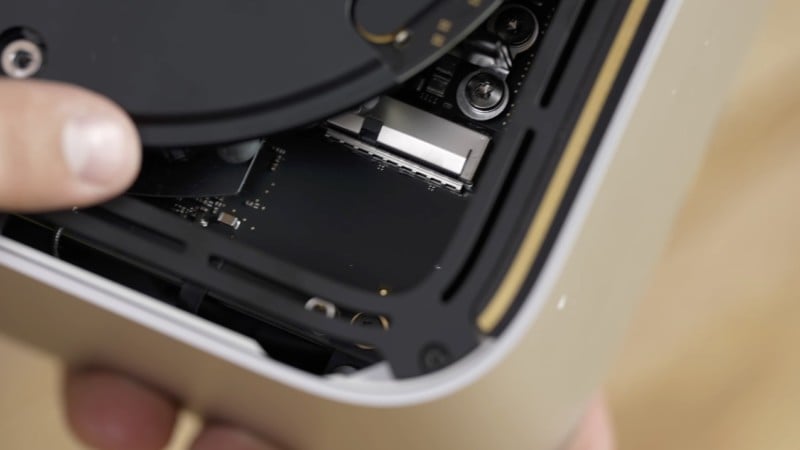 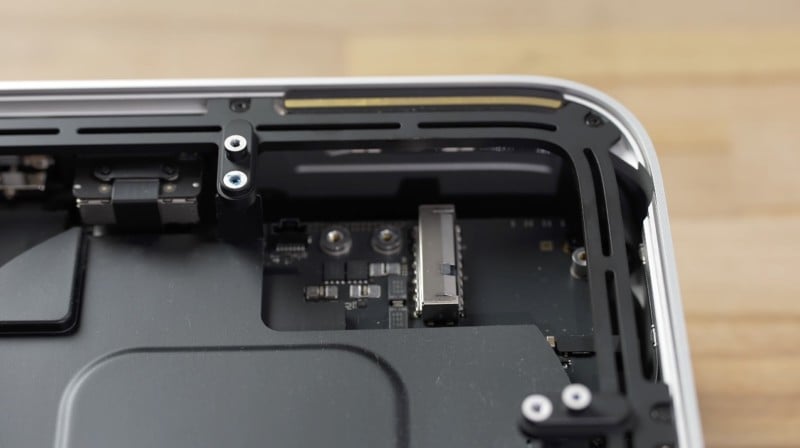 In the continued teardown, it is shown that Apple wastes no space with its design, but diving deeper, Miani discovers that even with the extra port, the device still cannot be upgraded as it appears to be blocked by Apple on a software level.

While the RAM and processor may be locked out for users due to them being built directly into the chip, based on these accessible ports, it should be reasonable to think that upgrading may be tricky, but at least doable. Unfortunately, it appears that Apple has made an active decision to prevent this kind of upgrade, effectively forcing buyers to buy extra onboard storage at the time of purchase.

This discovery is unfortunate, as the SSDs are not built directly into core components. For example, RAM not being upgradeable is understandable since it is soldered directly onto the chip (unified memory is one reason the M1 chips perform as well as they do).

Even though the Mac Studio does make a strong case for itself as an incredible value from the perspective of power for the price, the inability to upgrade storage is disappointing.