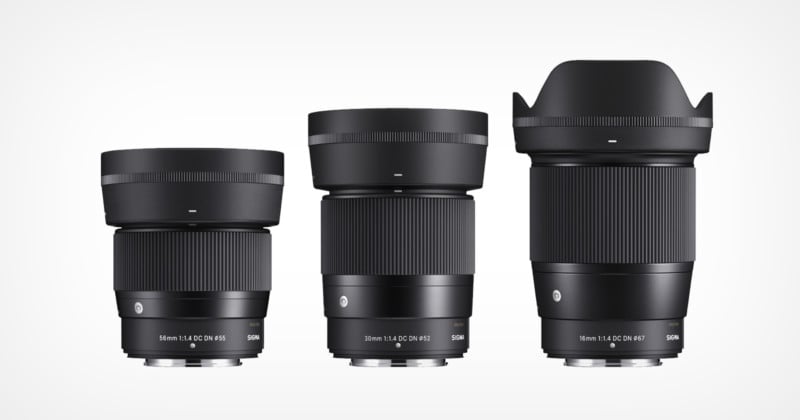 These three lenses are currently already available in four other mounts (Sony E-mount, Canon EF-M mount, Micro Four Thirds mount, and L-Mount) but are being released as a group today as the start of Sigma’s support of Fujifilm X-mount. The company says that the lineup will expand in the future.

On that note, Sigma says that the recently-released 18-50mm f/2.8 DC DN Contemporary lens currently available for Sony E-mount and Leica L-mount is tentatively scheduled for release for Fujifilm X-mount later this year in December. 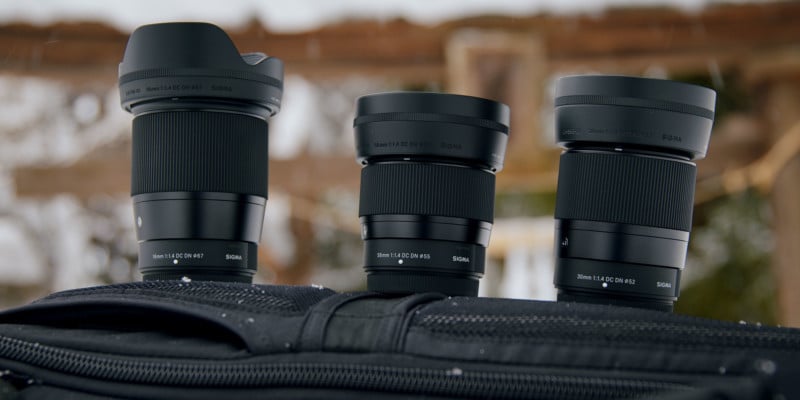 These three lenses are what Sigma bills as its trio of f/1.4 APS-C lenses, and has been promoting them together as a group for some time. The lenses aren’t new, either, as — for example — the 16mm f/1.4 was originally announced in October of 2017.

The three lenses share a lot in common, including a stepping motor for what Sigma claims results in smooth, quiet, and “excellent” performance as well as a nine-bladed aperture diaphragm. 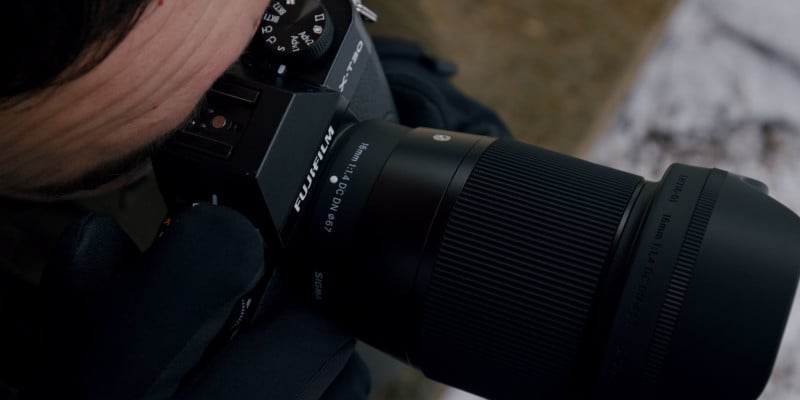 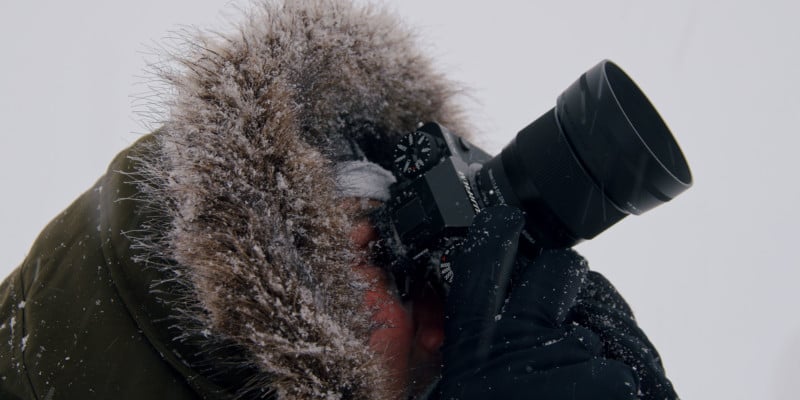 All three lenses use Sigma’s “Super Multi-Layer Coating” that it says reduces flare and ghosting to help produce sharp and high contrast images even in backlit environments. The three lenses also have a mount that Sigma says is dust and splash-resistant.

Below are a few sample images taken with the lenses on Fujifilm cameras: