In a new video from Fotodiox, photographer Sean Anderson, he shows the results from using a long expired disposable film camera with pre-exposed, bachelorette-party-themed messages imprinted on the roll.

Anderson, who is known for making several interesting DIY projects on the Fotodiox channel, decided to branch out for this particular video, and takes an old, expired disposable camera he found at a thrift store for just a couple of dollars.

The camera he found came with pre-exposed “bachelorette” themed messages baked into the film itself so that when a photo is captured with it, the messages will appear on the exposure. When he first saw the unusual disposable, he was curious how the messages would interact with the photos he would shoot, specifically if they would blend or if there would be a visible hard line between them. The box included a list of the phrases used for each specific exposure on the roll including “You Go Girl” “Naughty But Nice” and “My Bachelorette Party,” which allowed the user to plan ahead for a specific message and shot if they so desired. 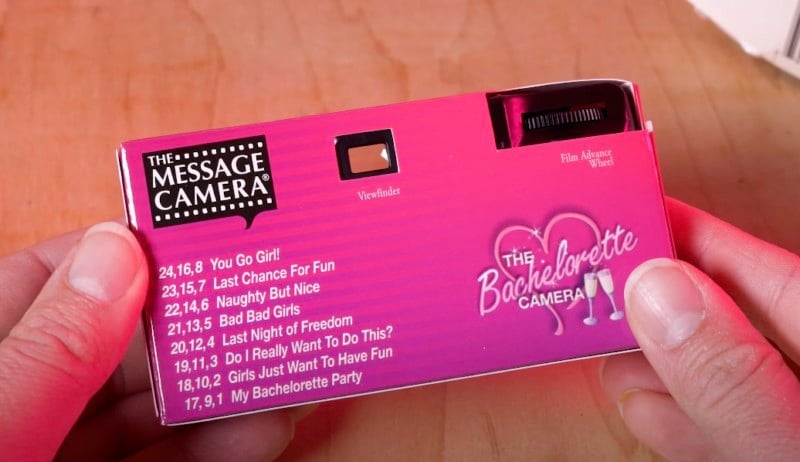 Since the camera had an expiration date in 2009, Anderson wasn’t counting on the battery for the flash to work, so shot the roll outside in bright daylight to ensure the film was exposed properly.

While the video is mostly fun, Anderson does reveal a fact not everyone might know regarding disposable camera design. Unlike what might be expected, the film is actually loaded in reverse from how a normal 35mm camera would be. The film is already completely unwound, so as photographers shoot and crank through to the next frame, they are actually winding the film back into its cartridge. This allows users to break open the camera to develop the film themselves if desired. 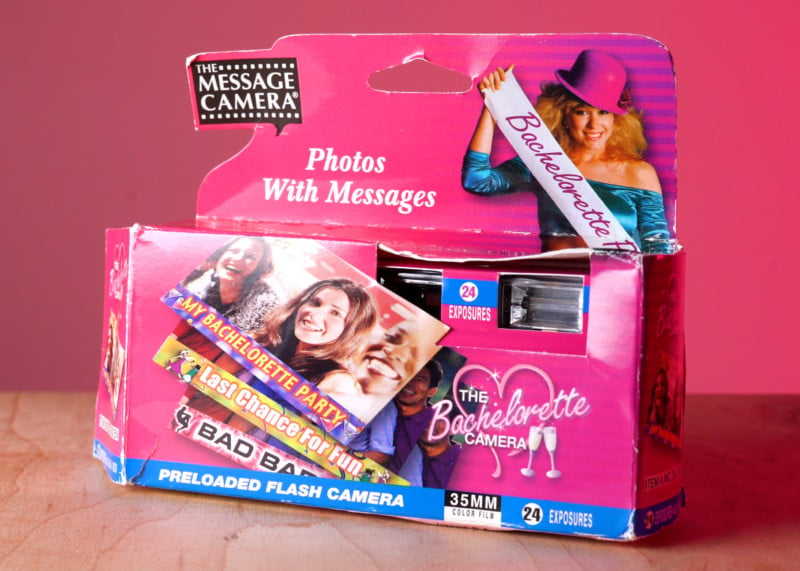 The resulting images from Anderson below may not be that great from a quality perspective, as the expired film was particularly grainy, but the pairing of messages with his images make for an… unusual visual experience. The results look like something out of a horror movie. 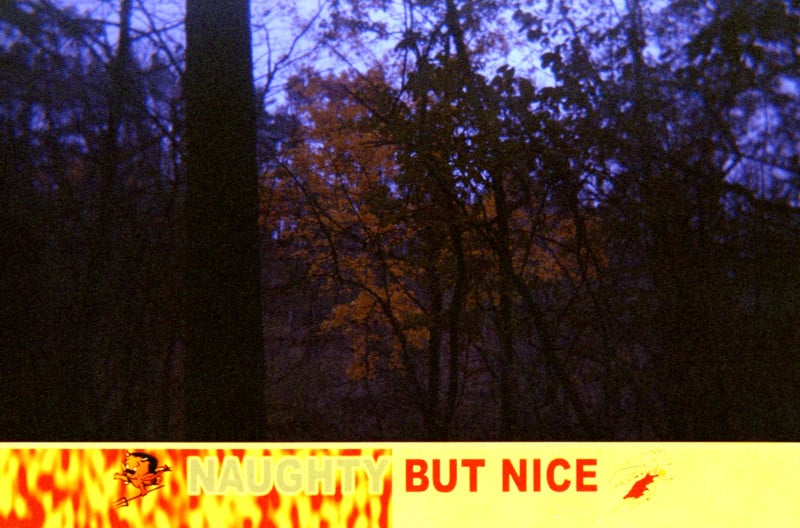 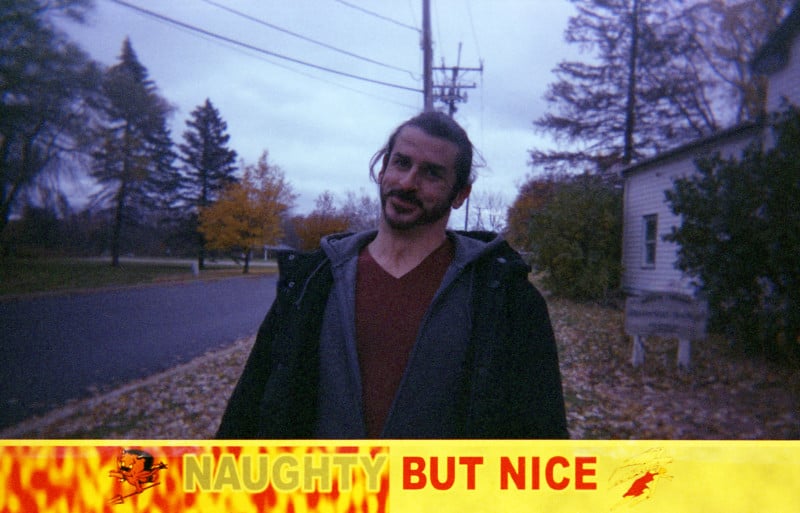 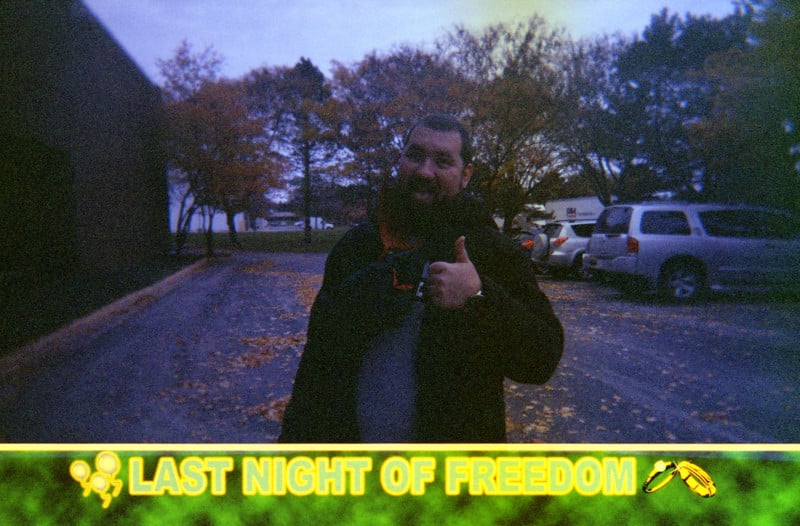 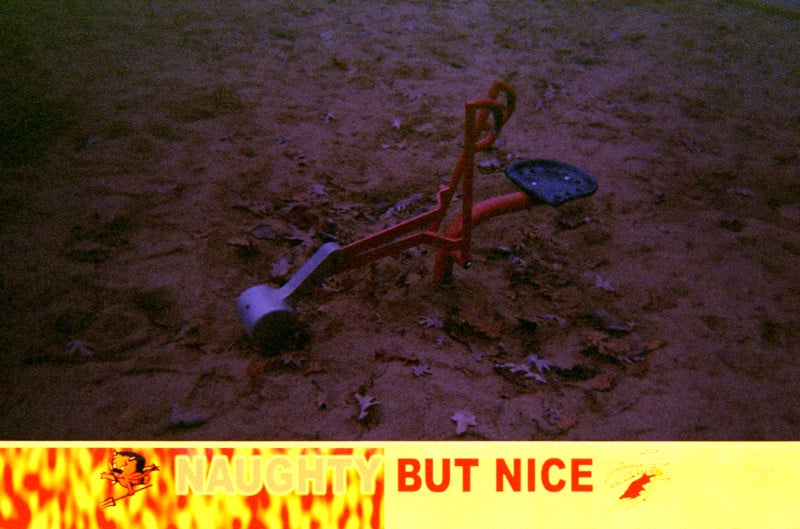 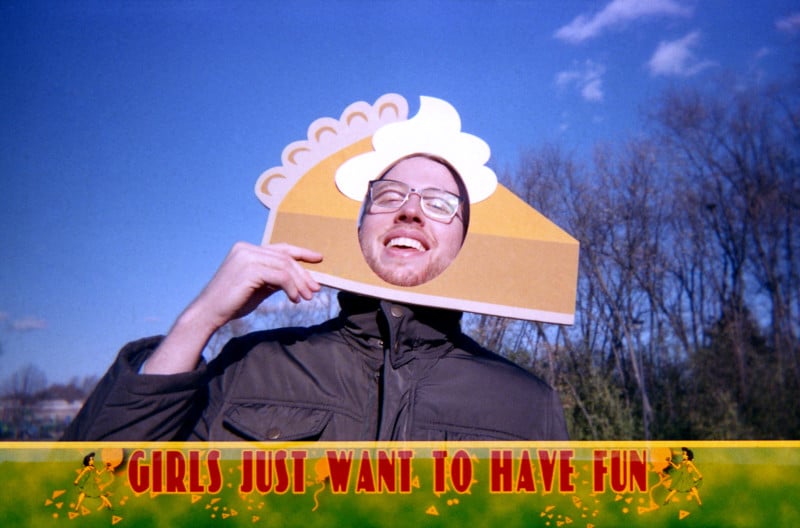 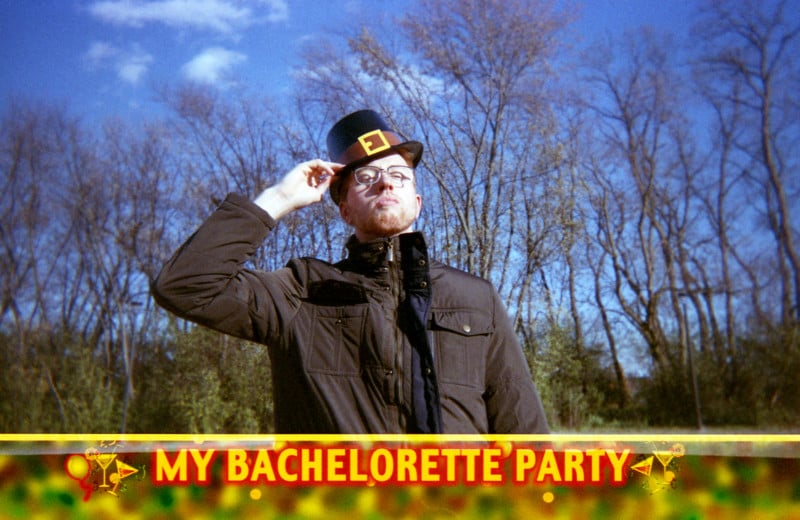 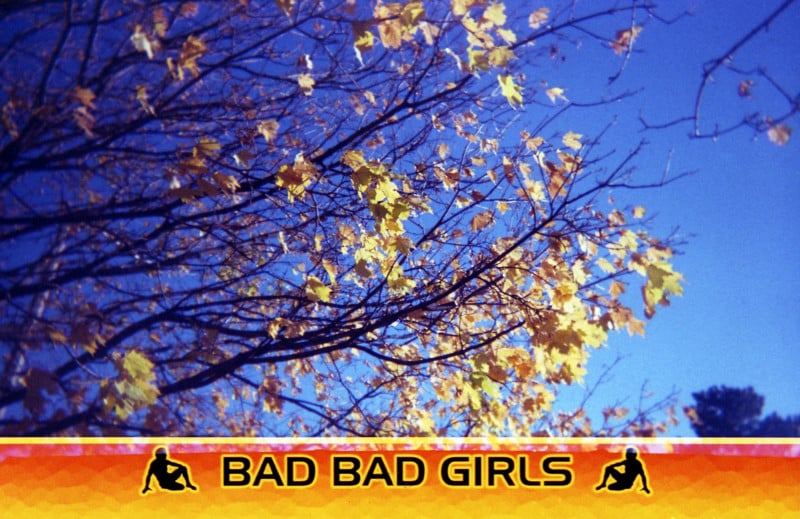 Sean’s video and resulting photos are a look into photography’s past, as products like this haven’t been seen on store shelves for some time. For more videos from Sean, make sure to subscribe to the Fotodiox YouTube Channel.