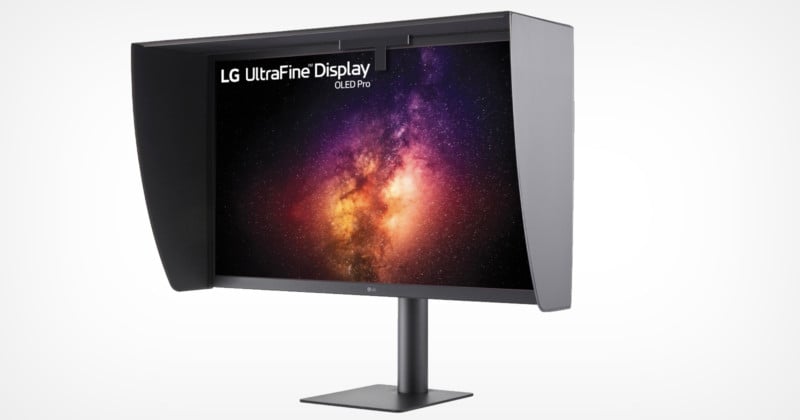 LG has announced that it is updating its color-accurate UltraFine OLED Pro monitor line with a few new features and is also adding a new 27-inch size option to accompany the previous 32-inch version.

LG new OLED Pro models follow the last year’s launch of the $4,000 32EP950, which brought a 1,000,000 to one contrast ratio, true 10-bit color, and 99% reproduction of both the DCI-P3 and Adobe RGB color spectrums. The new models stick to those promises and continue to offer the OLED technology’s greatest strengths: pixel-level control for extreme color fidelity, outstanding contrast, and the complete lack of halo or bloom on bright objects set against dark backgrounds. OLED displays don’t have a backlight like other LCD displays, but instead each pixel is independently controlled and can be turned off and on at that level. That means that blacks can be truly black in addition to the extreme control over lit objects the displays allow. Response time, that is the time it takes the display to show commands or mouse movements, is also nearly instantaneous: LG’s new monitors boast just 1 millisecond of response time.

OLED displays are classicly thin, and that doesn’t appear to change here either. LG says that the UltraFine OLED Pro displays are both thin and lightweight, and the included stand attaches securely to the rear of the display through a one-click mechanism that allows for the adjustment of height, pivot, and tilt. 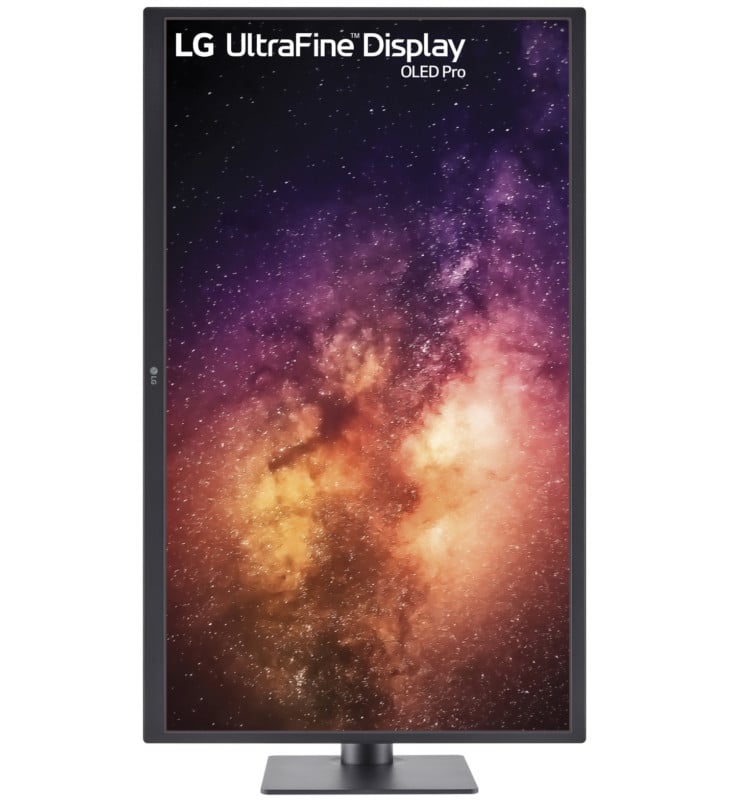 The 2022 update adds two new features in addition to the smaller 27-inch screen availability. First, the displays now ship with a self-calibration sensor. LG says that the calibration sensor measures the light emitted from the display at times predetermined by the user and automatically makes the necessary adjustments to maintain a high degree of color accuracy and consistency. LG is also including a monitor hood with this time, which the company says allows for even more color and image accuracy by preventing distracting reflections or glare from external light sources.

The hood might be especially useful because OLED displays aren’t terribly bright in order to prevent pixel burn out which leads to what most people describe as “burn in.” The two UltraFine OLED Pro displays are only rated for HDR 400, which means a peak brightness that won’t necessarily exceed 400 nits. The refresh rate of the display also maxes out at 60Hz, which means LG focused on picture quality rather than speed, making this display more squarely a professional tool than one that would be popular for gaming. 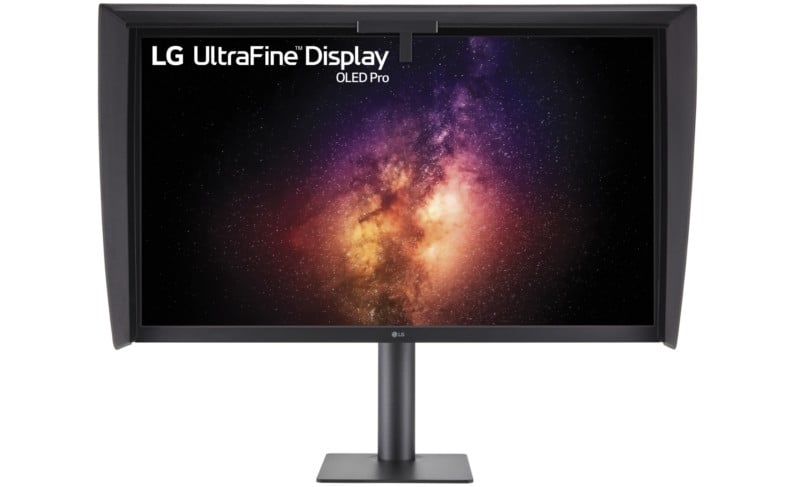 Both of the new display sizes offer the same number of ports as the 2021 version and include a USB-C with power delivery of up to 90 watts, a standard USB for upstream, plus three more for downstream, an HDMI port (likely 2.0 but it isn’t specified), and two Display Ports.

LG hasn’t announced pricing for the two new displays, but expect similar to what the company is asking for the 2021 version of the 32-inch display: $4,000. The UltraFine OLED Pro should be available to purchase starting in January.