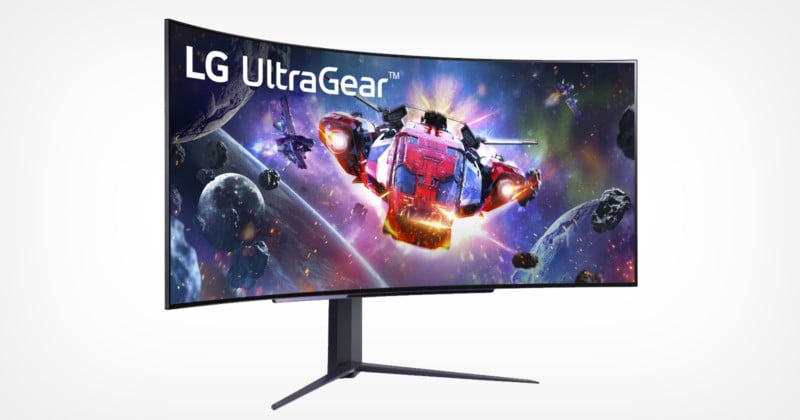 Hot on the heels of Samsung’s massive Odyssey Arc display, LG has announced the UltraGear OLED monitor, a rather large 45-inch curved display that not only is packed with gaming features but also promises solid color accuracy.

The LG UltraGear OLED monitor (model 45GR95QE) is the company’s first display to combine a 45-inch screen with an 800R curvature, which the company says helps boost a sense of immersion. The display boasts a 21:9 aspect ratio and WQHD (3,440 x 1,440 pixels) resolution along with a 240Hz refresh rate and a 0.1 millisecond gray-to-gray response time. LG doesn’t make any mention of brightness, but does state it has a 1,000,000 to 1 contrast ratio.

That said, LG claims that the 45GR95QE delivers the same OLED picture quality of the 48GQ900, a monitor it announced in February. That display boasted 450 nits of peak brightness, so it’s fair to assume this new monitor will be somewhere in that same ballpark.

The new display also has LG’s anti-glare and low reflection coating, which it says combines with its industry-leading OLED display technology to put less strain on users’ eyes, especially helpful for multiple-hour stints in front of the monitor.

Usually, displays that have both resolution and high refresh rates suffer when it comes to color accuracy. That doesn’t appear to be the case with the LG monitor, as it promises 98.5% coverage of the DCI-P3 color space and HDR10 compatibility. It sports two HDMI 2.1 ports, one DisplayPort 1.4, and three USB 3.0 ports (one upstream, two downsteram). 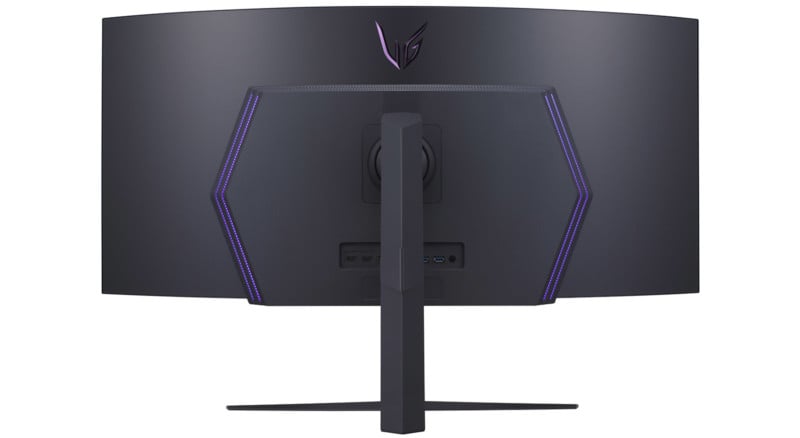 LG is no stranger to experimental or off-the-wall monitor designs — just look at the very unusual DualUp — and it continues that tradition in the Ergo AI display (model 32UQ890).

While the company was unable to provide photos of the new display ahead of publication, LG says this “groundbreaking” monitor is the first LG display that is capable of automatically adjusting its position to follow a user and ensure “ergonomic comfort” through the day. The monitor makes use of a built-in camera and “advanced AI” to continuously analyze the posture and position of a user and make subtle changes to screen height (0-160mm) and tilt (-20 degrees to +20 degrees) that LG says is designed to keep users from remaining in a single position for too long or falling into poor posture over time.

The monitor has three “ergonomic-enhancing” modes that add to its usability: AI Motion, Continuous Motion, and Periodic Motion. LG says AI Motion tracks the user’s eye-level and adjusts height and tilt whenever a change is detected. It did not provide details on the other two modes.

The 31.5-inch 4K display boasts 95% coverage of the DCI-P3 color gamut, has a 1,000 to 1 contrast ratio, maxes out at 60Hz refresh rate, and has a 5ms gray-to-gray response time. It features one HDMI port, one DisplayPort 1.4, and three USB ports (one upstream and two downstream).

LG did not disclose pricing or availability for either display.