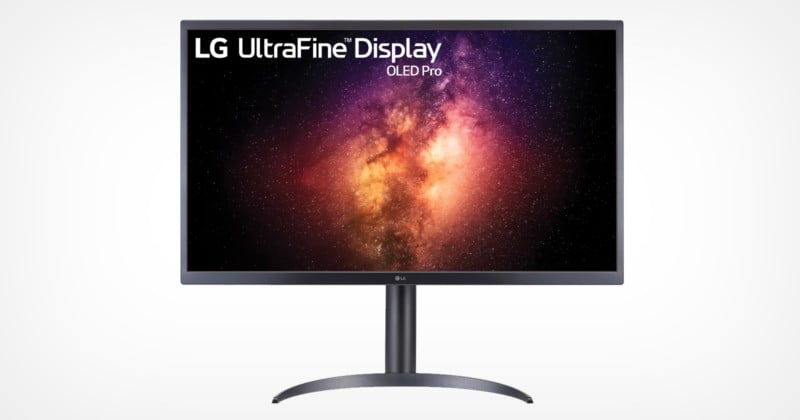 LG has announced the UltraFine OLED Pro 4K monitor, its first-ever OLED that promises accurate color reproduction as well as both SDR and HDR performance.

The UltraFine OLED Pro is a 32-inch 3840 x 2160 4K monitor that LG promises will hit 99% of Adobe RGB as well as 99% of the DCI-P3 color spaces. It also promises true 10-bit color, which can be read to mean that it won’t be the more common 8-bit with FRC, a form of temporal dithering that helps monitors achieve the extra two bits of color depth more affordably than building a true 10-bit display.

The monitor has VESA DisplayHDR 400 True Black certification as well as a promsied 1,000,000:1 contrast ratio. LG says that the monitor can replicate “true-to-life” color without a backlight and thanks to it’s OLED technology, has individual dimmin for its more than eight million pixels. That aforementioned contrast ratio can be reached because OLED panels can fully turn off individual pixels so that blacks are truly black. When contrasted against a lit pixel, the result is a much more stunning picture. 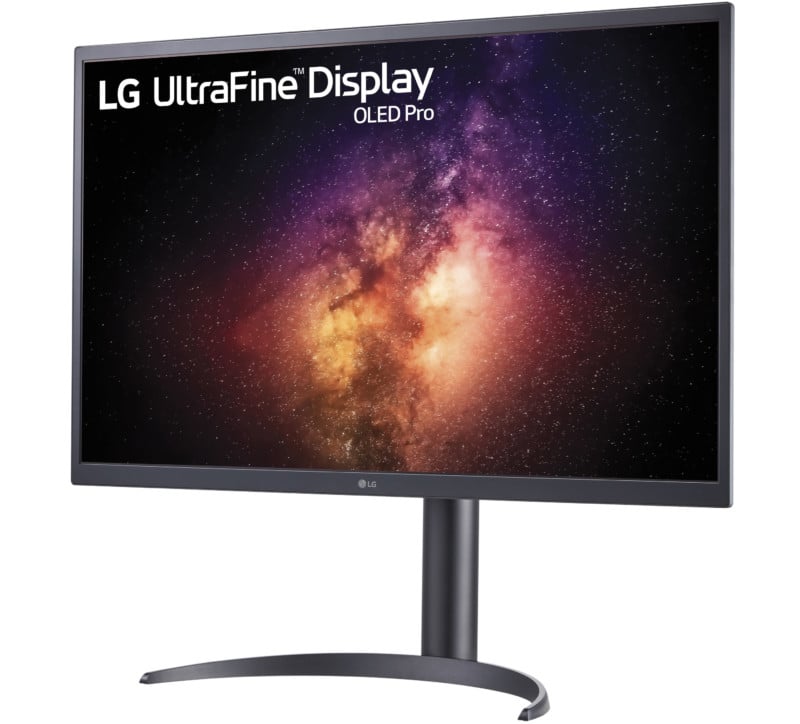 The one issue with OLEDs is that they do run the risk of burn-in, and the brighter and longer pixels stay active, the more likely that burn-in risk is to occur. As a result, OLED panels tend to be significantly less bright than LCD-type panels. The HDR True Black 400 certification means that the panel can hit and sustain 400 nits of peak brightness when displaying HDR content, which isn’t particularly bright, but is the minimum requirement for HDR. Most HDR enthusiasts will say that 600 nits of peak brightness is needed to actually appreciate HDR content, however. The “true black” addition does mean that the monitor has 50-times greater dynamic range than HDR 1000, however. 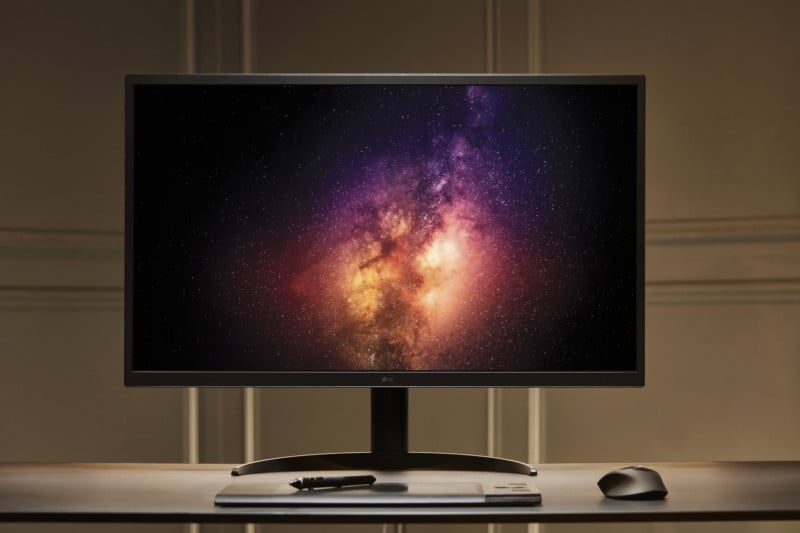 Brightness aside, OLED displays are capable of extremely accurate color representation, and that may matter more to photographers — OLEDs are chosen not for their brightness, but because of their dynamic range and accuracy. LG promises that the UltraFine OLED Pro fits that bill. In addition to the promised color accuracy, the LG Calibration Studio solution employs LG’s self-calibration sensor to automatically measure the light emitted from the OLED display and maintain “the highest degree of color accuracy.” The UltraFine OLED Pro also allows users to schedule auto-calibration that allows for consistent top-quality color display.

The Display refreshes at up to 60Hz, features DisplayPort and HDMI connectors (what type of HDMI is not stated, but it is likely HDMI 2.0), supports USB-C 90W power delivery, and also includes a USB-A port.

The LG UltraFine OLED Pro 4K monitor is currently available from LG for $4,000.