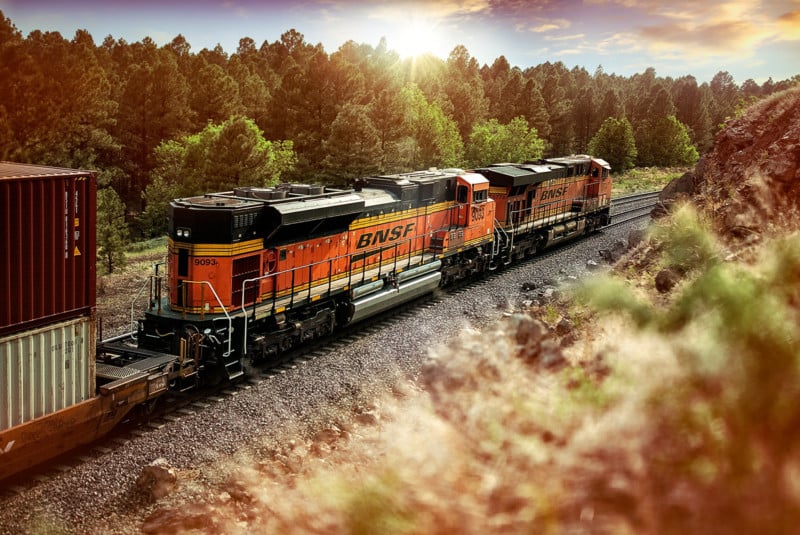 It was my first year in college. I was going out every day to teach myself photography, Harry Potter had just come out in theaters, and Canon entered the digital photography world with its very first fully backed flagship, the Canon EOS 1D. At the time, I was shooting on the Canon EOS D30, and didn’t see any way in sight of affording the 1D, but also didn’t think I really needed it either. Then came the moment that I first held one.

I was with my friends, Fred Miranda and Ben Horne, walking around the San Diego Wild Animal Park, and for the first time found myself having extreme camera envy. While the D30 that I was using was great and had helped teach me the balance of light and focus, the 1D was in a category all its own. After I returned home from California I spent months buying and selling camera gear, and even creating my own lenses, just to afford the 1D. Taking on a diet of bean and cheese burritos from a Mexican restaurant next to my apartment, I streamlined my expenses, and when some refurbished 1D’s came onto the market, I bought one.

I can still remember when it arrived. There wasn’t a formal box, as it was a refurbished unit, but rather a plain white box containing the body and accessories. Upon picking it up, it was a camera that felt solid, refined, and robust enough to build an entire career on… and that’s what I was lucky enough to do. I took it everywhere with me, from classes at ASU to summer vacation at my grandmother’s house in Illinois. It was actually the first camera I ever took to the train tracks with me, all the way back in 2002. 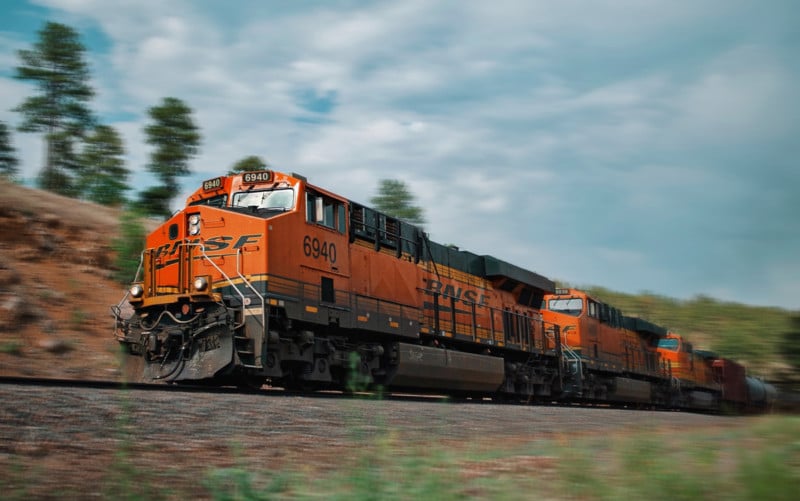 I would go out at all times of the night and day to learn it. From how to hand hold it for a long exposure, to knowing where the sensor liked the exposure to be, learning the ins and outs of it allowed me to be confident enough to apply for my very first photography job, an internship at the Arizona Republic. It is with the 1D that I would develop a career path and appreciation for the people that I would photograph. From celebrities and athletes to social workers, lab scientists, and even the pet of the week, I gave them all my time and attention behind the lens and 1D.

At the time, the mid-range zoom from Canon was the EF 28-70 f/2.8L, and was one that I wasn’t the strongest on. I felt the contrast and subject isolation were a bit difficult to nail, and I actually opted instead to shoot primes — all primes. I carried with me a 35 f/1.4L, 45 f/2.8 TS-E, 50 f/1.4, 85 f/1.2L, and 135 f/2L everywhere I went. Yes, my shoulder was toast at the end of the day, but the images from the primes were worth the pain. Looking back at it now, I can understand why the other photographers at the newspaper looked at me oddly, but wouldn’t have changed anything if I could. 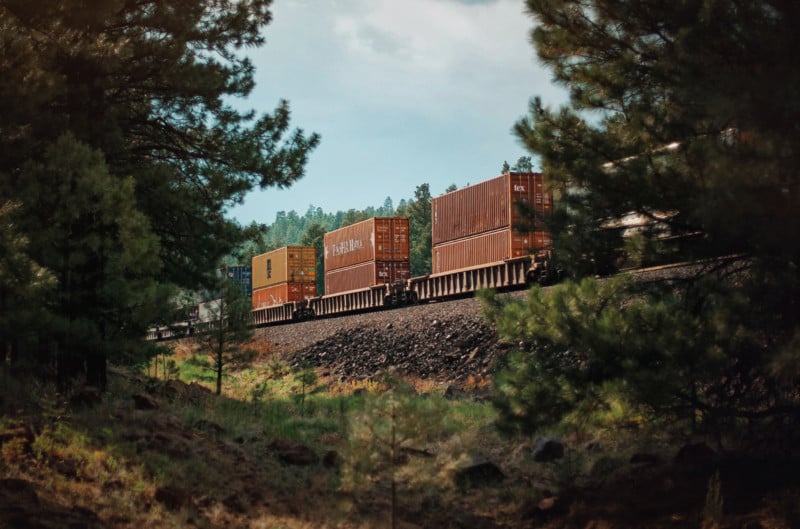 As time passed, I went through a number of camera systems from a lot of different companies, but a part of my heart lives with the 1D, as it helped build my aesthetic and confidence. That is why I spent a couple of years back around 2018 trying to find one in as close to new condition as possible. I knew the challenge would be tough, but after finding a new Nikon D1, I was driven to discover one, no matter how long it took. As fortune would have it, I did.

A Florida camera collector had one in new condition with almost no actuations on the shutter. I bought it immediately. Also, like with my Nikon D1, I was committed to using the camera to both see how it compares to modern platforms, as well as rekindle the nostalgia that came with such an important platform.

Over the period of a couple of years, I took it with me periodically to the train tracks and walked around just enjoying the sound of the mirror slap and feel of the shutter click. There is something so functionally simple about its ergonomics. The rear wheel is large and without a center button, the menu system is cryptic and you have to press a button just to remove the large nickel-cadmium battery. But God is it a wonderful thing to behold. 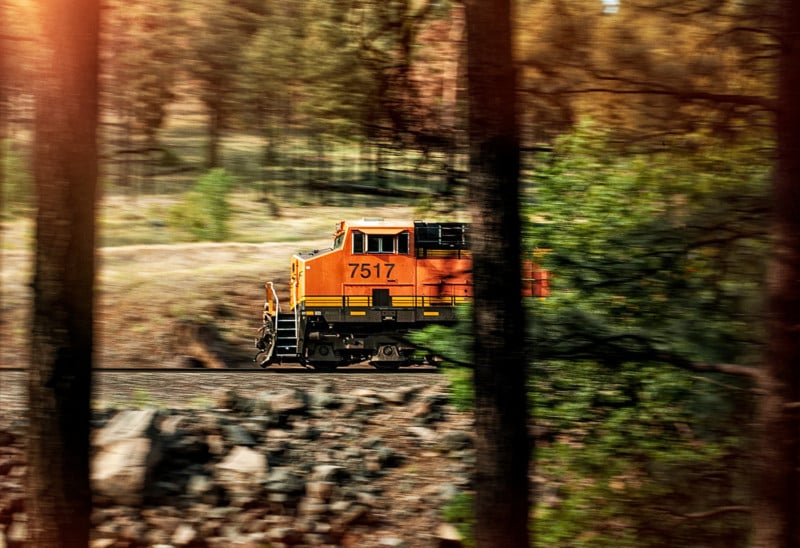 The heart of the EOS 1D is the sensor, a CCD. For those that haven’t shot on a CCD (as most of the market soon after the 1D went to CMOS), it is a sensor that is as beautiful as it is unforgiving. In many ways, shooting to an early CCD chip is like shooting chrome film. You get only a few functional stops of dynamic range, but the ones you have are nothing less than stunning. It is sharp, colors are punchy, and it can flash sync up to 1/500 of a second. However, like exposure, you have to be extremely careful to nail white balance, especially when photographing orange train engines as the orange in some images will shoot true, while with others it will drift towards red. Get the balance correct and you will be rewarded with images that hold up to any modern-day cameras, but at significantly less resolution.

This brings us to the question, “How does the twenty-year-old Canon EOS 1D hold up to modern-day cameras?” 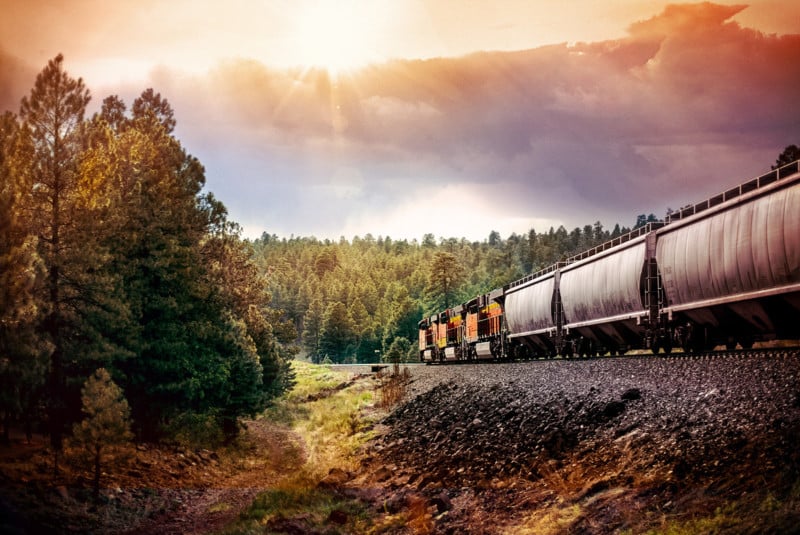 It is a question that I started thinking about a couple of years ago when I started working with the 1D again. At the time, Canon had just released the 1DX Mark III and been kind enough to send one over for me to try out side by side with the 1D. What surprised me is that the two cameras are as much similar as they are different. The 1D is heavier but balanced well (especially with the 135 f/2L attached). The 1DX Mark III is lighter, as the industry has progressively dialed weight out of camera bodies with more complex materials over the last two decades. Also, while the ergonomics at first glance are near-identical, the 1DX Mark III has added more and more buttons for quick access. This helps photojournalists and sideline sports photographers to access even the most minute adjustment on the fly. For me though, I prefer fewer buttons and tend to make critical adjustments with shutter or aperture, but the more subtle ones I don’t mind hitting up the menu for. For me, shooting with the 1D was more conducive to relaxing, while the 1DX Mark III was more capable of creating.

This is where I had intended to end this story… and then came the R3.

To be honest, I didn’t know what to expect when first being briefed on the Canon EOS R3. I certainly didn’t look at it and think about the 1D, as the R3 is as modern looking as they come. Then, one day a box arrived from Canon with a production R3 inside, and as expected, I charged the battery (all while staring at the blinking dot) and immediately took it out to the train tracks. I went into this camera test with the idea in mind of how would it compare to the 1DX Mark III (or even R5), but within the first few minutes, realized I wasn’t shooting either one of those cameras, I was shooting the second coming of the 1D. 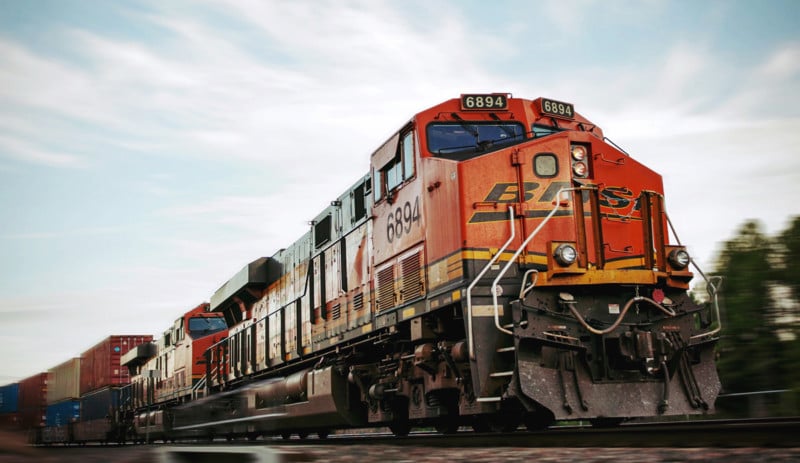 Creating with the R3 was like thinking, and muscle memory was fluid. I was again that 20-year-old kid walking around with a camera that he was proud of and could take on the world with. On a few occasions, I even took the two systems out together, one slung over each shoulder. In many ways, it was a perspective of photography that looked back at where we’ve come from and forward to where we will go.

All photos by Blair Bunting, taken on a Canon 1D.