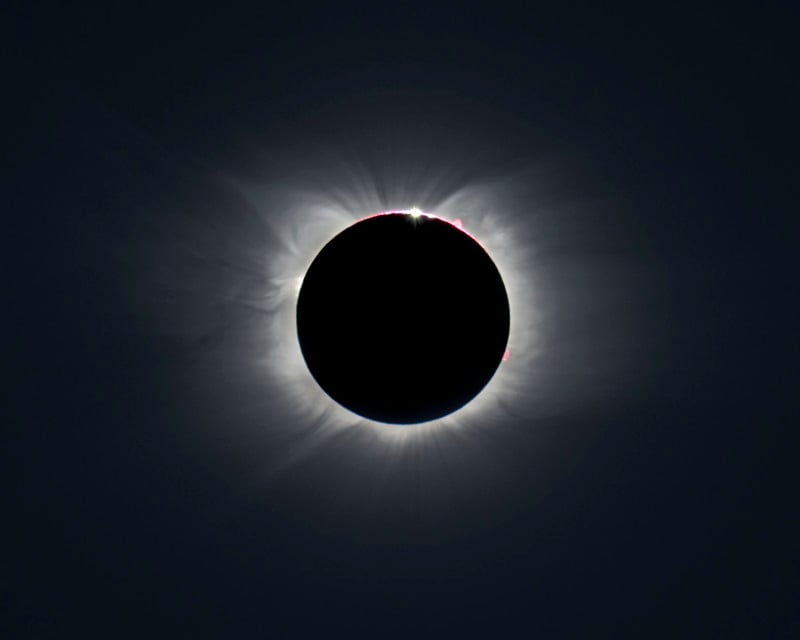 On December 4, a total solar eclipse was only visible from Antarctica, which is where Theo Boris and Christian A. Lockwood were positioned to photograph it and live stream the event for NASA.

Boris and Lockwood are members of the JM Pasachoff Antarctic Expedition who successfully transmitted a live feed of the total solar eclipse for the world to see, as it was only visible to those in Antarctica. The stream was provided to NASA, who distributed it globally for free on YouTube.

The full event took place for just over two hours, from 1:30 AM EST to 3:37 AM EST. Totality was visible at 2:44 AM EST. The photo above and the one below were provided to PetaPixel by the JM Pasachoff Expedition, courtesy of Boris and Lockwood. 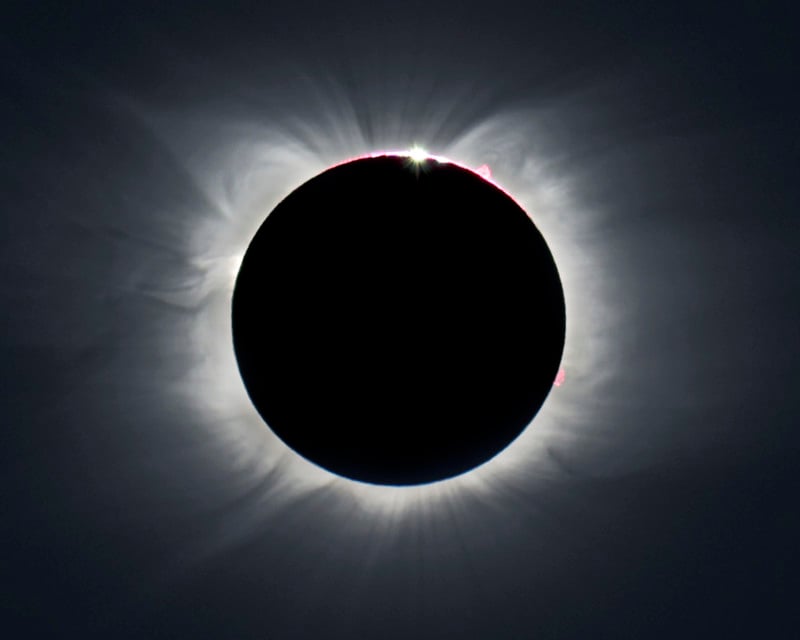 The two other types of eclipses are an annual solar eclipse or a partial solar eclipse. Annual eclipses happen when the moon is lined up between the Sun and the Earth, but at its farthest point from the planet. NASA explains that because the Moon is farther away from Earth, it seems smaller and does not fully block the sun, but rather appears as a black dot in its center. A partial solar eclipse was what most in the souther hemisphere experienced on December 4, and happens when the Sun, Moon, and Earth are not perfectly lined up from the point of view of the observer.

In the case of this recent Eclipse, NASA produced a detailed diagram that showed where on Earth the eclipse would be visible at all. As mentioned, only Antarctica was able to view the total eclipse, but the tip of South America, for example, was able to at least catch a glimpse of a partial eclipse.

Image credits: Photos by Theo Boris and Christian A. Lockwood.