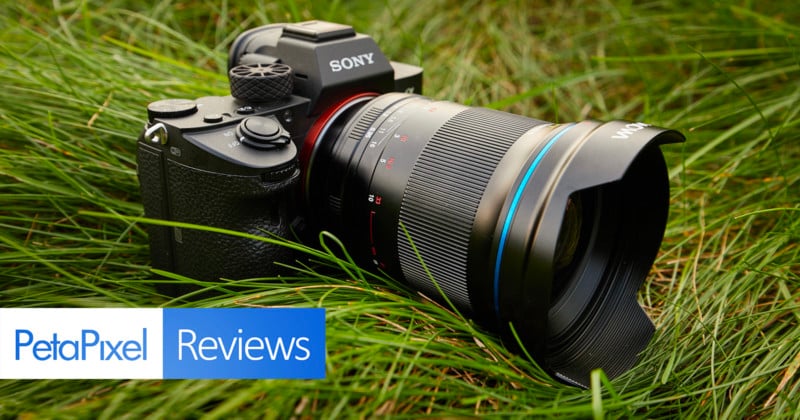 “Built like a tank” is not a phrase often heard with photography gear anymore. The Argus 35mm, however, has a full metal exterior including the removable lens hood. Between the metal housing and the optics inside needed to produce a wide-angle f/0.95, the lens ends up weighing one pound 10.6 ounces (755 grams). That’s a lot of meat contained within its 3 inches (76.8 millimeters) of diameter and 4 inches (103 millimeters) of length. That’s a lot of weight in a small space makes the lens heavier than it looks. 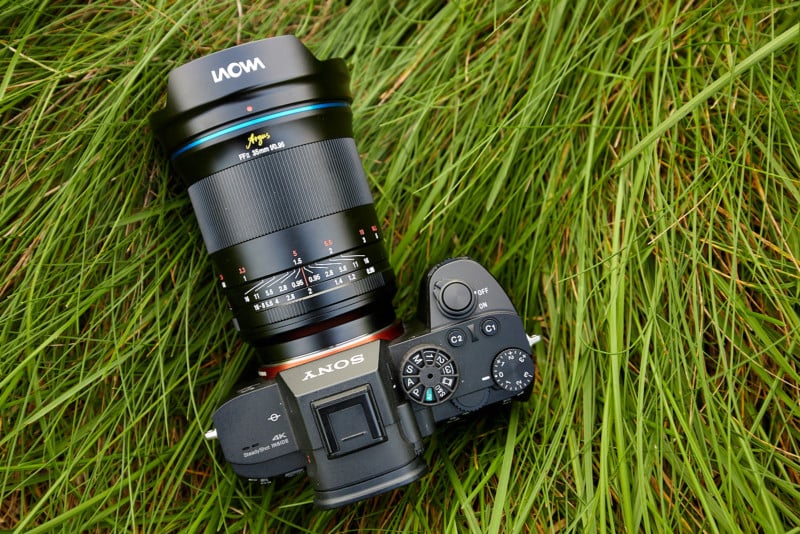 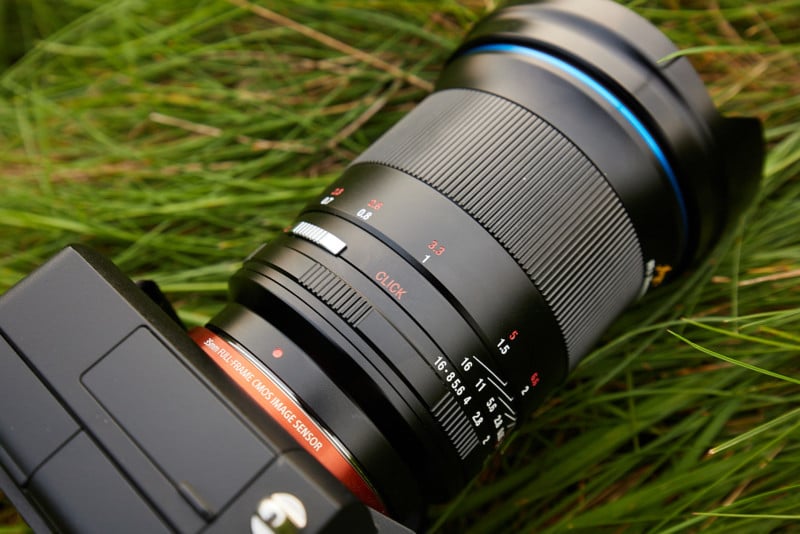 There a three lens controls on the outside: a focus ring, an aperture ring, and an aperture de-click switch. The focus ring uses metal ribbing and has a 300-degree throw. Since there is no autofocus on this lens, the focus ring gets a lot of use. For my taste, I find it to be really stiff and did not like the amount of tension on it. It feels like a lot of work considering the amount of force I need to put in plus the amount of turning that needs to be done with how far the throw is. Not that there’s a right way and a wrong way, but I typically shoot with the four fingers of my left hand under the lens. With the Argus 35mm I find myself needing to put the four fingers on top and that gives me more turning power and distance to manipulate the ring easier.

The aperture ring has a slightly easier turn to it, although it doesn’t have to travel very far to span the range of f/0.95 to f/16. The labeled aperture notches are not very prominent and even with the clicks enabled it’s easy to go off-number and place the f-stop anywhere. The lens does not report any information to the camera, so without ever knowing the f-stops after the fact it might just be the smoothest option to keep the aperture de-clicked with the provided switch found on the left side.

The Laowa Argus 35mm f/0.95 comes in three different mirrorless mount types for Sony E, Nikon Z, and Canon RF. For this review, I tested the Sony version. As it’s designed for mirrorless from the get-go, there’s no awkwardly large built-in converter on the back. 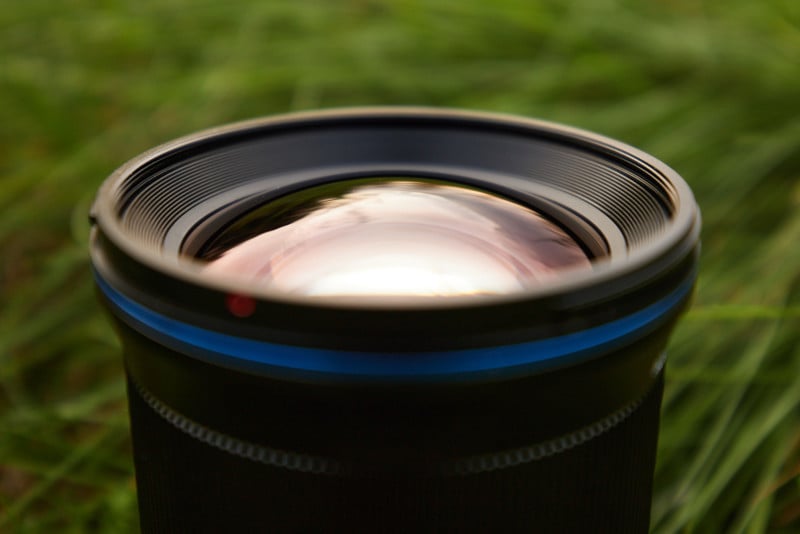 Inside, the lens uses 14 elements in nine groups, including one aspherical element, one extra-low dispersion element, and four high-refractive elements. There’s also a whopping 15 aperture blades.

Testing out the lens, it was apparent that shooting at f/0.95 has some drawbacks. First is the color fringing, which is heaviest wide open, shows dramatic improvement at f/1.2, is nearly gone by f/1.4, and clears at f/2. 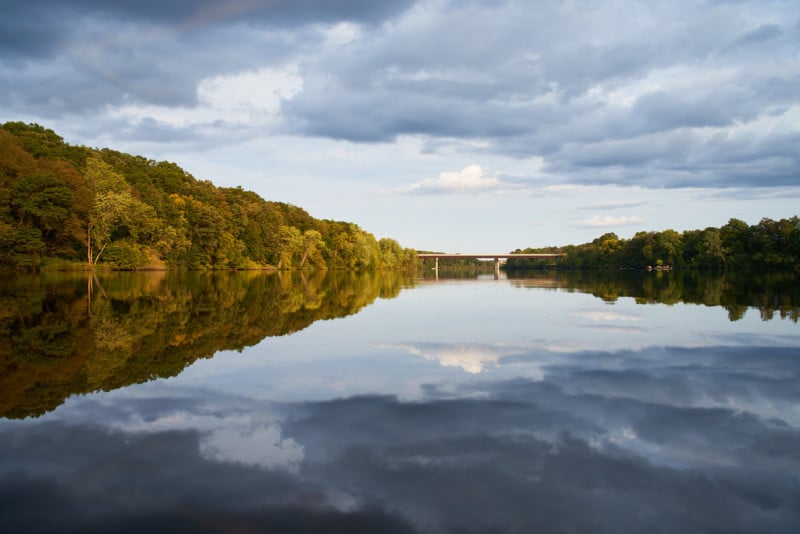 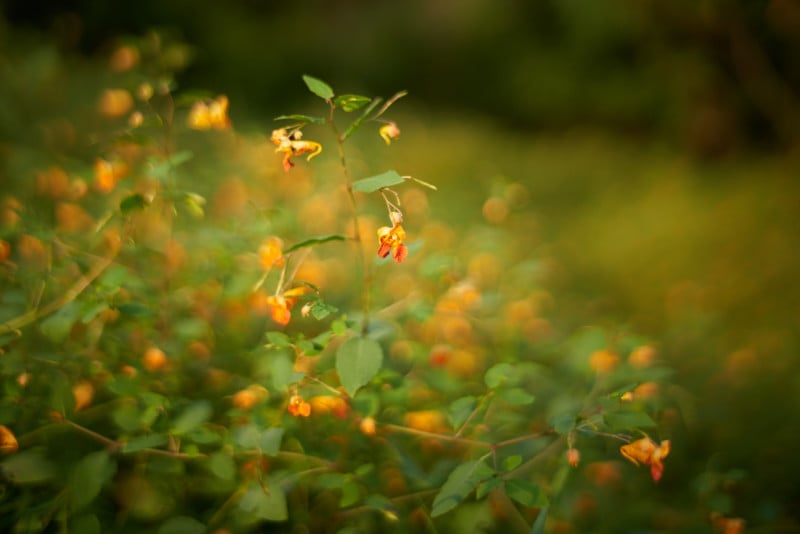 Looking at center sharpness, I found shooting wide open to be somewhat soft but it improves up until f/4 where it’s the sharpest. After f/8 and through to f/16 there is a steep drop-off of sharpness. A corner sharpness test showed that f/8 is where it hits peak sharpness. I concluded that the sweet spot of this lens as far as obtaining the sharpest photos is going to be shooting between f/4 and f/8.

As for vignetting, it’s quite heavy at f/0.95 which was expected. Each step in stopping down shows good improvement until f/2.8 where it begins to mellow out. By f/4 the vignetting is virtually eliminated.

The bokeh produced by the Argus 35mm f/0.95 lens is thoroughly pleasing for anyone looking to wash away backgrounds. The benefit of such a wide aperture is that even with a wide-angle lens, the subject can be further away from the camera and still gain the shallow depth of field effects.

The out-of-focus areas exhibit minimal hard edging and when shot wide open, bokeh balls do not show flat edges. These balls do swirl around the center of the lens with a cat-eye-type look that will round out as the aperture is stopped down. 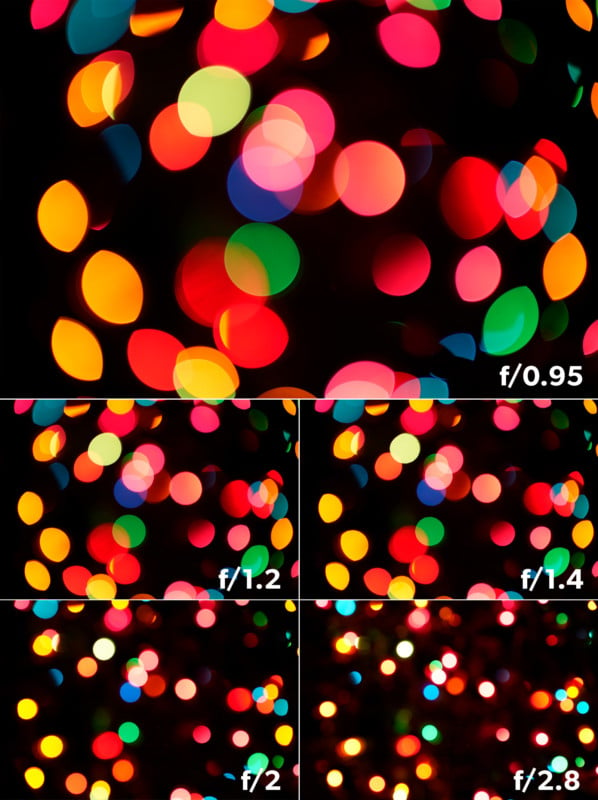 The minimum focus distance of the lens is 1.6 feet (0.5 meters), and when taking into account the wide field of view means that you aren’t going to be able to get very close to smaller objects to photograph — no close-ups of flowers swimming in a pool of bokeh will be captured here.

Focus distance can also play a role when shooting wide open at f/0.95. From the close focus distance to about 3.3 feet (1 meter) at this f-stop, the focal plane is going to be softer than shooting one meter to infinity. The company actually mentioned this to me before testing, so the designers are well aware of the limitations of their product.

First to the Party

In the pursuit of achieving an f/0.95 aperture within a full-frame 35mm lens, there are some downsides that pry into what is a unique look. It’s heavy, it feels slow to work with, and the image quality has some danger spots to be aware of. That said, Laowa gets the advantage of being the first to make a 35mm f/0.95 lens for full-frame cameras and delivers a lens that is capable of producing eye-catching images never before possible.

To me, this lens lives in that area between being able to make a creative look and achieving technical perfection. It’s not aiming to be the sharpest, most technically controlled lens ever because it also wants to offer photographers that in-your-face bokehlicious look, too. At the same time, it’s not going overboard on the creative side like I think a Lensbaby does and can step up to being a competent 35mm when you need it to be. 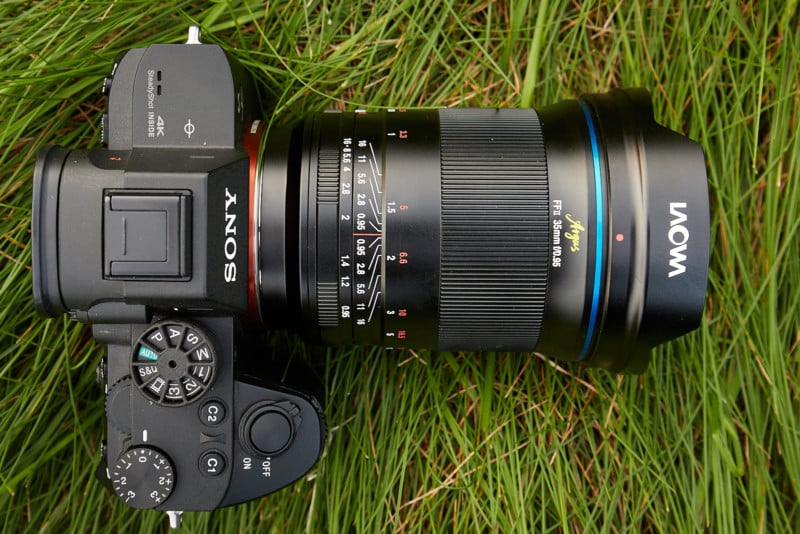 Laowa is touting the Argus 35mm f/0.95 as the world’s fastest 35mm full-frame lens, so the alternative right now is more like a compromise. There’s the Sigma 35mm f/1.2 DG DN ART full-frame lens for Sony E-mount and Leica L-mount that comes two-thirds stops short in its maximum aperture. On the plus side, it does have autofocus but is also fatter, much longer, heavier, and more expensive.

As for Canon RF-mount and Nikon Z-mount cameras for which the Argus 35mm is available, there are no 35mm f/1.2 or even 35mm f/1.4 alternatives at this time. Laowa really is paving the way in this respect. If you care more about the f/0.95 than you do about the focal length, the Nikon 58mm f/0.95 Noct is always an option.

Yes, although I’m not saying the Laowa Argus 35mm f/0.95 FF lens is for everyone. Given its unique look that is not currently offered by anyone else and the image quality largely holding up when you know how to use it, it’s going to be worth it for those interested in the wide-angle shallow depth of field look.