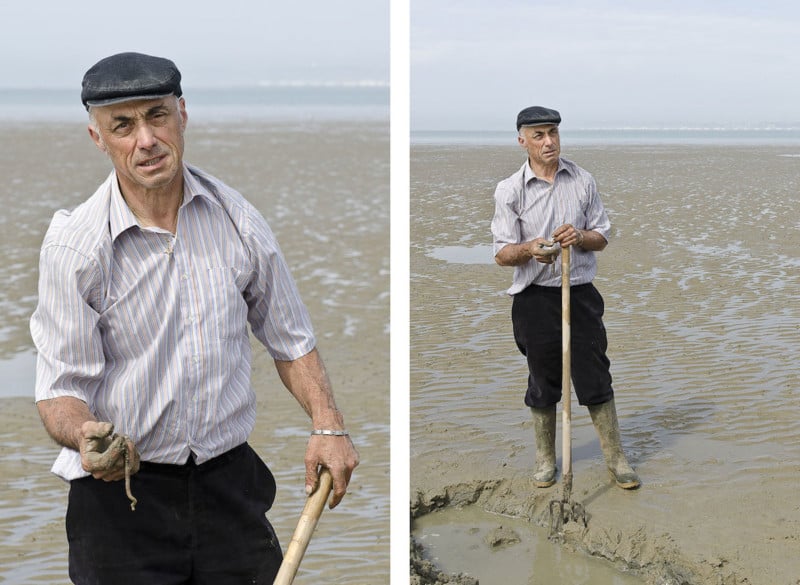 When you focus your camera, the area around the focal distance will also be in focus. But this can fall off to blur quickly or slowly. The acceptable amount of in-focus area around what’s you are focusing on is called depth of field.


Depth of field can be an easy concept to understand, but practicing it isn’t always straightforward. Which aperture you choose, which lens you use, what camera you are shooting with, and even how close something is to your lens all play a large part in controlling depth of field. Throughout this post, the guys from Aperture Photo Tours in Paris, London, and Venice will be exploring all the elements that make up depth of field and how to take control of your camera.

Firstly let’s talk through some of the terminology so we understand all of the vocabulary related to depth of field. Some of them sound similar, but have very different meanings, we want to make sure we’re all on the same page.

Why Depth of Field is Important

When you are shooting, depth of field can play a large factor in how your image will be rendered and can change the meaning and intention of the image. You can choose to selectively isolate a subject from its background by having a narrow depth of field or alternatively you can make sure that everything from the foreground to infinity will be in focus, ensuring you have a sharp image throughout your image.

When and why you decide to choose these settings will be up to you, but some examples would be:

Aperture and Depth of Field

When you have a larger aperture (smaller number) you will have a narrower depth of field. The blurry parts that are not in focus are called Bokeh, and many people are quite a fan of the way it will render light.

Even though your depth of field in actual terms will be relatively the same at 24mm as 80mm and again as 200mm, the image will appear to be more out of focus when zoomed in. The reason for this is caused by ‘distance compression’; as we walk back and zoom in, keeping our subject the same size within the frame, the background has been brought closer.

Look at the example below; the chair has relatively the same amount of blur in each photo, but as we compress the background and make it closer to the image, it gives the impression of being more out of focus, by amplifying the out of focus area in comparison to our subject.

The wider your lens is, the wider your depth of field will be. On my 8mm f/3.5 lens, for example, I can sit on f/5.6 and my hyperfocal distance is about 50cm, meaning everything from half a meter to infinity will be completely in focus. It can therefore be more difficult to have a shallow depth of field on a wider lens.

Focus Distance and Depth of Field

The focus barrel in your lens increases exponentially. Each lens is different, but take this example of a 50mm lens below. If we imagine the depth of field as being a fixed width on this exponential scale we can see that the further towards infinity, the larger the depth of field will become, without changing the aperture or focal length of your lens.

But when you have the aperture set to f/2.8 the distance between the two points drastically reduces. When you are shooting a subject 60cm from the camera, the depth of field is only 4cm, as opposed to 1.3m when you were shooting at f/22

If you want to have a narrow depth of field, bring your subject closer to the camera.

If you want to have a deep depth of field, move your subject further away from the camera.

It is for this reason that if you are shooting anything further than 15m on a 50mm lens, your aperture literally doesn’t affect depth of field. Anything beyond 15m has hit hyperfocal at all aperture stops and everything will be in focus.

On the PhotoPills website is a really handy Depth of Field Calculator that will specify hyperfocal distances, as well as all other depth of field calculations.

The Speed of a Lens

We often talk about the “speed” of a lens or having a “fast” lens. When we are talking about this, we are talking about how large the aperture can open. Many versatile zoom lenses will have a maximum aperture of f4 or f/5.6 which will make it difficult to get a real narrow depth of field.

A high-quality zoom lens and some prime lenses will be “faster” and have a maximum aperture of f/2.8. We call them faster lenses because when you can shoot at a larger aperture, you can increase the shutter speed with the same amount of light.

A high-quality prime lens, like a 35mm, 50mm or 85mm will go down as low as f/2 or even f/1.4 giving you a remarkably thin depth of field. For a portrait shoot with a 50mm f/1.4, you can focus on the eyes, and have the tip of the nose and the ears already blurry.

There are some exceptional lenses that are faster than f/1.4, going as fast as f/1 and even f/0.8, but these lenses are very rare and specialist lenses.

Some zoom lenses have a variable maximum aperture. Usually, the maximum aperture is larger at the wider focal length, and smaller at the most telephoto length. So if your lens is a 24-105mm f/3.5-f/5.6, it will mean that at 24mm you can go as low as f/3.5 but when you are zoomed into 105mm, the largest aperture you can have will be f/5.6.

I really like shallow depth of field and bokeh, but I am not a millionaire, is there a good lens you could suggest?

Both Nikon and Canon have very high quality 35mm and 50mm f/1.8 for under $200. The standard focal length means you will have the ability to shoot close and get a narrow depth of field. Most lenses won’t go as fast as f/1.8 and for only a few hundred dollars they should be a standard part of every photographer’s kit.

Does Sensor Size Change the Depth of Field?

This is a little bit of a tricky one. Yes… and no. The depth of field between two identical photos from a full-frame camera and a cropped camera would look the same. Where the blurry line is, is that a full-frame camera has more of the scene in the shot. So to compensate you will need to bring objects closer to achieve the same ratio.

To have a narrow (or small) depth of field:

So hopefully you understand how to get great bokeh or to keep everything tack sharp now. Don’t be discouraged if you need to reread this article to set everything in your head. It will take time, and most importantly, practice.

P.S. Why not come on a photography tour with Aperture Tours in London, Paris, or Venice and learn with a professional photographer in a photogenic city.

Image credits: All photographs by Alexander J.E. Bradley unless otherwise credited. All photos used with permission.