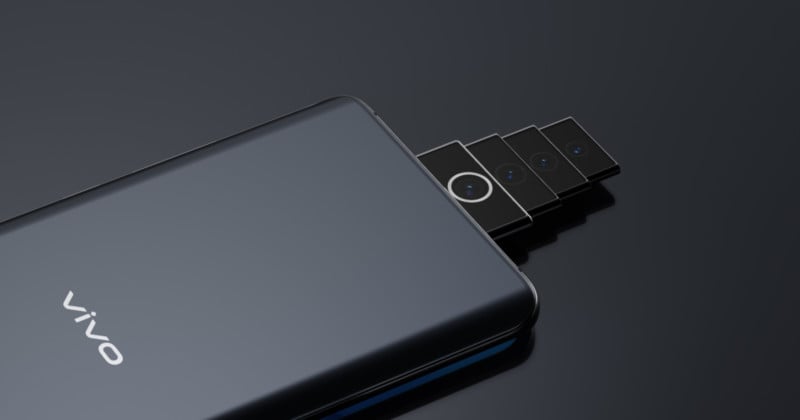 Chinese smartphone manufacturer Vivo has recently published schematics for a pyramid-like smartphone camera design that stacks multiple lenses on top of each other in a unique telescoping camera mechanism.

According to documentation on the design, Vivo wanted to try and get over a challenging hump: smartphones currently only support a small number of multiple-zoom options. This new method would enable it to make a larger zoom range possible within the small chassis of a smartphone and offer what appears to be at least four zoom options.

Unlike other pop-up camera designs that have been either patented or even implemented in the past, Vivo’s choice here wouldn’t be to have the cameras act as a selfie camera, but instead point towards the back of the camera and operate as the full main camera array for the system. The benefits of this design are twofold. First, the phone can be slim and seamless all around and would not require a camera bump because the cameras would not be visible unless activated. Second, multiple cameras could be hidden on top of each other and potentially overlap, which would allow Vivo multiple different focal lengths of increasing zoom factor in this one system. 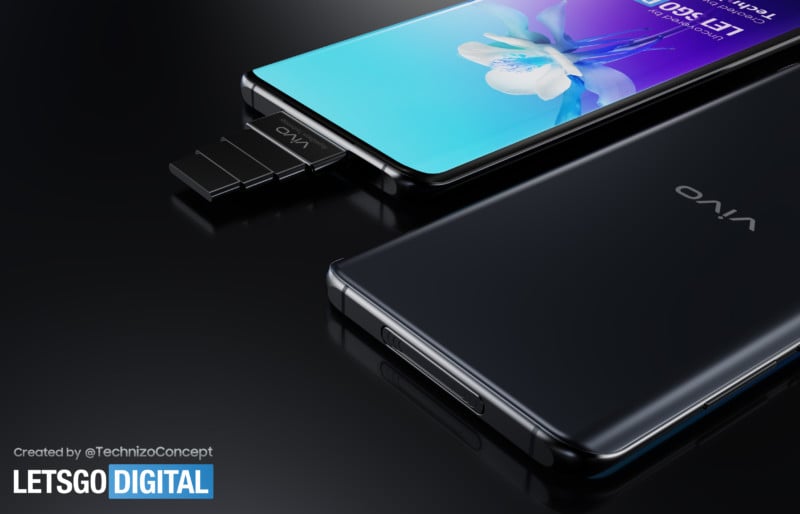 The patent also notes that the front-facing selfie camera would be an under-display type, which means this particular option would feature a set of cameras that use technology that is already on the bleeding edge before the pyramid-like telescoping system is considered. In short, Vivo is trying a lot of unproven ideas in one device. Curiously, a pop-up camera has been one solution to providing a seamless display to a smartphone and once under-display tech has been advanced to a certain point, many would think that the pop-up design would no longer be necessary. Clearly, Vivo disagrees.

According to renders and explanations from LetsGoDigital, Vivo’s telescoping camera could be extended in four steps, and one camera lens extends at a time. The bottom lens would always pop up when the camera app is activated and the other lenses would appear as they are requested through the app software. 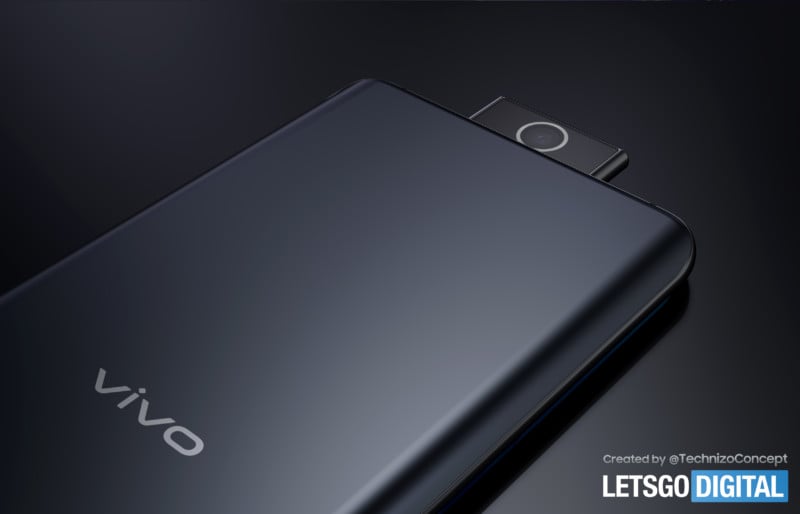 As mentioned, the lenses could potentially overlap and allow for multiple different optical zoom arrangements in the same camera and while Vivo doesn’t specify exactly how much optical zoom can be expected here, the company does say it would be considerably more than any current system using a periscope lens design. 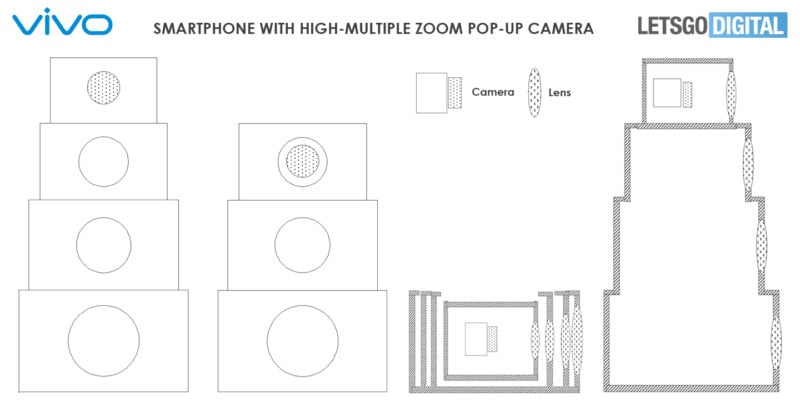 As is the case with any pop-up or removable system in a smartphone, the major issue that Vivo would run into is durability. Not only would this design require a set of moving parts that, at any number of points, could fail, but the entire pyramid-like system could also easily be snapped off if not retracted correctly.

Even though this design has its flaws which make it unlikely to come to market, Vivo is showing that it is not afraid to imagine different possibilities other manufacturers would be quick to disregard. Earlier this year, Vivo also patented a smartphone that includes a tiny quadcopter drone that slides out from the main body of the device, detaches, and can fly away to allow for better selfie photos. Compared to that, a telescoping camera system seems far more likely.

Image credits: Photos by LetsGoDigital and Technizo Concept and used with permission and per publication guidelines.