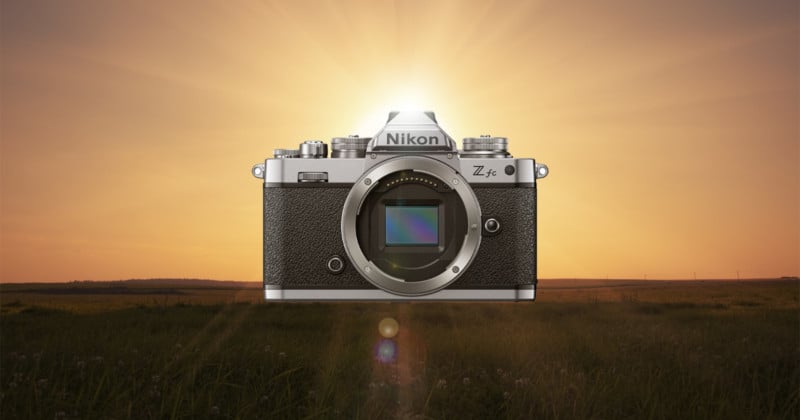 Nikon’s recently announced Z fc is a camera that shows how not only can the company learn from and fix past mistakes, but also illustrate how it plans to succeed today as well as where the company can move in the future.


Designed based on the classic Nikon FM and FM2 film bodies, Nikon did an exceptional job at marrying the analog body with the requisite features that we all expect in a digital camera. Looking at the Z fc fitted with the 28mm SE from the front, one would be easily forgiven for believing it was a film body.

Aside from Leica — and manual focus rangefinders are an entirely different matter — no one else has so far proven capable of making a digital camera that almost completely passes aesthetically as a film camera yet still retains all the necessary features of a digital camera (for example, a vari-angle touch LCD screen). Yes, there is Fujifilm, but I don’t think its cameras look like film bodies in the way the Z fc does. The key is how Nikon has been able to thoughtfully manage the hybridization of the past and the present while also leaving the door open to the future. 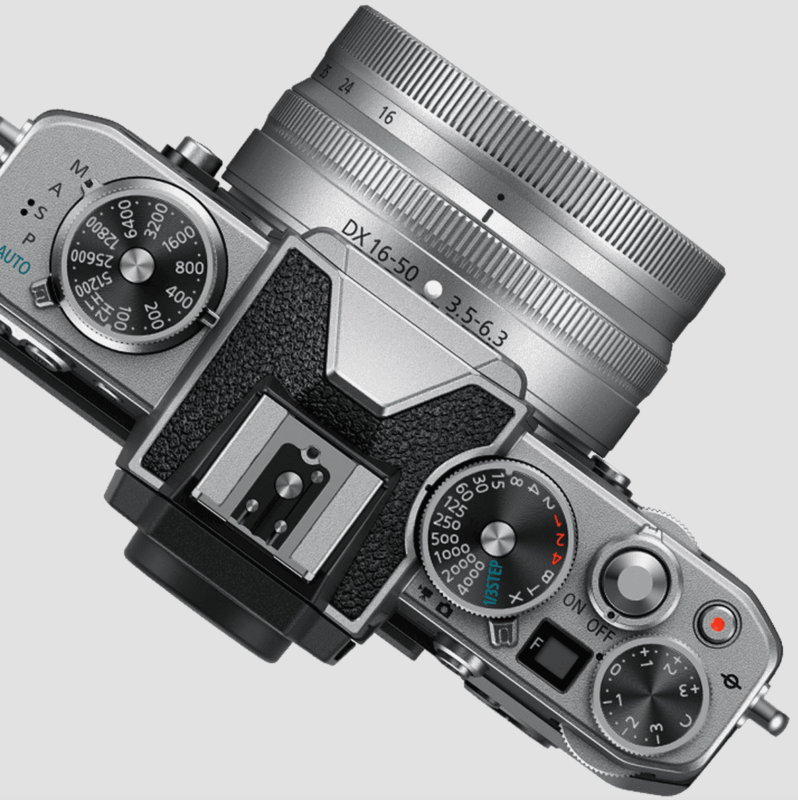 The Z fc Mostly Fixes What Was Broken

This is not Nikon’s first attempt at a retro body. That title belongs to 2013’s Nikon Df which was ultimately a significantly flawed camera in a number of ways: it had an incredibly uncomfortable grip, very confusing control scheme (some knobs you lift to turn, some you press and turn, and others are optionally lockable or unlockable), the lack of a nice film-era focusing screen to improve manual focusing, and an overall cheap construction (painted plastic top plate).

The Df was also incredibly overpriced. 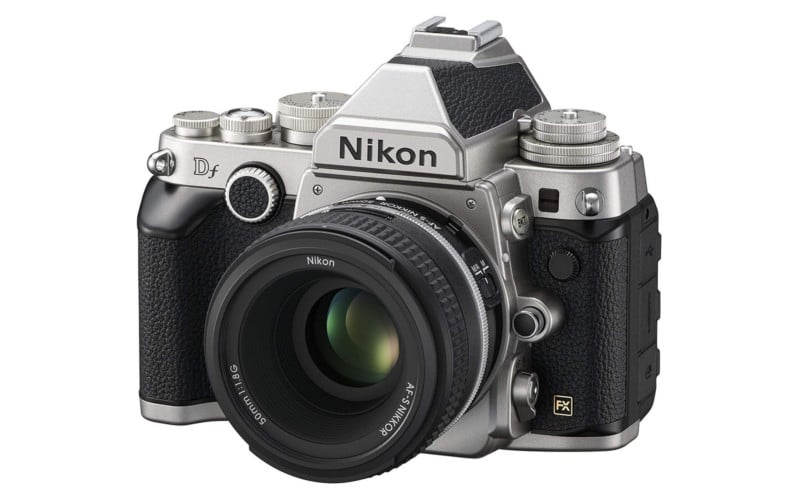 With the Z fc, Nikon appears to have specifically addressed many, if not all, of the major problems with the Df. The Z fc now has consistency among how the dials are operated, it has more versatility thanks to the vari-angle touchscreen (and you can flip it closed to effectively use the camera like an actual film camera), the dials are machined solid aluminum with etched numbers, and is far more approachable with its price. It just feels like a more thought-out and finished camera than the Df that better pays homage to Nikon’s film heritage.

But it’s not without flaws. The ISO dial has no “Auto” position, there appears to be some conflict in having a PASM switch and manual dials (an issue that unfortunately also existed on the Df, it only has one memory card slot, and it doesn’t have IBIS. While I think the camera is priced much better than the Df was, for $950 I think missing on all these features is a bit of a downer. After all, the full-frame Nikon Z5 has IBIS and dual UHS-II SD slots and runs a mere $50 more.

But in spite of these flaws, I think the Z fc does an excellent job addressing past mistakes while also setting the stage for what Nikon can do going forward. 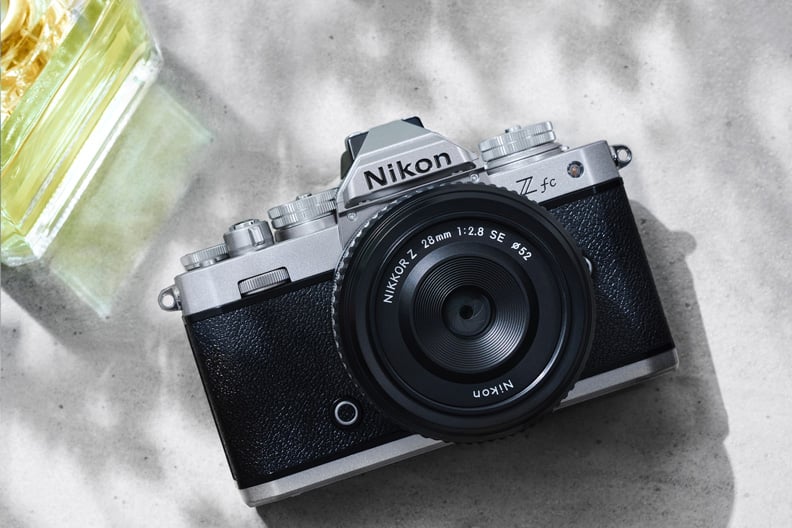 What the Z fc Might Mean for Future Nikon Z Cameras

You wouldn’t think a product like this — a curveball of a design for a company like Nikon — would represent anything more than a side model that, at best, may receive a successor model in the future. However, I think there may be a bit of potential for this camera to affect the system beyond itself.

Most obviously is the implementation of the articulating screen. This is the first Nikon camera to do so, and while one can argue it’s to appease vloggers and that’s all, I’m not sure vloggers were the primary concern when designing this — though certainly a huge consideration. But, for better or worse, I think we may be seeing this on future full-frame cameras, particularly those geared more toward video users (the Z6 line, right now).

In all honesty, there is something about this camera that gives me a feeling that Nikon is really working hard and putting in the effort to appeal to wider demographics and more effort into pushing itself off its resting-on-laurels position and creating some unique products. To be clear, I have never considered Nikon as lacking in the effort department — the company makes some of the finest cameras and especially lenses on the market — but it seems like it is stepping up in the face of serious competition and a dwindling market share.

Now what I’ll say next is pure speculation and I could easily be proven wrong, but it occurred to me when I first heard rumors of this camera, why would Nikon make another retro camera when its only other attempt was an objective failure from a business perspective? Whether you like the Nikon Df or not, it was not well-received critically and did not sell well. And why would Nikon do this as its second APS-C camera and make it, essentially, a rehoused Z50? Why didn’t the company at least add IBIS or a second card slot? Nikon certainly knew how many people were upset by the single slot in the Z6 and Z7. And finally, why would it put an APS-C sensor in this sort of body? 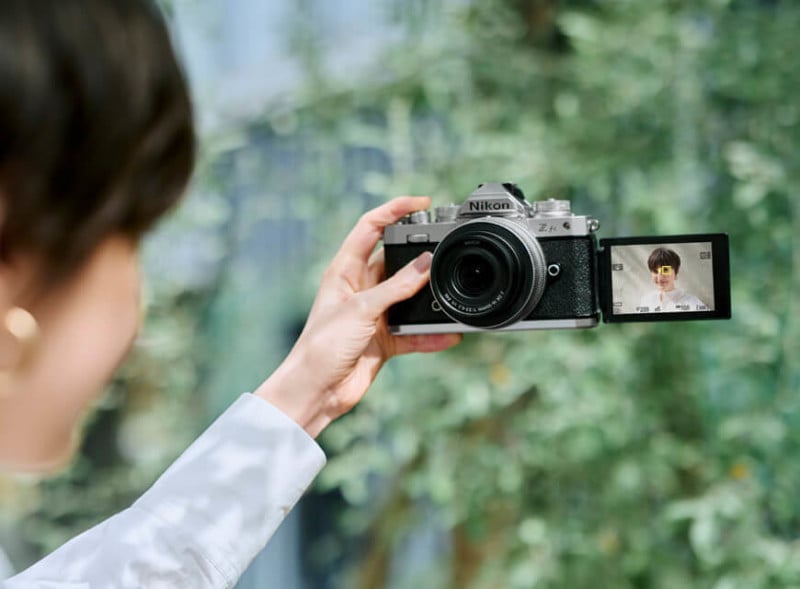 I think Nikon is testing the waters here for a potential full-frame line.

If you think about it, creating this camera essentially just required Nikon to design the body. Almost all the technology internally is identical to an existing camera, which means parts and materials are readily and cheaply available. The upshot to that is Nikon managed to create something potentially very polarizing but did it with minimized financial exposure. By going with APS-C, it avoids (some) criticism about not focusing enough on a high-end camera like a Sony Alpha 1 or Canon R3 competitor.

Nikon also gets to appeal to lower-end users with optional features like different colors. That’s not exactly something that high-end users care much about (though I’d personally love a custom-color Z7 III). 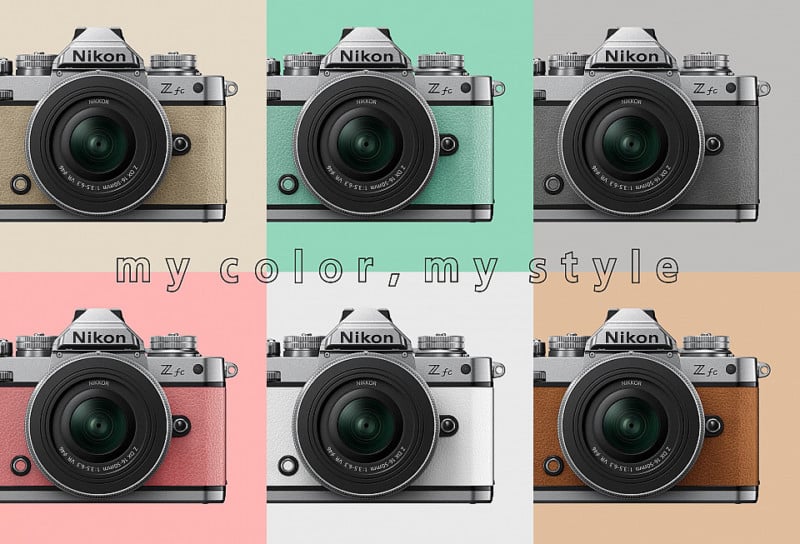 I could also make the argument this way: this is not a camera that any Nikon shooter needs. It is 80% tool and 20% jewelry. That is not a criticism — fashion and functionality can go hand-in-hand. More than half of Leica’s products already show this to be fact.

The optional six alternative color variants only further support the idea of this as, at least partially, a fashion piece. And, based on the comments I have read across multiple websites in the last week, both the alternative color options and the entire design of the camera have piqued the interest of many potential buyers.

Scaling that up to a line of full-frame cameras makes a lot of sense. People love cameras that are both tools and elegantly designed, proven time and time again with the success of Fujifilm, certain Leica products (like the Q/Q2), and the internet-wide complaints about the unappealing appearance of Sony cameras. Personally, I value functionality above all else; the reason I don’t love Sony cameras isn’t because of their looks, but rather the poor user interface (which has admittedly been fixed but only in two models so far) and the lacking external controls on all its models except the Alpha 1 and Alpha 9 series.

Finally, what does the “fc” mean? I have a theory. We can perhaps assume that the “f” stands for “fusion” just as it did on the Df. But what about the “c”? It seems to me that it makes quite a lot of sense if Nikon intends to release a full-frame version and call it the Z f, leaving the “c” to represent APS-C. (Update: It turns out Nikon did reveal the meaning behind “fc”. See below.)

Many people love the look of this camera, and it seems that it would be silly to not make a full-frame version if this one is successful. Which, given the recent announcement by Nikon that pre-orders have exceeded expectations, certainly seems to be the case.

Nikon does not lack innovation, but it is practical about how it manifests that innovation into reliable and desirable products. Most of its decisions with the Z system so far have been really good, especially considering it is an entirely new system. Yes, Nikon made some rather bizarre errors like a single card slot or omitting the ability to use a battery grip in the original Z6 and Z7, but have gone on to make one of the best mirrorless cameras you can buy with the Z7 II. 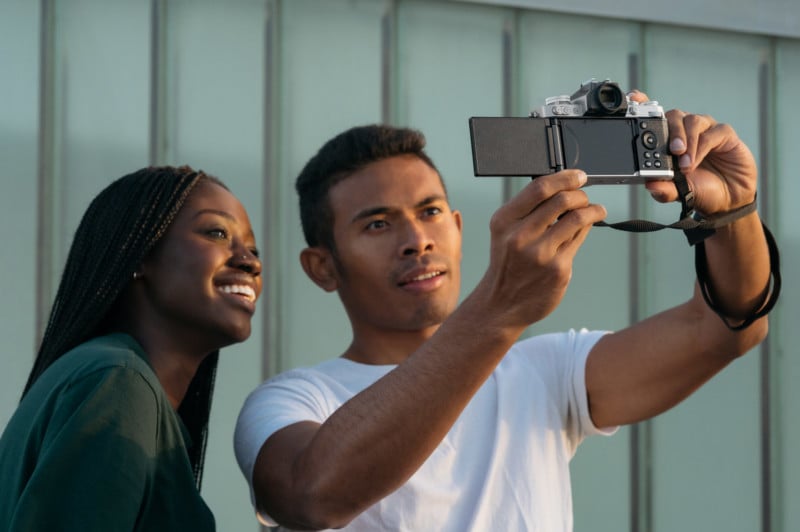 The design of Nikon’s bodies right out of the gate was as close to perfect as I could imagine and not only did the company smartly make the Z6 and Z7 bodies completely identical with the sensor being the only difference, but the overall layout of buttons and dials, the grip, and EVF all makes for the most seamless transition from DSLR to mirrorless I have ever seen from a company. Any Nikon DSLR user could pick one up and be using it in minutes, which I don’t believe could necessarily be said of the Canon EOS R or original Sony Alpha 7.

From my point of view — which is certainly somewhat biased as a Nikon user, though I consider myself very brand agnostic and am never afraid to eviscerate a terrible product from any company — Nikon has consistently made extremely wise and thoughtful decisions about its products in both the present and future along with what consumers (professional and non-professional alike) are looking for in the age of the smartphone.

Editor’s update on 7/7/21: As it turns out, Nikon did reveal the reason it chose “fc” for this camera’s name. Here’s the explanation in the company’s press release for the camera:

The letter “f” in the Z fc’s name is a reference to models with symbolic importance in Nikon’s history, while also being inspired by the word “fusion,” representing the coming together of tactile precision mechanics and high image quality. The letter “c”, meanwhile, conveys Nikon’s wish for this camera, with all its inherited tradition, to be used by anyone, anywhere, “casually”.

A big thanks to Ryan for informing us of this.