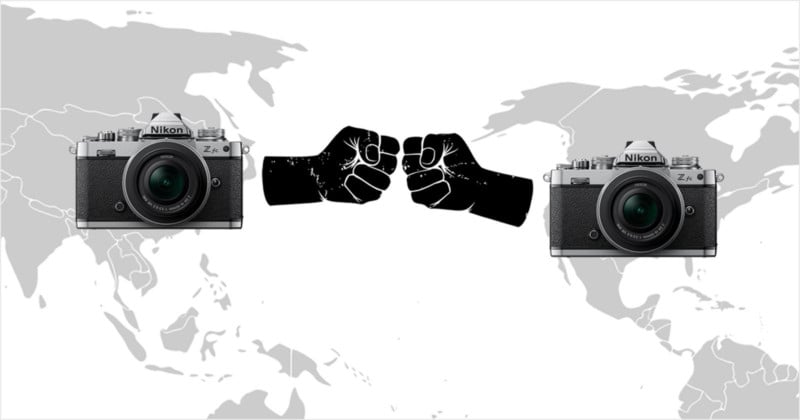 Like all major camera manufacturers, Nikon has different teams for different regions. As part of that, each gets its own budget to market new products, and comparing Nikon USA’s choices versus that of Nikon Asia presents two wildly different approaches to selling the retro-inspired Z fc.

The Nikon Z fc is a camera that is inspired by the design of a classic Nikon film camera, the FM2. It was originally available in Japan from 1982 through 2001. That 1980s vibe along with a few usability enhancements like a vari-angle rear LCD are really all the camera brings to the table over the Z 50, but looks really do matter for many. As much as this is a capture device, it’s also a fashion statement.

The camera is clearly designed to be a fun, playful device that is approachable and nostalgic. To that end, Nikon Asia produced the video below that asks viewers to “bask in the beauty of the moments around you” and “immerse yourself in the atmosphere as you slow down and indulge in the profound appreciation you have in the unassuming things, complex aesthetics, cozy feelings, boundless mirth, and wondrous vibes.”

The video sells an experience that is easy to connect with. The main character has no given name, so it allows the viewer to put themselves in her shoes. The short video makes the viewer feel like anyone can be a photographer that can appreciate everyday moments, and the Z fc is a great accompaniment to that. The focus is on the camera and the experience. 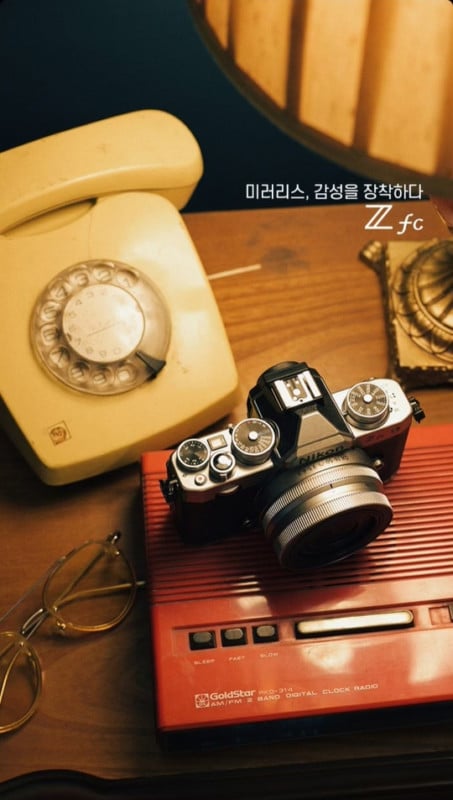 Nikon USA took a vastly different approach and hired a social media influencer named Kitty Peters, known as AtolaVisuals on Instagram, to produce a short film and explain her process in a behind-the-scenes video.

In the explanation of how she shot the short film “Mend” and why she chose that particular story, Peters paints a picture of a large production with a full crew and a “10 hour shoot day.” The concept was chosen to mimic the retro “vibe” of the Z fc, and Peters chose fashion and “upcycling” as the purveying themes.

The Nikon USA messaging is much more convoluted than Nikon Asia’s. It could be argued that this particular production could have been made with any Nikon camera, and there wasn’t anything special about the choice of the Z fc other than a “retro” theme which could also be considered “hipster” rather than “nostalgic.”

Additionally, the scale of the production seems at odds with the message that the Z fc sends to prospective buyers. Just take a look at the words from Nikon’s Executive Vice President Jay Vannatter on the camera:

“It’s a joy to carry and use for casual street photography, streaming, or just living in the here and now,” he says. “It’s no coincidence that we are also announcing a variety of compact lenses alongside the camera to perfectly complement the iconic aesthetic.”

Arguably, nothing about the Nikon USA marketing videos — large productions and 10-hour work days — resonates with any of that.

What’s more, Peters is an unabashed Sony and Leica photographer and has been for some time. Her Instagram is covered in images that show her using various Sony or Leica cameras and lenses, and not a single Nikon camera can be seen anywhere on her feed.

It can feel extremely inauthentic to see the promotion for a camera with a known personality that very publicly does not use the equipment. That said, this is not the first time Nikon has employed her services. She also shot a promotional video and behind the scenes for the Z6 II launch.

Nikon USA has been leaning heavily on using influencers in recent years as a method to sell cameras.

Comparing strategies between Nikon Asia and Nikon USA is a fascinating case study. Nikon Asia seems to have a firm grasp on who the camera is for and that it was important to sell inspirational feelings as well as hardware, while Nikon USA leans heavily on an influencer with social clout and pays very little attention to the intended audience for the camera or why it was made.

Watching both videos is like a tug of war of philosophies. On one side is an appeal to the everyday photographer, and on the other is a campaign to capitalize on the hype of a personality.