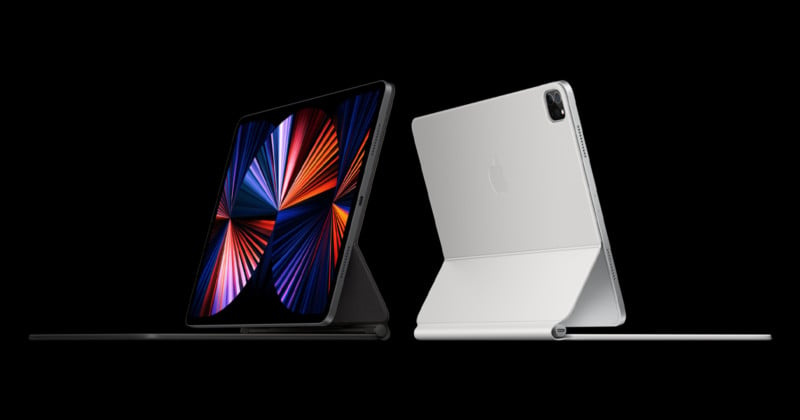 Apple’s iPads aren’t small, but some believe they’re not big enough either. A new report alleges that Apple engineers are “exploring larger iPads” for future development beyond 2022.

As part of his new Power On newsletter, Bloomberg’s Mark Gurman alleges that the iPad is beginning to act like a true laptop replacement for those who don’t need the full functionality of a desktop operating system. Gurman is a well-respected Apple and technology insider and has reported numerous times about upcoming Apple devices.

Most of his 2021 rumors have not yet had a chance to be proven or disproven, as the products have not been officially announced. Gurman has predicted the return of MagSafe and the SD card port to the MacBook Pro and a major redesign of the entire Mac line — including a new “low end” Mac Pro. Gurman also has predicted that the next chip to expect from Apple isn’t the M2, but the M1X.

This time, Gurman says that he and other iPad power-users are clamoring for a larger display, and Apple might agree.

“Now I have even stronger feelings for what Apple Inc. needs to change about the iPad—and it goes beyond software. It’s time for a giant screen, one in the 14-inch to 16-inch range,” Gurman says. “I love the speed, touchscreen, versatility and Magic Keyboard, but the 12.9-inch display is far too small for someone accustomed to a 16-inch MacBook Pro.

He reports that Apple is considering expanding beyond the 12.9 inches that it hasn’t grown larger than since it launched in the original iPad Pro in 2015. Gurman says that if the company were to increase the size of the iPad, it is unlikely to come before 2023 — and even “possible they never come at all.” But he argues that a larger size would be better for more people, and would “continue to blur the lines between tablet and laptop.

At present, Apple already has arguably the best 2-in-1 device on the market, at least according to some reviews.

The iPad Pro is the best 2 in 1. Sorry Surface. You need an update, a big one, to have any hope of competing with this. Read my take on @reviewed https://t.co/ugdWNWXUll

PetaPixel’s lead technology specialist DL Cade said in his review of the lastest and largest iPad pro that there was “no question that this is the most powerful tablet on the market” and that the new mini LED display was “this is the nicest” in the Apple ecosystem. Those who are already in love with the iPad’s functionality and excellent screen are unlikely to argue with simply more of it. That is, at least, what Gurman believes and is what some Apple engineers are reportedly looking into.