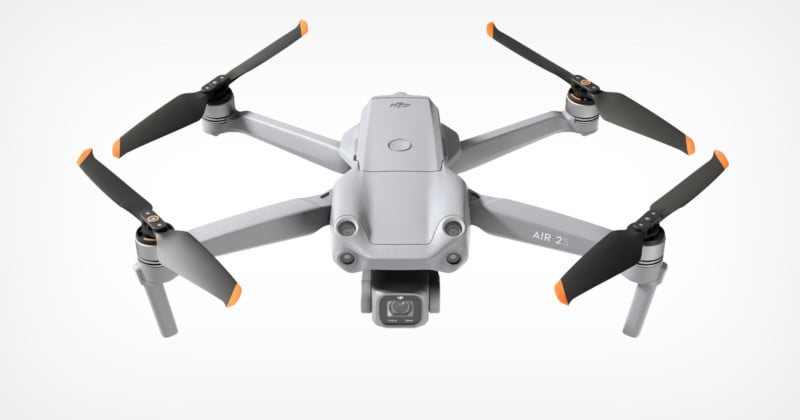 DJI has announced the Air 2S drone, a small and portable flying camera that the company says should offer an “all-in-one” solution of robust flight performance, a top-of-the-line camera, and a set of preprogrammed content creation tools.

The Air 2S may not be the first DJI drone to offer 20-megapixel photos captured with a 1-inch sensor (the DJI Mavic 2 Pro gets that honor), but it is the company’s smallest. The one-inch sensor is larger than the sensor on the original Mavic Air 2 and offers a larger pixel size of 2.4μm, which DJI says allows it to capture more information and detail which results in better photos and videos. 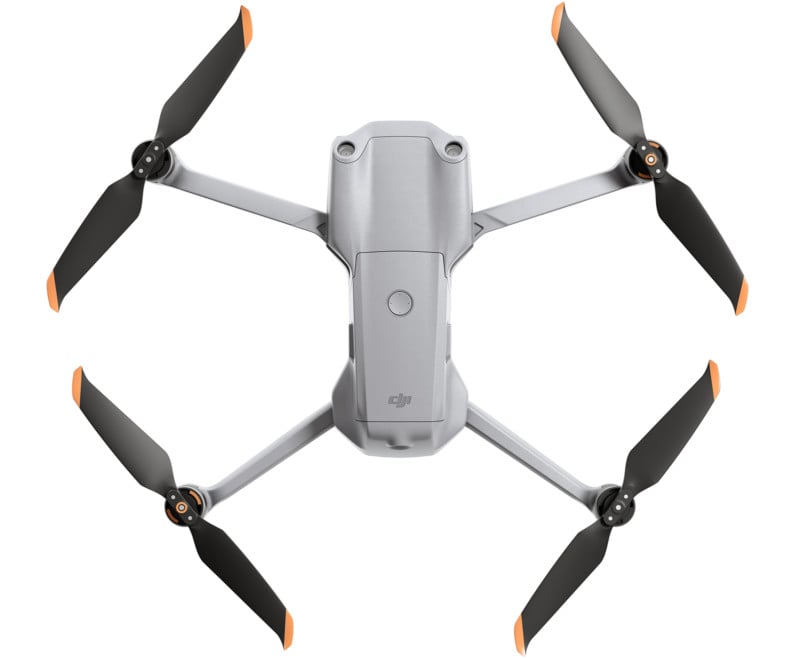 In addition to standard photo options like Timed Photo, AEB, and Panoramas, DJI says that the Air 2S’s SmartPhoto mode records 20-megapixel photos using advanced scene analysis and deep learning to automatically choose the best of three options that will create the most visually appealing image, including HDR, Hyperlight and Scene Recognition. HDR modes merge several images together for a vibrant scene while Hyperlight is designed for low-light scenarios and Scene Recognition can identify several common settings and apply camera adjustments to capture photos that pop. 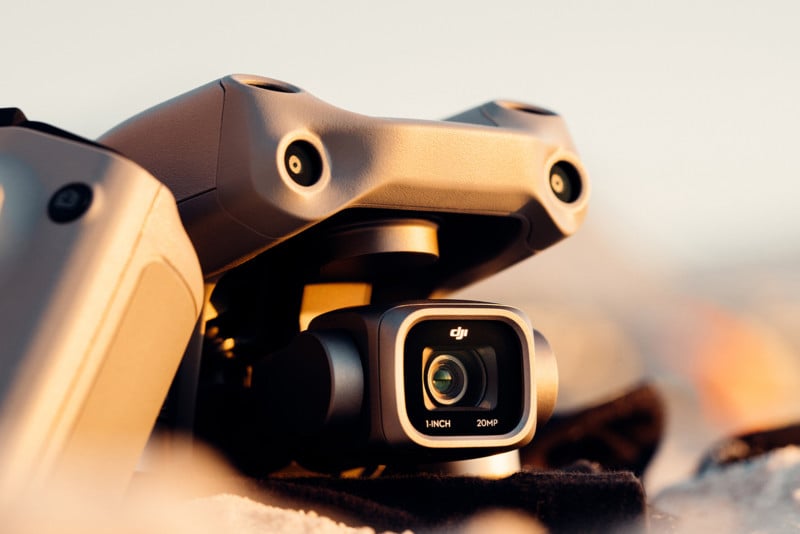 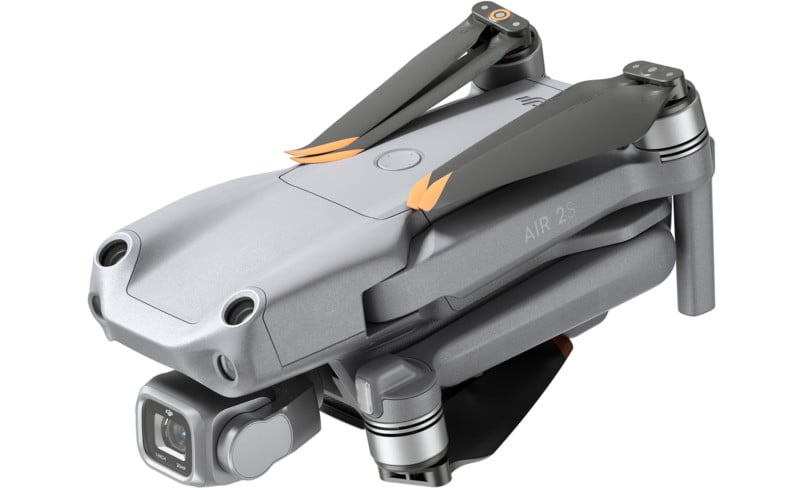 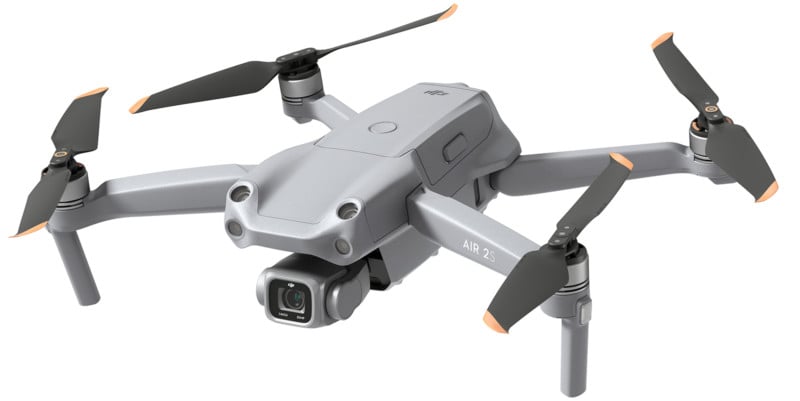 Digital zoom usually results in shaky, lower quality footage but DJI says that because of its three-axis mechanical gimbal, zoomed footage with the Air 2S should still look high-quality. Additionally, if you forget to put an SD card into the drone before takeoff, DJI added 8GB of internal onboard storage. 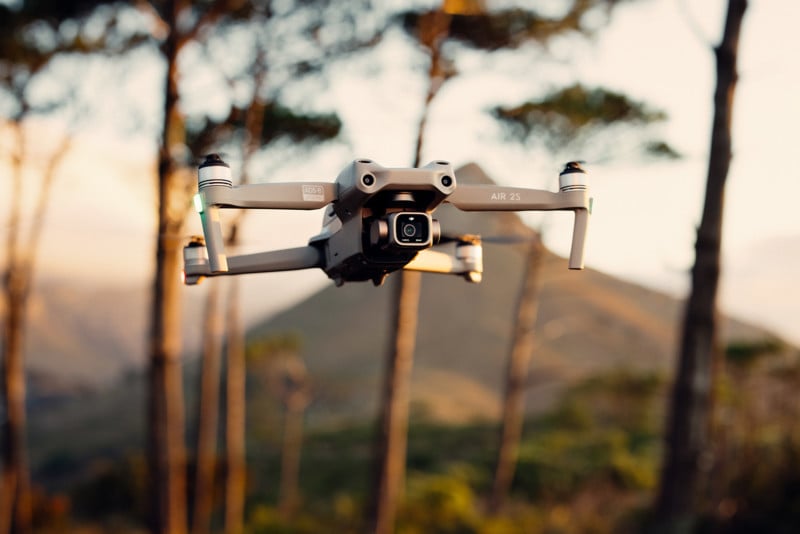 The DJI Air 2S has what the company says is the most preprogrammed flight modes and image capture modes of any DJI drone of its size. Some of the more notable ones include:

MasterShots: DJI says that this mode makes “professional-level” aerial footage easier like never before. After activating MasterShots, the drone will autonomously plan a flight path, choose from three different image capture modes, including Proximity, Portrait, or Landscape, and start recording classic aerial footage. Pilots can choose different themes and the DJI Fly app will generate a unique video that’s ready to be shared with the world.

FocusTrack: DJI says that this mode allows the pilot to focus on the scene and “let DJI Air 2S do the hard work.” Select your subject by drawing a square around it on your mobile device, then choose from Point of Interest 3.0, an autonomous flight path around the subject; ActiveTrack 4.0, a tool that seamlessly tracks the subject and keeps it in the frame; or Spotlight 2.0, where the drone movement is controlled by the pilot while it locks the subject into the frame.

QuickShots: Quickshots have become somewhat of a stable for DJI products, and the modes for the Air 2S include Rocket, Circle, Dronie, Helix, Boomerang, and Asteroid.

Hyperlapse: The popular moving timelapse feature, also known as a hyperlapse, is back. The Air 2S captures footage in up to 4K and automatically can apply digital stabilization should that be necessary. 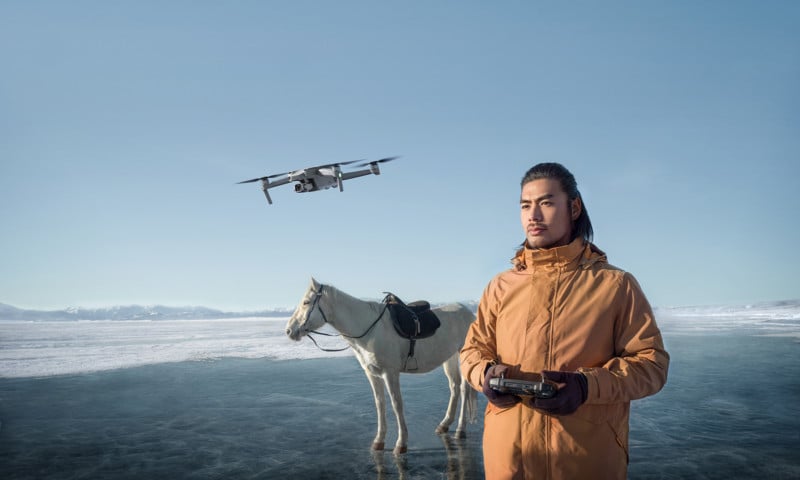 The DJI Air 2S offers 31 minutes of maximum flight time and has four-way directional obstacle sensors that help keep the drone from colliding with objects. DJI says that APAS 4.0 is the company’s latest and most advanced autopilot system and it allows the Air 2S to maneuver around objects autonomously when activated. 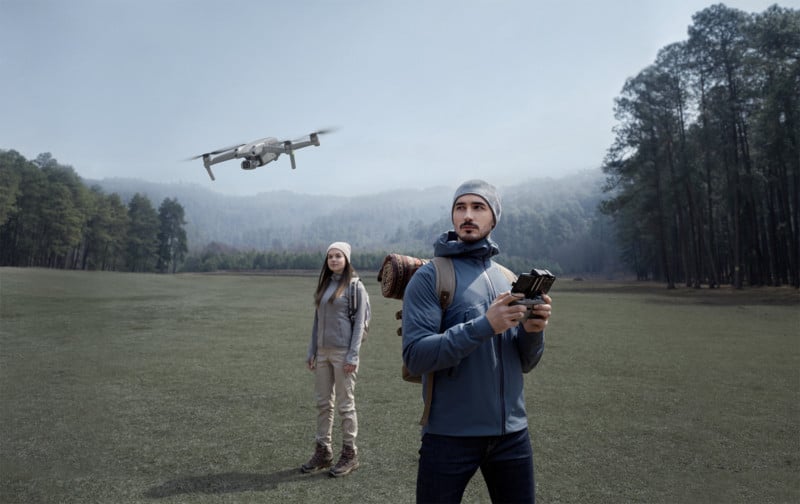 The DJI Air 2S is available immediately for $999 which includes the drone, controller, and one battery as well as all the cables and parts needed to get the drone into the air. The Fly More Combo will retail for $1299 and adds two batteries for a total of three, ND filters, a charging hub, and a shoulder bag.