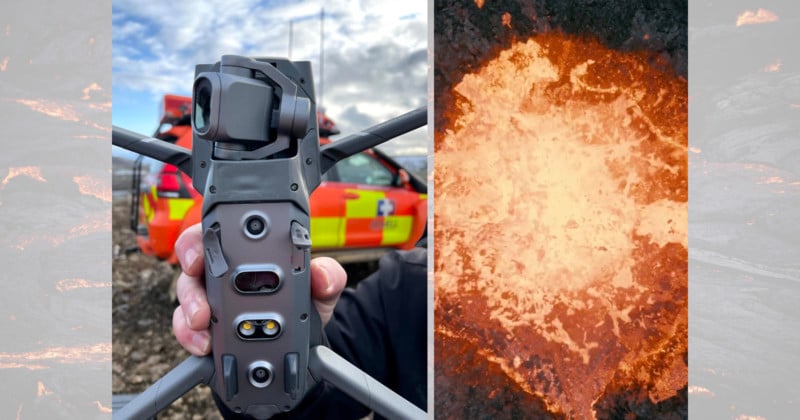 Photographer Garðar Ólafs — and founder of the Iceland-based stock agency Airstock — recently took his DJI drone to the skies above the erupting Geldingadalir volcano and may have gotten a little bit too close.

The Geldingadalir volcano which is currently erupting about 15 minutes from Ólafs’s home town of Reykjanes.

“It’s a special feeling having an erupting volcano 15 minutes from my home,” Ólafs writes on Instagram. “Reykjanes has always been an underestimated part of Iceland, but today it’s probably the most known part, funny how things can change in one night.”

Ólafs and his brother Oli Haukur have been shooting a lot of drone content over the last five years in Iceland and thought it would be a good idea to list the footage instead of leaving it on hard drives to languish unappreciated. Instead of working with established stock agencies, they decided to start their own agency and have since sold some footage to Netflix, Apple, BBC, and others. Some of the footage, including the shots of the Geldingadalir volcano below, are available nowhere else.

Ólafs tells PetaPixel that he was flying his drone around the eruption, capturing photos and videos, when he decided to try a shot looking straight down into the mouth of the fissure.

“I was flying my drone around the eruption and decided it would be cool to see it from straight above,” he says. “I slowly lowered the drone until all I could see was erupting lava, and when I looked up, I didn’t see the drone anymore. Basically, I was inside the crater of the volcano.”

He says that when he realized how close to the lava he had gotten, he was surprised and hurried to get his drone out of danger.

“I was really surprised that the drone was still in the air since it was basically inside the crater,” he says. 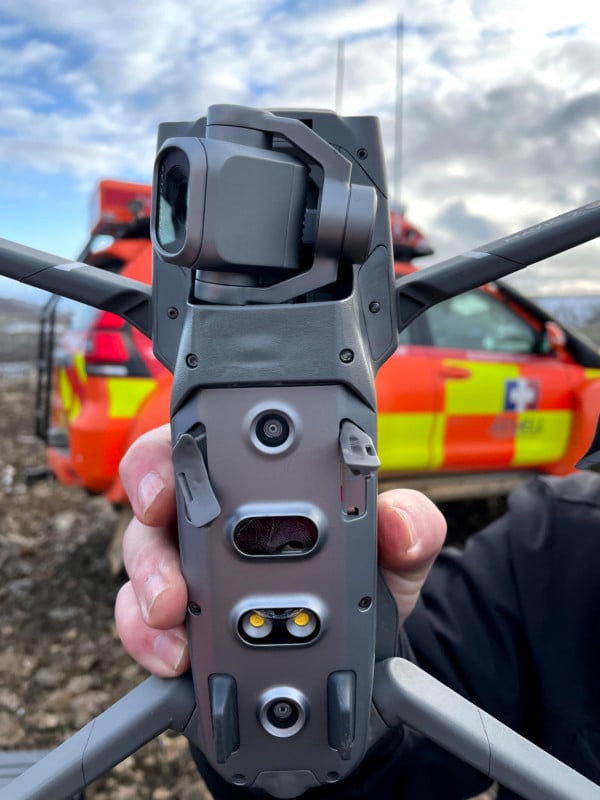 When Ólafs flew his drone back to his takeoff location, he noticed that it did not emerge unscathed. The light under the drone was melted, and sensors were damaged from the extreme heat. He reports that the drone still works, but the vision sensor underneath no longer functions and gives constant errors during flights. It is likely that if he remained in that position for much longer or chose to fly closer, his drone would not have made it out. 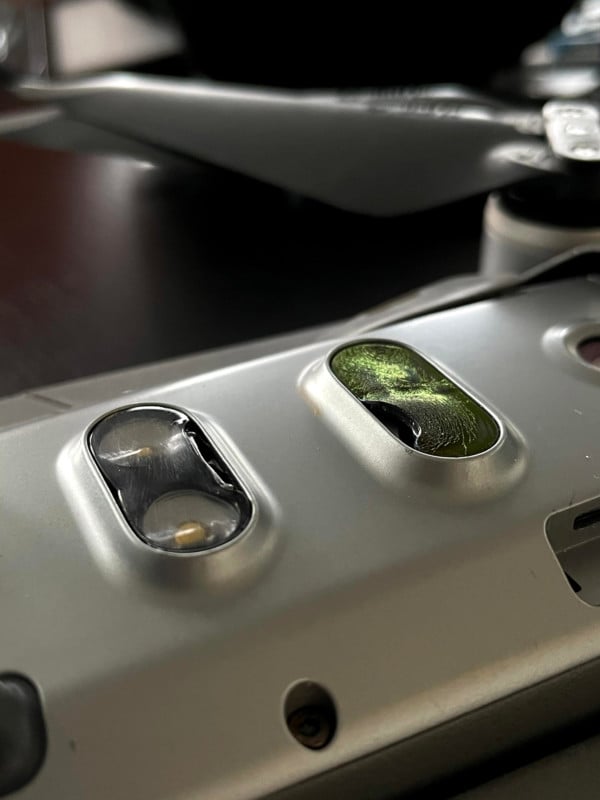 “In the end, I would say that the shot was worth it,” Ólafs says, referencing the footage below that he was able to capture.

Below are a set of other images that Ólafs has captured of the volcano. They are no less beautiful than the other footage that has emerged from Iceland’s photography community this past week. 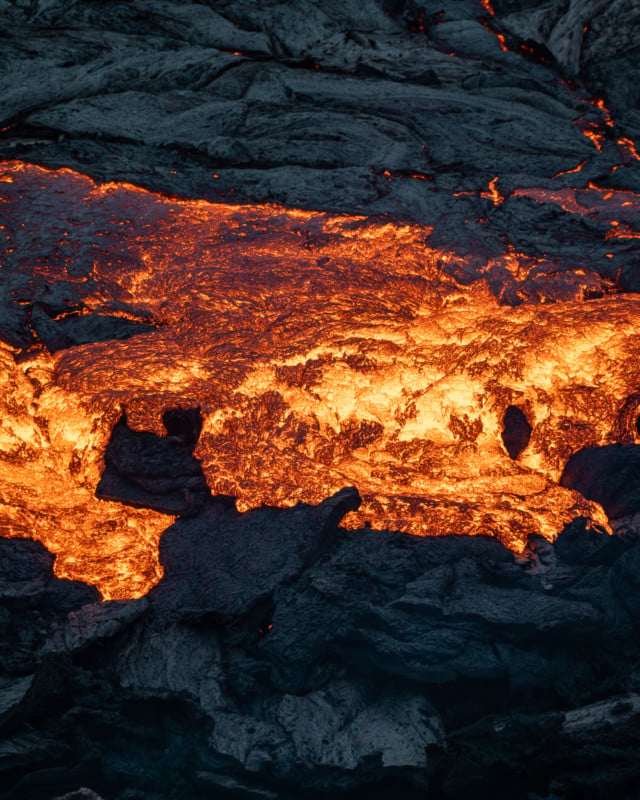 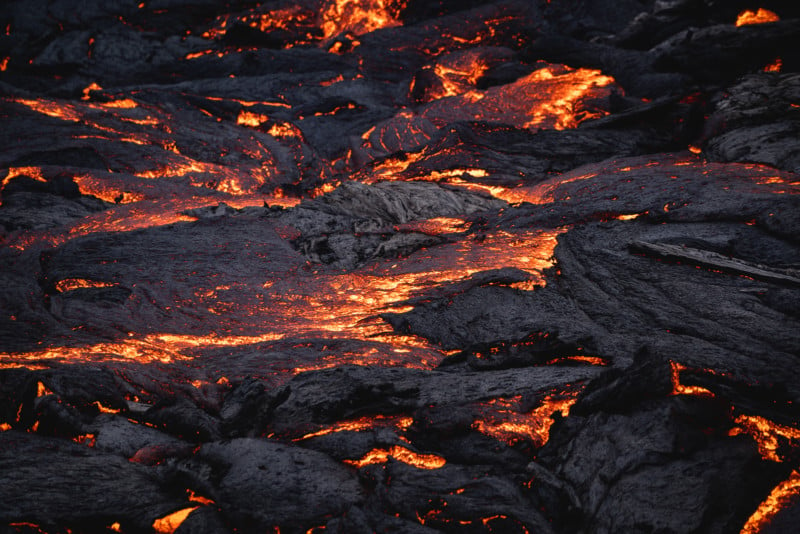 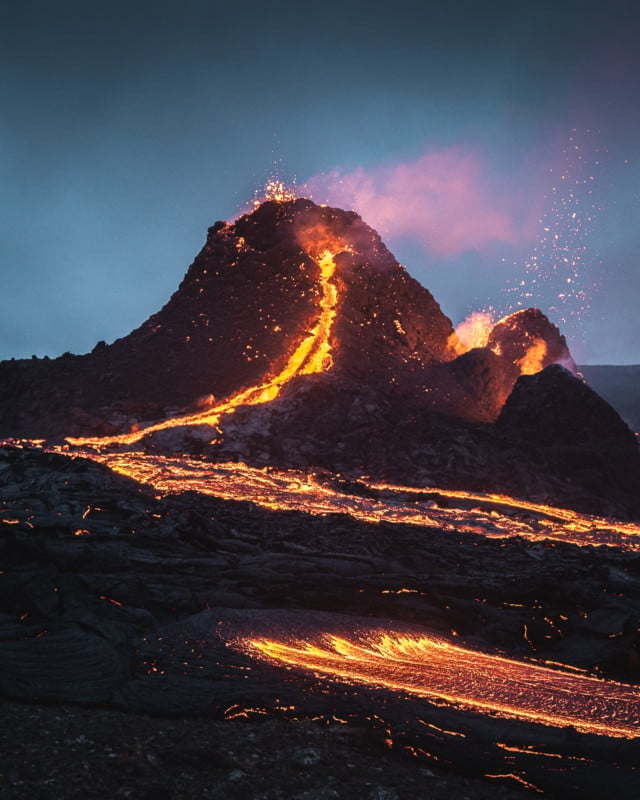 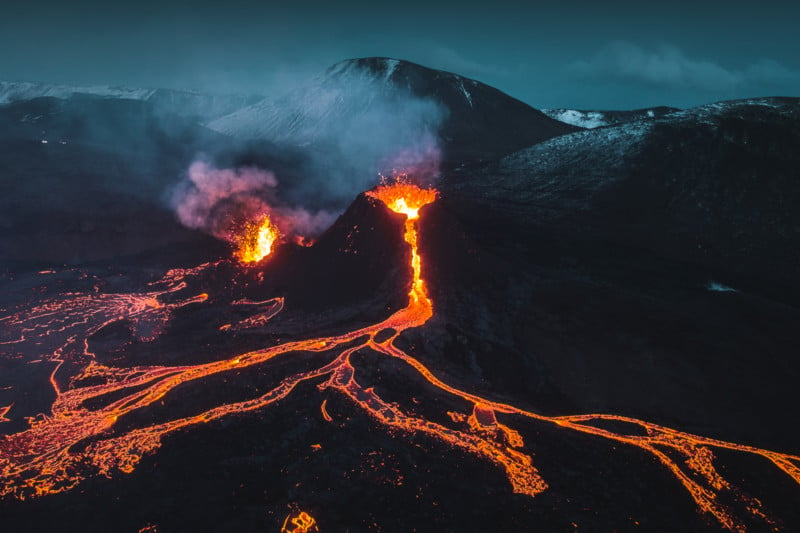 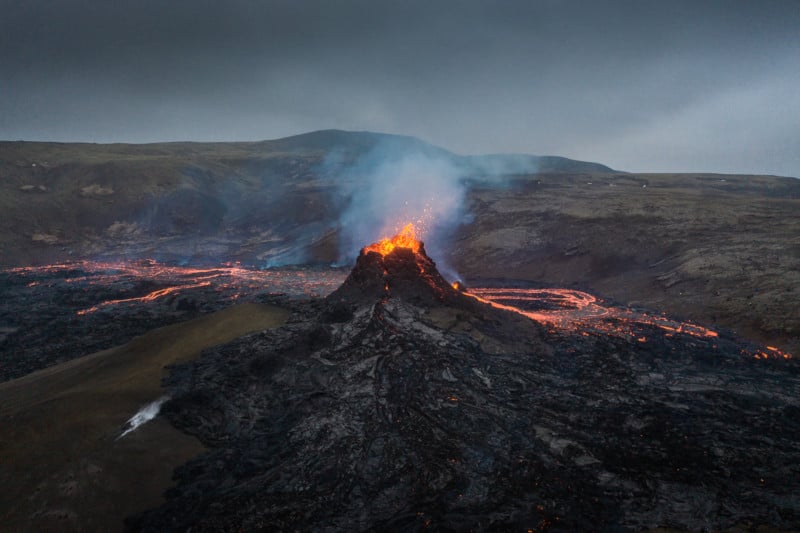 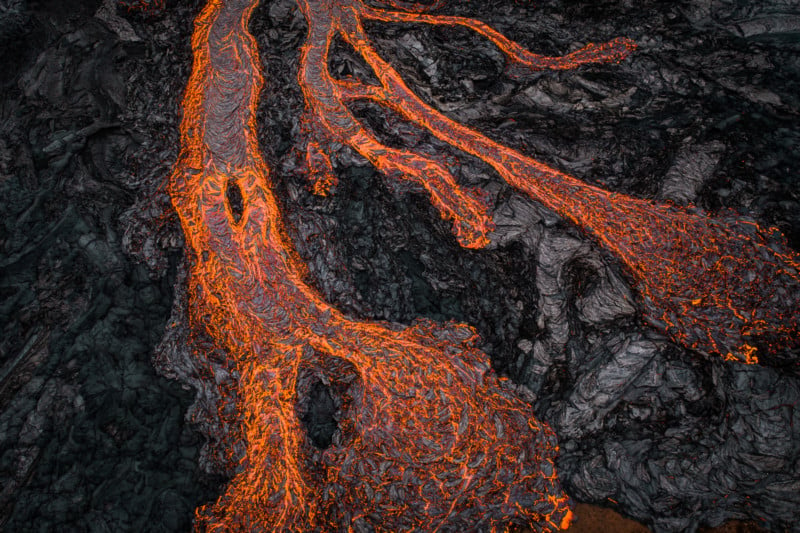 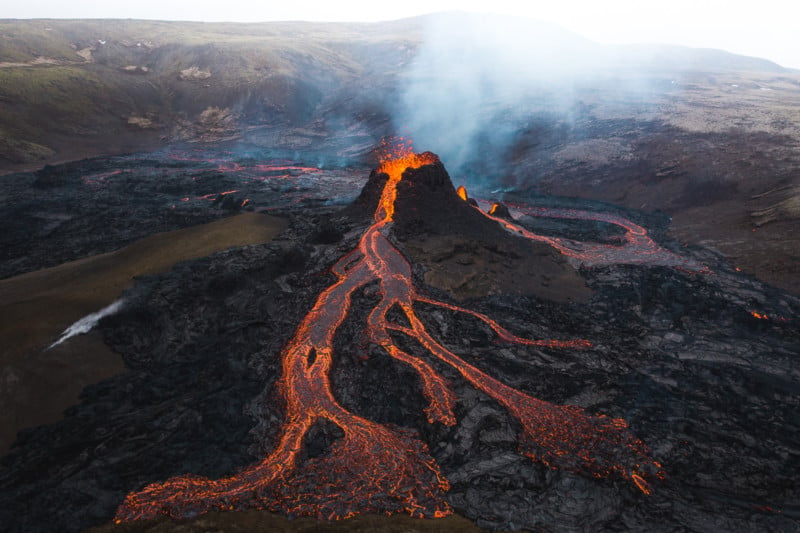 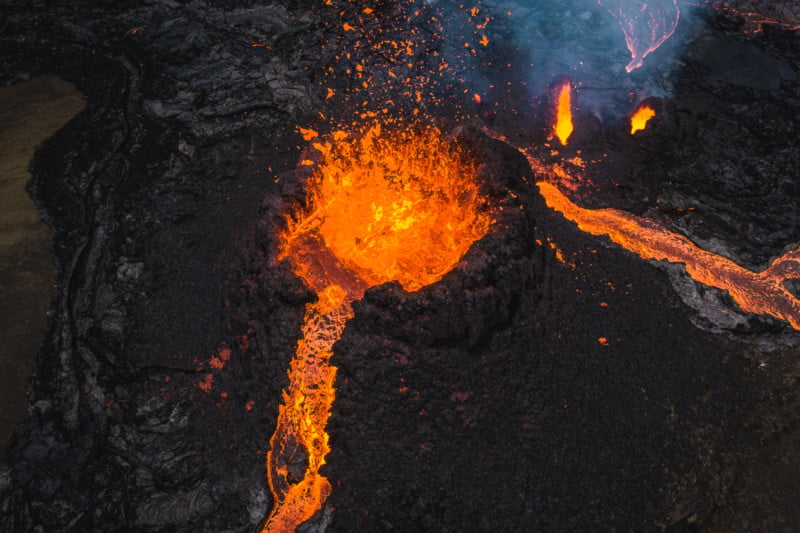 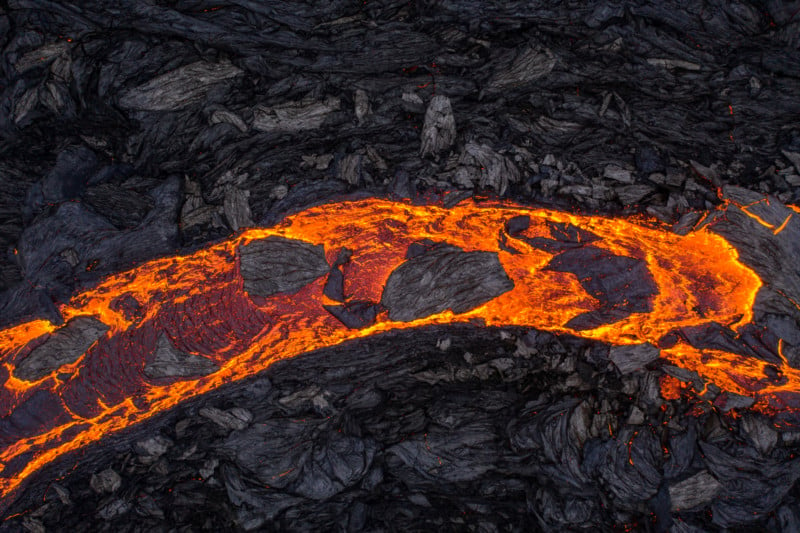 Volcanoes and drones have a history of not getting along. In 2015, multiple drones were lost capturing footage of an active volcano in the Pacific, and in 2017 a photographer melted his drone flying over a volcano in Hawaii. One common theme is that despite all the damage, these photographers all seem to think the results made the damage worth it.

For more from Garðar Ólafs, make sure to check out his huge library of footage on Airstock. You can also follow him on Instagram.