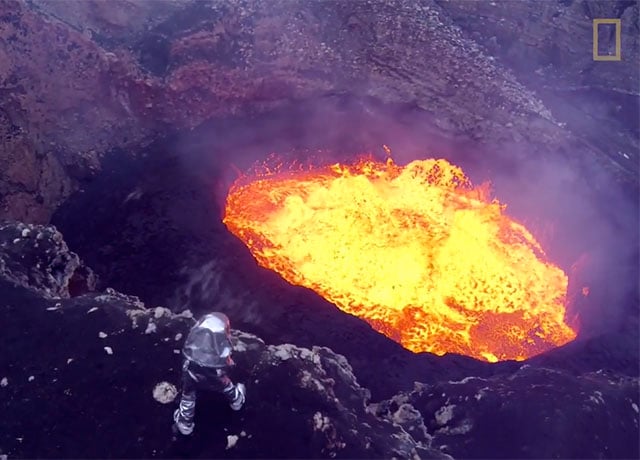 Explorer Sam Cossman recently employed the help of multiple drones to capture photos and footage of the Marum Crater in an active volcano on the Pacific island nation of Vanuatu. He ended up losing multiple drones in the process, but he left the island with spectacular images that will help provide a better understanding of the volcano and the life that exists around it.


Here’s a video that National Geographic published today, which provides a look at how the camera drones were used to capture the crater, one of only seven permanent lava lakes in the world:

Cossman says he used the DJI Phantom 2 Vision+ with GoPro cameras attached. Using the camera drones, the team captured thousands of photos from above the 7.5-mile-wide crater and created the first 3D model of the volcano as seen from the inside.

Multiple drones were lost due to the intense environment of 1,000-degree temperatures, toxic fumes, and splattering lava. “They fell to their demise,” says Crossman. “Some into the lava, and others just from the incredible amount of heat and the unstable air.” 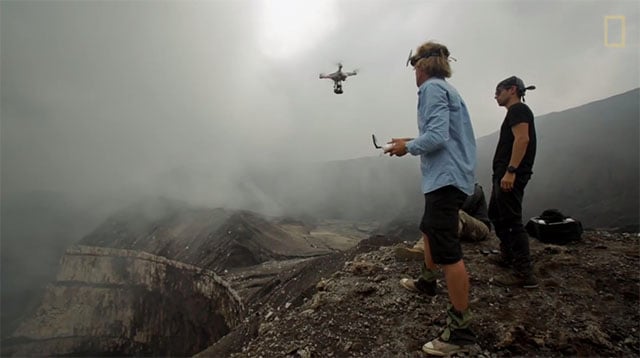 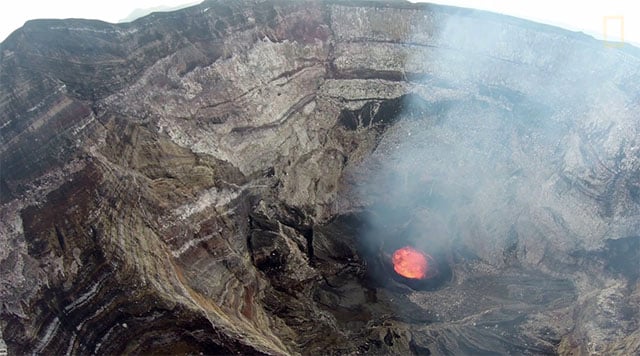 “We were fortunate in that we got the footage we were looking for.”

P.S. Last year we shared some incredible drone footage of a volcano erupting straight below. Photographer Eric Cheng also shot a project in which a volcano melted the drone he was using.