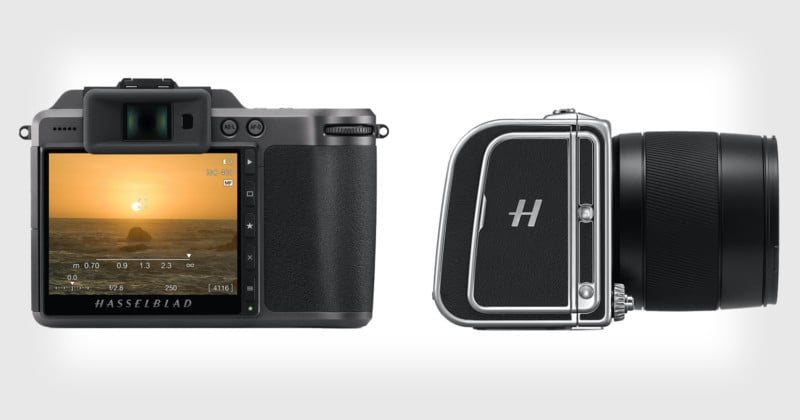 Hasselblad has just released a significant firmware update for its X1D II 50C and the 907X 50C cameras that adds some important features, including: a distance scale for manual focusing and multiple improvements to the built-in Interval Timer.

Firmware Version 1.4.0 for the X1D II and 907X (special edition and regular) comes with the usual bug fixes and “general system improvements,” but it also adds three new features.

First and foremost, Hasselblad has added a Distance Scale overlay to the live view on these cameras, allowing you to track your focus position and see the minimum focus distance for the lens you’re currently using. The Distance Scale can be set to meters or feet—depending on how imperial you’re feeling—but it will only work with XCD lenses that have been updated to the latest firmware.

You can see how it works in the GIF below:

The second and third new features both have to do with the built-in Interval Timer function on these cameras.

Firstly, Hassy has added Exposure Metering to the Interval Timer, allowing you to meter exposure on every frame of your interval. Previously metering was only done on the first frame of your set, making timelapse photography in varying lighting conditions more difficult.

Secondly, the new firmware adds increased frame options to the timer, allowing you to choose up to 1000 frames. The previous version of the Interval Timer allowed you to select 2-99 frames or “No Limit”; now you can select any number between 2 and 25, intervals of 5 between 25-100, intervals of 50 between 100-1000, and “No Limit.” 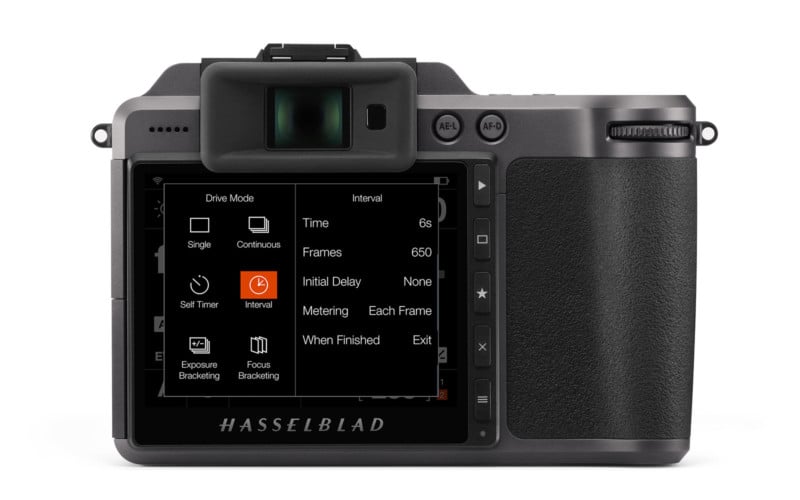 Finally, the update also includes a boost to Phocus Mobile 2. Live view quality in the app has reportedly been enhanced, and a change in White Balance on the app will now synchronize with the camera… a rather important bug fix.

To learn more about this update or download and install it for yourself, head over to the Hasselblad website.

Failed Experiment: Shooting Wet Plate with a Mamiya 645 and Polaroid Film Back