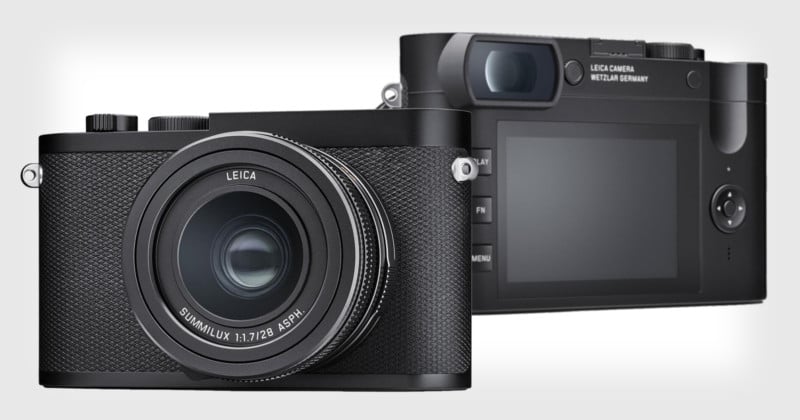 Leica is reportedly working on a black-and-white sensor ‘Monochrom’ version of the popular fixed-lens full-frame Leica Q2. But not just working on, the latest reports indicate that this camera could be released as soon as next month.

According to Leica Rumors, several sources have now “confirmed” that the black-and-white only version of the popular fixed-lens Leica Q2, the Leica Q2 Monochrom, will be announced by the end of 2020. LR reports that the camera will “most likely” be announced in the second half of November, but cautions that a delay until early 2021 is still a possibility.

Rumors of a Leica Q2 Monochrom first cropped up in December of 2019, and other sources have shared the November release date previously. But now that there are multiple rumor sites hearing the same thing, it seems all-but-certain we’ll see this camera materialize in the next couple of months. As the rumored announcement date approaches, the question at least a few people at Leica must be asking themselves is: “will it sell?” The Leica Q2 is already a niche product; since Sony has decided not to refresh the RX1 series and nobody else seems to be interested in this segment, Leica has the fixed-lens full-frame market all to itself.

As such, the release of a Monochrom version, while perfectly logical for the Leica lineup, creates a niche within a niche. Will this be a wildly popular “entry-level” M10 Monochrom, or a quirky camera that makes headlines, but appeals to very few real-world consumers?

Fortunately, it sounds like we won’t have to wait long to find out. In the meantime, let us know your thoughts about the rumored Leica Q2 Monochrom in the comments down below.