Fujifilm has announced the 36th lens addition to its X Series digital camera system lineup in the Fujinon XF10-24mm f/4 R OIS WR lens, an update to the current lens of the same name, it features a couple notable design and usability updates.

While the optical design remains unchanged, the lens’ internal structure has been redesigned to make the focus and zoom rings slimmer, reducing the weight of this new iteration by 0.88 ounces over its predecessor. Additionally, the optical image stabilization has been extended in this version by a stop, giving the lens a total of 3.5 stops of optical image stabilization. 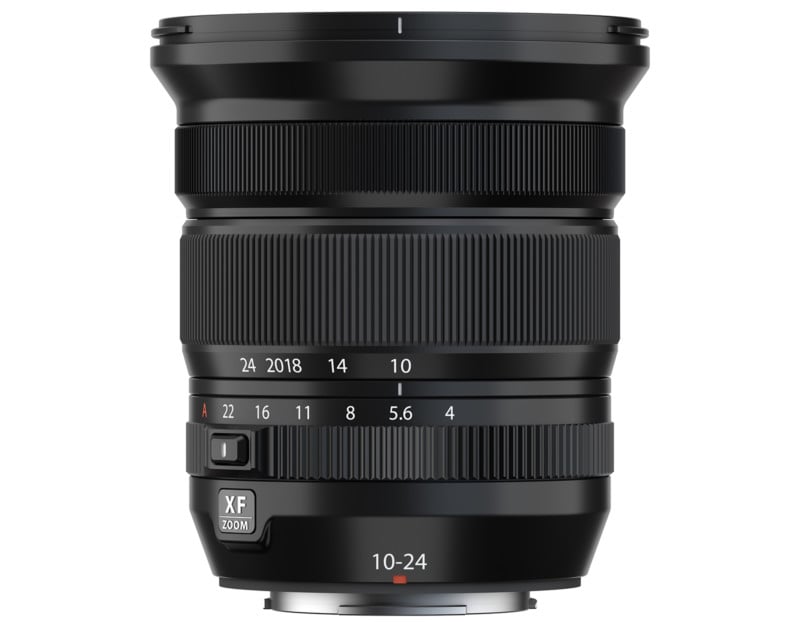 The aperture ring of the new XF10-24mmF4 R OIS WR lens has been updated with an f-stop scale and also features an auto-position lock, similar to that found on Fujifilm’s GF lenses, which is designed to prevent unexpected aperture ring movements. The lens is both dust and moisture resistant and is able to operate in temperatures as low as 14 degrees Fahrenheit. The 10-24mm f/4 also features a gyro sensor that, as mentioned, added an additional stop of stabilization and works in tandem with a camera like the X-T4 to produce approximately 6.5 stops of 5-axis image stabilization.

Other features include a coated front element to reduce ghosting, four aspherical elements to minimize spherical aberration and distortion, and the promise of edge-to-edge sharpness. The lens also has a minimum focusing distance of 9.5 inches. 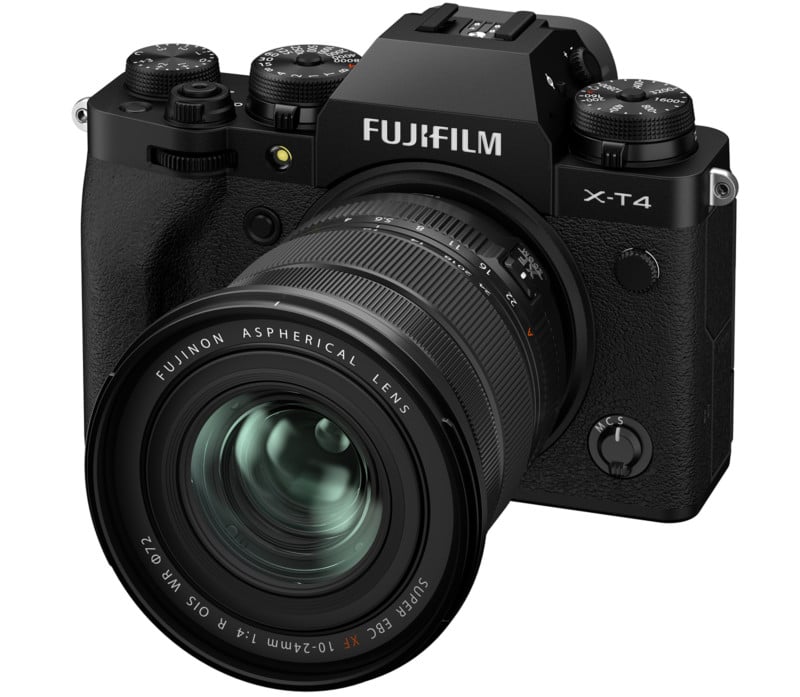