Ever since it was first announced in late 2018, the Yongnuo YN450 represented something of an experiment. Only available in China, the YN450 is half-Android phone and half ILC, complete with a proper lens mount and a Micro 4/3 sensor. Does that make it the perfect camera/phone for photography enthusiasts? Not really…

Up until now, we’ve only seen the YN450 at trade shows or in advertising, but the folks over at Linus Tech Tips were actually able to get their hands on the camera/phone, set it up, and test it out IRL.

Specifically, they got their hands on the new YN450M, a version of the camera that trades the original Canon EF mount for a MFT mount that actually matches the sensor inside. And once they set up the camera—not easy, since there is only one language option: Chinese—they put it up against an iPhone 11 Pro Max and a Fujifilm X-T4 to see how the Android-powered camera stacks up. 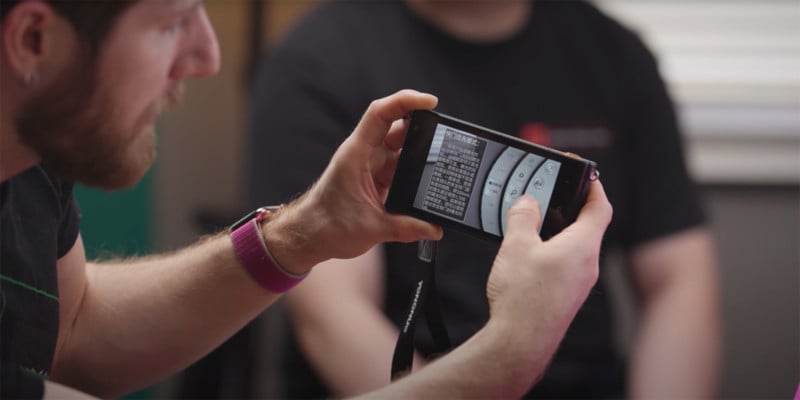 The start of the video is all about setting up the camera and basic operation—which is, unsurprisingly, pretty clunky. If you want to dive into the actual photography experience and see some side-by-side sample shots, skip straight to the 8:25 mark.

To nobody’s surprise, despite it’s Micro Four Thirds sensor and ability to use proper glass, the Yongnuo falls short in pretty much every test against not only the Fuji X-T4 (obvious) but the iPhone 11 Pro Max as well. There’s very little to redeem the camera in those sample shots: there’s a distinct color cast to most of the images, and the dynamic range was particularly horrendous.

Suffice it to say nobody should be pining for this product to be available outside of China… or at all.

To see all of the sample photos, sample video, and usability report for yourself, check out the full video up top. If nothing else, it’ll make you appreciate your camera—or even your smartphone camera—all that much more.

Restoring and Using One of the Rarest Cameras on the Planet