Last year, cinematographer Martin Lisius released one of the most out-of-this-world timelapse films we’ve ever seen. By using two 50MP Canon 5DS DSLRs at the same time and stitching together the result, he created the epic 16K HDR masterpiece “Prairie Wind.”

Prairie Wind was recently awarded “Best Cinematography” at the International Innovation Film Festival in Switzerland, which is how it popped back on our radar earlier today. And while timelapses don’t typically grab our attention these days, the idea of a 16K creation shot with two DSLRs at the same time certainly did.

So we thought we’d talk to Martin and dive a bit deeper into how this creation was shot. 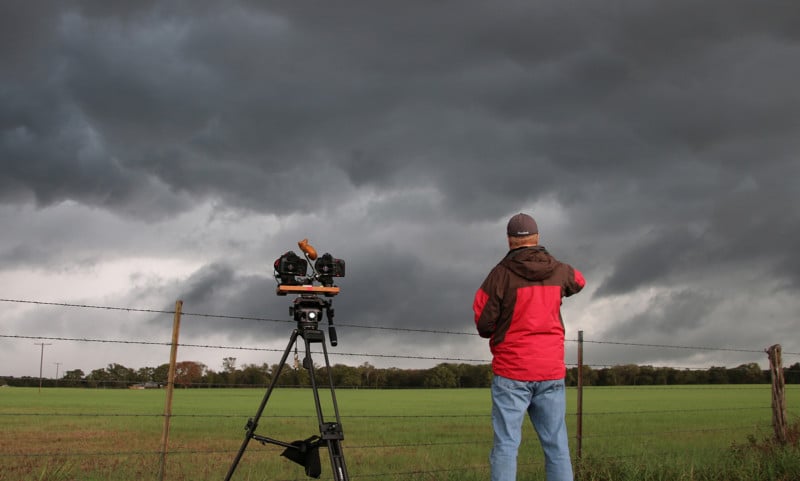 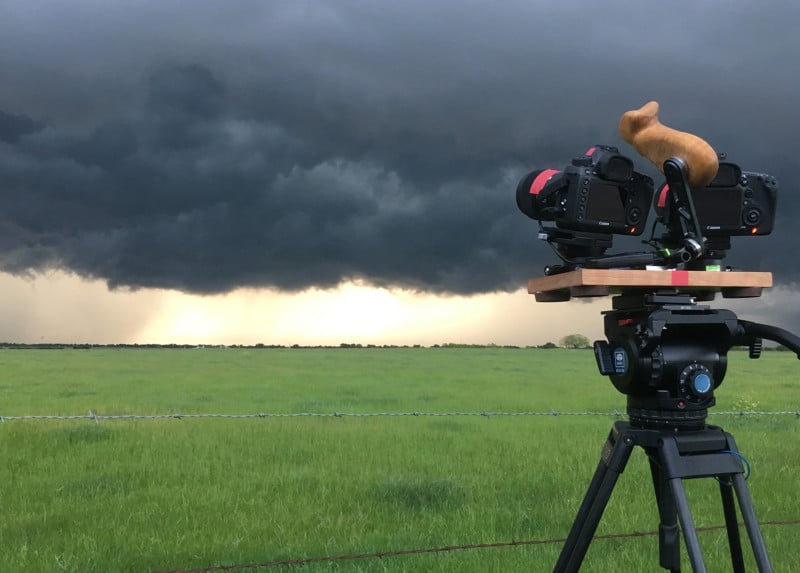 Speaking with Martin over email, he told us that each 15,935 x 5792-pixel frame of the short film was shot on two 50MP Canon 5DS DSLRs at the same time, both of them equipped with a Sigma 35mm f/1.4 ART lens. All 12,000 frames were then stitched together and processed on a 2014 Mac Pro desktop that was running at full blast non-stop.

“The Mac Pro workstation got so hot we quite literally could have fried an egg on the top near the heat exhaust, and that’s when we were using two external fans blowing on it full speed,” says Martin.

Martin says that each individual scene took 5 days to prepare, even with the computer running around the clock. The 92MP panoramic images were stitched together in Adobe Lightroom—which only worked without crashing about… 50% of the time—and the final product was created in Final Cut Pro. 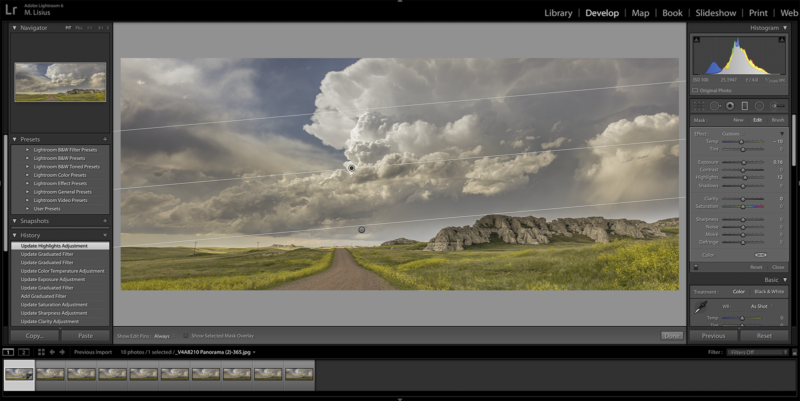 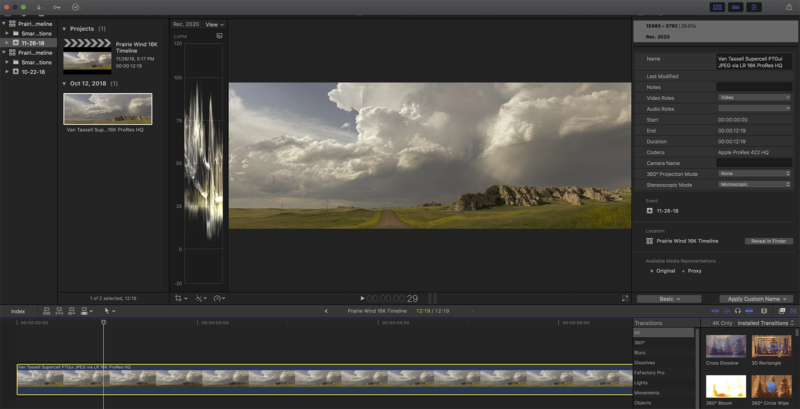 Finally, as for the film itself, Prairie Wind features storms captured over a 3 month period of shooting in America’s Tornado Alley. The format was, in fact, inspired by the power and scale of the subject mater itself.

“Storms offer us a glimpse of what our world once was, and inspires us to protect and preserve what remains,” explains Martin. “I wanted to create a medium as large as the sky. 16K offers the tremendous resolution depth needed to pull that off.”

It didn’t always work out. Editing errors kept some frames out of the final movie, for example. But a few examples showed the power of stitching together each frame of the film from two 50MP images, with only 8MP of overlay:

But enough talk. You can check out the full film up top—full screen, headphones, and a dark room highly recommended–or license the full-resolution 16K version over at Storm Stock. And if you want to see more of Martin’s incredible work, head over to the Prairie Pictures website.

Image credits: All photos and screenshots by Martin Lisius and used with permission.

How to Make Cyanotype Prints of Your Digital Photos at Home