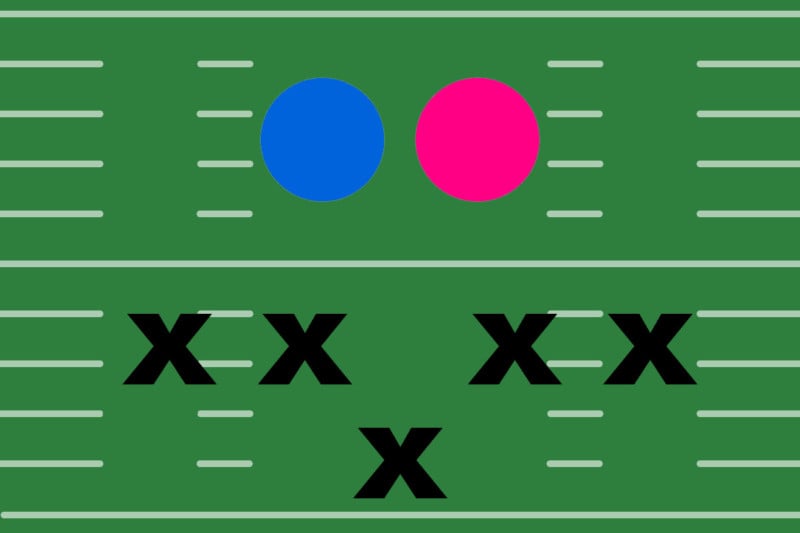 On December 19, 2019, Flickr (and SmugMug) CEO Don MacAskill posted a letter entitled “The world’s most-beloved, money-losing business needs your help.” MacAskill described how SmugMug saved Flickr from an imminent demise at the hands of Verizon, and how the company needed the photo community to step up to staunch the money-losing operation.

MacAskill further engaged in a very candid discussion on Reddit dispelling some misinformation and giving more detail on the operational logistics of handling billions of photos through Amazon Web Services (AWS).

Reaction was swift and ran the gamut from critically harsh to laudatory, and included everyone from armchair quarterbacks to thoughtful industry insiders. This essay presents my thoughts as a photo industry entrepreneur.

I am the chairman and co-founder of PhotoShelter. We do not consider Flickr to be a competitor. SmugMug could plausibly be considered a competitor, but over the 15+ years of our respective existences, each company has carved out a specific niche and excelled in different areas.

I don’t know Don MacAskill personally, but I’ve always been impressed with his operation. SmugMug never took outside investment, and they allegedly rebuffed offers several years ago. When MacAskill says he loves photography, I believe that to be a sincere statement. His vocal support of photography stands in contrast to entrepreneurs like Instagram founder Kevin Systrom who, to his great financial success, decided that photography (then video) would be the connective tissue for his social network. Photography was simply a language of communication, not the language of expression.

I maintained a Flickr Pro account for several years, and while I didn’t use it, I did pay attention to system updates and tried to gain a general understanding of how consumers were using the service. I’ve been critical of the service in the past.

In this 2020 world dominated by Russian-led disinformation campaigns, hyperpartisan politics, and general distrust in social media, it seems quaint to remember the Internet of the mid-aughts. Caterina Fake and Stewart Butterfield founded Flickr in 2004 through their company Ludicorp. Fake has since become an influential angel investor and joined the board of Creative Commons. Butterfield founded a little company called Slack and is engaged to Away Luggage founder Jen Rubio. In other words, Flickr’s success wasn’t a fluke. Fake and Butterfield have shown to be innovative and savvy businesspeople.

From Flickr’s rise in popularity into the early 10s, hundreds of internet start-ups adopted “rhymes with Flickr” names. It was akin to the late 90s practice of adding “.com” to a name, or last year’s insert of “blockchain” into a company description to signal “hot start-up” and “please give my company a ridiculous valuation.”

In terms of recognition, Flickr was yesterday’s Facebook or Uber without the revenues. Its cultural cachet and influence were indisputable. For a few years after Yahoo!’s acquisition in 2005, while Butterfield and Fake were still with the organization, the site thrived. The success of the site reflected serendipitous timing combined with entrepreneurial instinct. Flickr was a photo-sharing site in a pre-social network, pre-smartphone era.

Here’s a timeline of key service and product launches in the mid-aughts to contextualize the world in which Flickr operated:

The Not-So-Joke is that Yahoo! Kills All its Acquisitions

As a founding employee for hotjobs.com, I’m well aware of the pros and cons of Yahoo!’s acquisition strategy. Like many dominant online players, they sought to strategically acquire companies to extend their tentacles and bolster their bottom line. Unlike the FAANGs, they didn’t display the leadership nor intelligence to smartly integrate and extend their acquisitions. At the time of hotjobs’ acquisition, we were grossing $100+ million in revenue in 2001. By 2010, Yahoo! Dumped the company to Monster, which quickly killed it.

Navigating changing winds takes incredible foresight and a hell of a lot of luck. So the fact that Flickr didn’t invent Instagram doesn’t indict the leadership in my book. On the other hand, Flickr triumphantly announced when the iPhone became the most popular camera (by photos uploaded) on their platform. They could see the trendline happening before their eyes, but they didn’t react. They thought that photography would continue to be consumed on the desktop.

It’s not an unreasonable thesis. If you knew nothing about social media, and you simply charted the increase in megapixels and screen size, you might conclude that producers and consumers of photography would want to view images on as large a screen as possible.

But in 2020, we know now that convenience trumps almost all else. We’re willing to give up our privacy to turn on a light with our voice. We’ll submit all our DNA to an unregulated third party to figure out whether we’re really 50% [insert ethnicity]. We’ll spend thousands of dollars on photo gear to consume the images at 1080 pixels on Instagram while scrolling as quickly as possible.

Flickr might have had a better chance had it pivoted to mobile once it saw that the iPhone was dominating photo creation.

Contemporary social networks have evolved into influence machines. The person with the most followers wields the most influence and can leverage that influence into money, action (e.g. cancel culture), and more.

Photo sharing isn’t social media. In its purest sense, photo sharing represents a way for a person to share images with their friends or a small community of like-minded photographers. Flickr groups had moderators, but not influencers. Moderators didn’t try to get free gear or hotel stays, they were classic community organizers that sought to build engagement through uploads and comments.

Using EXIF, Flickr built affinity groups around gear. Exposing EXIF and IPTC was revelatory for photo enthusiasts. The ability to download photos are various user-defined sizes also allow for pixel peeping. HDR, black-and-white, nudes, Strobist – you could find it all on Flickr. It was a photographer’s paradise.

It’s support for Creative Commons arguably introduced the concept to millions of people. And it remains a mechanism (along with Unsplash) for people to find images to use for free.

And organizations like the White House, NASA, and the Library of Congress have used the photo stream as a way to disseminate photography in a way that didn’t exist before.

Ferdy Christant’s excellent essay “The rise, fall, and resurrection of Flickr” categorizes five tiers of photo sharing, and why photo storage is Flickr’s “nail in the coffin.” In short, unlimited photo storage is expensive, and Christant argues that storage shouldn’t be a core feature of Flickr.

Did SmugMug Buy a Dinosaur?

I love photography. I love what Flickr has meant to the photo community, and I think it provides a destination that solves many common complaints of photographers. Namely:

But I don’t use it. Let me explain why.

I am sharing less content publicly. The completely negligent attitude of Facebook around privacy and social media influence has made me generally distrustful of uploading content. Whereas I used to post galleries of social photos, I’ve deleted most of my public galleries.

I want to target my audience. I have no aspirations of building a following for my photography. I want my friends and acquaintances to follow me, and many of them do. But becoming an influencer provides zero appeal to me. Thus, uploading and maintaining a presence on yet another platform is not a good use of my time.

I don’t need storage or a portfolio. I have both with PhotoShelter and other services.

I’m not particularly interested in one-off, pretty photos. I like following specific photographers because of their vision and long-term commitment to projects.

It’s not convenient. While the other reasons are somewhat personal to me, the convenience factor weighs heavily for many people. If you’re like me, you grab your phone upon waking up, and check Instagram and maybe your email. It isn’t particularly healthy behavior, but it is what it is. I don’t have the patience nor the desire to open another photo app to view photos. The Flickr app works well, but it’s not fun (there are no Instastories, emojis, or memes), nor convenient (you have to go into albums or streams to view content).

Current Flickr doesn’t provide a compelling enough set of features to pull in another couple hundred thousand paying users. It’s not cool enough for the kids, and the older crowd begrudgingly hangs on to social networks or simply texts photos to their friends from their phones.

What Would I Do?

Without seeing the Flickr P&L and balance sheet, it’s futile to speculate on a course of action. Don has probably built contingency plans to run Flickr in maintenance mode – layoff non-essential staff, cut feature development, and just let it exist as a place on the web – if he really needs to. So as he’s suggested, I don’t think Flickr is in danger of going out of business soon.

But it could figure out a way to re-energize its community in a defensible way. With Google Photos, Apple Photos, Facebook, Instagram, and texting, photo sharing has become highly commoditized. Building features to support obscure workflows as a competitive differentiator won’t solve the Flickr problem. But Flickr has a photo-loving community, and that’s its secret sauce. Rebuilding Flickr into the best community for photo enthusiasts strikes me as the clearest path to differentiating the service and getting into the black. For example:

Producing community-engaging “features” is easier said than done. And building staff to do so is a distraction for a software services company. But the nature of photo sharing has changed significantly in the past 15 years, while Flickr hasn’t. Flickr represents something significant in photographic history, but its place as a living monument isn’t guaranteed.

Skepticism around Smugmug’s acquisition of Flickr is perfectly warranted, but some of the cynicism and second-guessing is ignorant, mean-spirited, and trollish. Billions of photos, thousands of groups, and an icon of digital photography were at risk of being lost forever.

Flickr will have to evolve significantly to survive the next decade, but I’m not rooting for its demise. On the contrary, I hope that they can develop a compelling reason to inspire its next 500,000 users and make me plunk down my credit card.

Woman Tries to Get Out of Work with a Photoshop Fail