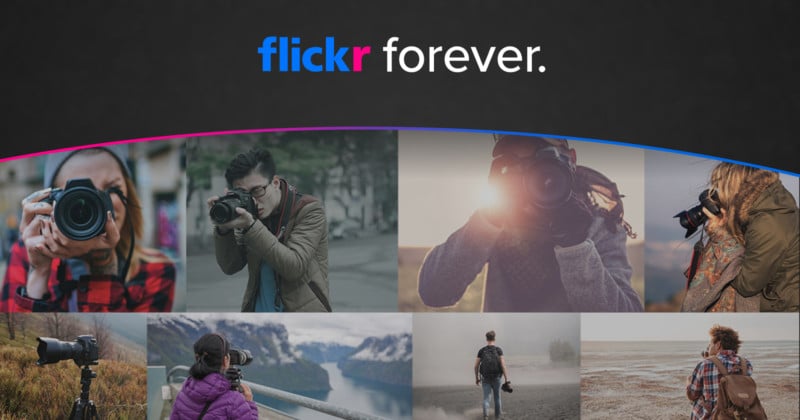 Flickr is taking a stand on artistic nudity. The company says that as the world’s largest independent photographer-focused community, it is encouraging the publication of any kind of photography without the fear of bans or account deletion.

The company says that it is fundamentally changing the way photographers safely connect with each other, share their art and work, and “find inspiration in all its forms,” which Flickr says includes the kinds of photography that often results in the removal or outright bans on other platforms.

“Until now, photographers have faced bans and deletion from nearly every online photography community, or at best operated in an ambiguous grey area, including on Flickr,” the company says.

Flickr, which was founded in 2004 and was purchased by SmugMug in 2018, says it is a community-first platform, not a storage solution, which led to this decision.

“Starting today, that all changes. From now on, photographers are encouraged to discover, share, and interact with photography without fear of removal. Photographers who create work that might otherwise be considered risqué by some will have a safe place online to interact with one another, share mutual interests, and put their art into the world without the fear of it being removed or them being banned entirely from the communities they’re a part of.”

Building a Safe Photography Space for All

Flickr argues that this policy will actually make it easier for those who don’t wish to engage with what are colloquially referred to as “not safe for work” (NSFW) photos to avoid them. The company says that, unlike other photography platforms, Flickr chooses the specific terms “moderate” and “restricted” in order to filter content accurately and to remove the stigma from the actual content of the art from what it calls “ambiguous, catchall terms.”

As a result, Flickr claims the millions of communities on its platform will be both safer and more inclusive, no matter what their focus is.

“This move will enable more photographers to practice their craft fully,” Don MacAskill, CEO of Flickr, says. “To us, that means they’re not just creating photography that can only live on their camera, but that they also have a home and a community to share those photographs with. By asking members with this type of content to subscribe to Flickr Pro, we can devote more resources to ensuring that their communities remain safe and well-regulated.”

Flickr will be updating its Terms of Service starting in the second quarter of 2022 and will maintain its 1000-photo limit for free users, with 50 non-public uploads allowed. Content that would be considered “moderate” or “restricted” per Flickr’s community guidelines will be exclusively part of its Pro membership tier.

“The same photography that was shocking and edge-pushing 30, 40, and 50 years ago is extremely commonplace today even in safe, regulated places,” MacAskill continues.

“What was once taboo is now widely accepted. Many online platforms are currently banning and deleting content that will likely stop being controversial someday. We want to be proactive about the audiences we know we’ll be serving well into the future and to preserve the legacy of photography being created today.”