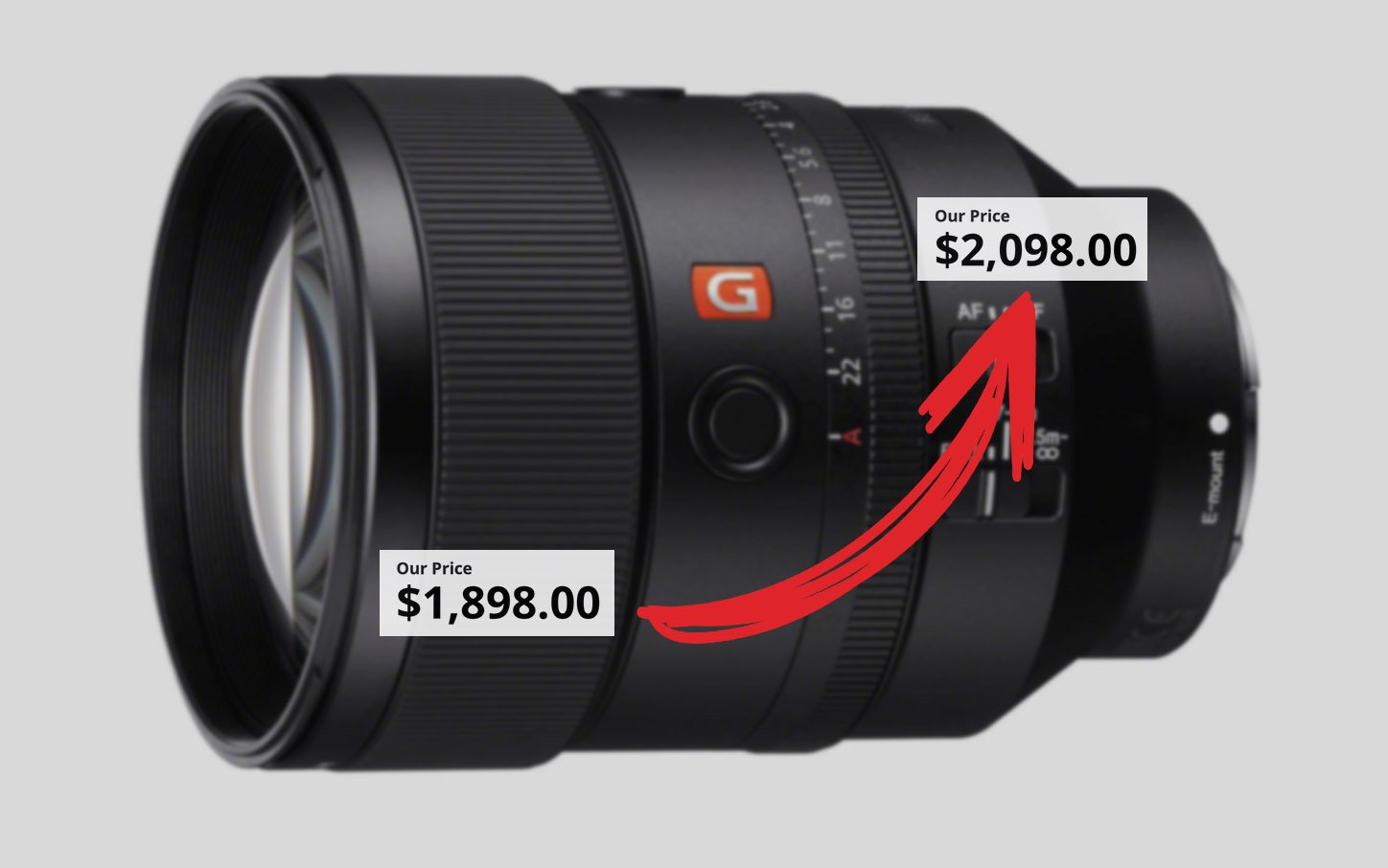 This past weekend, Sony quietly increased the price of its exceptionally sharp 135mm f/1.8 G Master lens by $200, raising the price from $1,898 to $2,098 overnight without any explanation. It’s left the industry wondering why, and some speculating that the US/China trade war is to blame.

The price increase was originally spotted by Sony Alpha Rumors, who speculated that it may have something to do with the current trade war between the US and China, and the new tariffs scheduled to go live on September 1st. This isn’t unreasonable. The Sony 135mm f/1.8 G Master lens is, indeed, made in China, so the new tariffs on consumer goods being imported from China will affect Sony’s bottom line when it comes to selling this lens in the US.

Here’s what you’ll see if you go online to purchase the lens today:

And here’s a screenshot from a Web Archive cache of the same sales page from June 30th:

It’s important to note that this isn’t the only Sony lens that’s being sold for more in the US. A few weeks ago, we reported that the Sony FE 35mm f/1.8 is being sold for about $150 more in the US than Canada. But that lens was released at the elevated price, the 135mm G Master is the first Chinese-made lens we’ve heard of that is seeing a price increase after it already launched.

We reached out to Sony and other inside sources two days ago when this news broke to see if they could shed any light on the reason behind the price hike, but haven’t heard back. We will update this story if and when we receive any additional information.