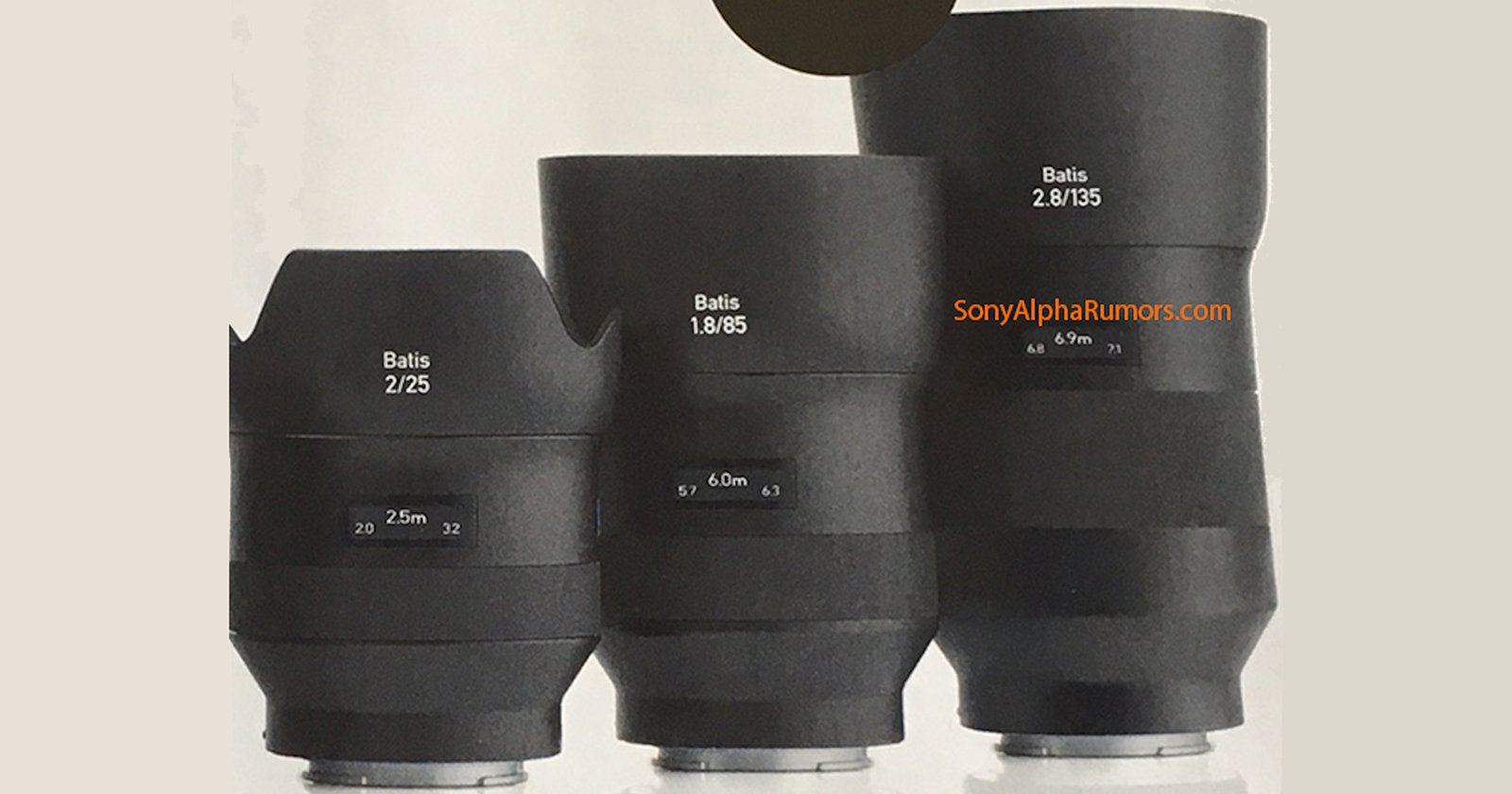 The Zeiss Batis 135mm f/2.8 is reportedly scheduled to be announced later this week, and you know what that means… lots of leaks. We’ve just got our first peek at the soon-to-be-announced lens and its spec sheet.

Sony Alpha Rumors received this image of the new Batis 135 alongside the already-released Batis 85mm f/1.8 and 25mm f/2. In addition to the photo, SAR also released a list of known specs, the most notable being its in-lens stabilization and a weight of just 614g. That’s relatively lightweight for a 135mm lens, but then again f/2.8 is also relatively dark when you compare it to the Sigma, Canon, and Nikon 135s of the world.

This is especially problematic when you consider the price. According to SAR, it will cost around $1,500, $100 more expensive than Sigma’s 135mm f/1.8 ART. Sure, that one doesn’t come in FE-mount standard, but you can get the faster lens in a Sony “kit” with an adaptor included for just $1,650.

For now, the Zeiss Batis 135mm f/2.8 is still “just” a rumor, but expect it to become a reality later this week.

The Ethics of Photojournalism